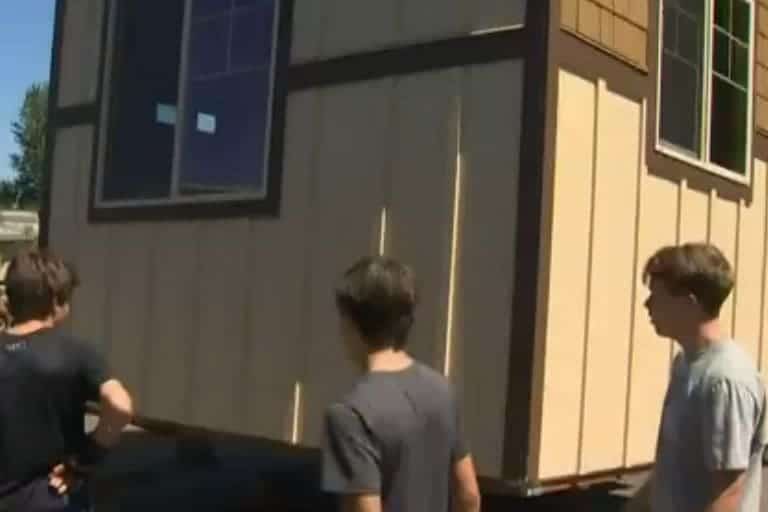 Portland’s Dignity Village is an intentional community with a number of tiny houses – but it’s also a homeless encampment, and there aren’t enough real tiny houses to go around. Many residents make do in tents or shacks, and that’s what Ray Broaddus, 56, had been doing since he moved there three years ago. His jerry-rigged dwelling couldn’t keep the rats out, though, and he was on the waiting list for a more solidly built tiny house. He was actually assigned one last year, but when it arrived it turned out to be a loft model. Because of a stroke, Ray can’t do any climbing, so the house ended up going to someone else.

As of August 5, 2016, Ray has a home of his own, thanks to 17-year-old Henry Morissette and the volunteerism requirements of his school, Oregon Episcopal. Henry, who’s going to be a senior this year, needed to do a certain amount of volunteer work to graduate. He decided to follow in the footsteps of his older brother, Ted, 20, who’d built a tiny house for another Dignity Village resident last year. Ted helped on this project as well, as did Henry’s 16-year-old younger brother Jack and a few of his classmates.

The 120-square-foot house they built is now sitting on concrete blocks in the village, keeping Ray warmer, drier and rat-free – and making everyone involved happy to have had a part in helping out:

“I’m just really glad. I never thought I could help as much as I did.” – Henry Morissette

“When I saw the guy… getting the house, it made me feel really great.” – Jack Morissette

“The kids are awesome. It feels good. It feels really good.” 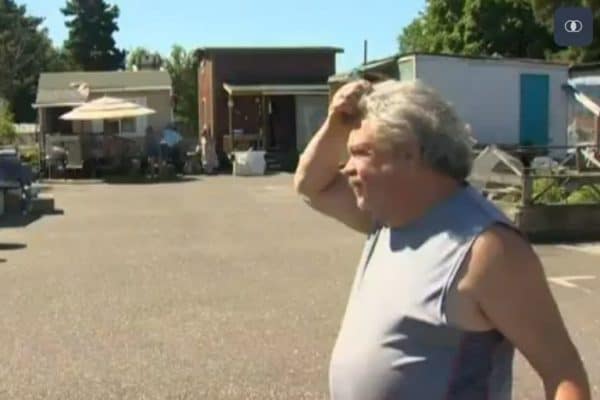 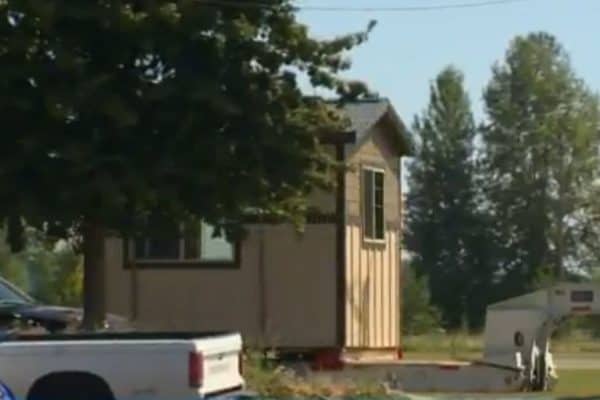 Ray’s house on its way to Dignity Village 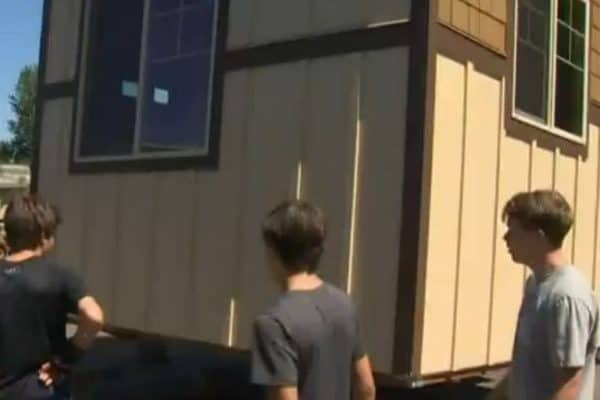 The construction crew inspects their handiwork 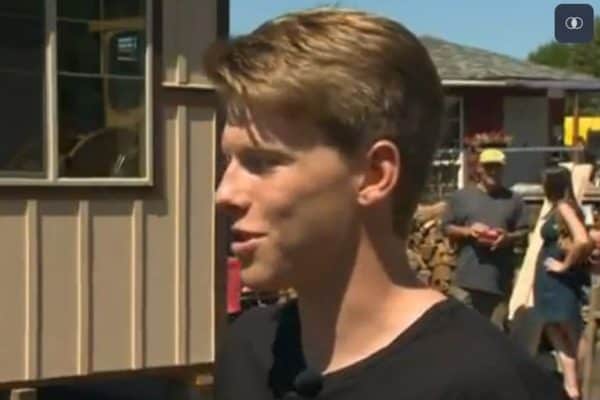 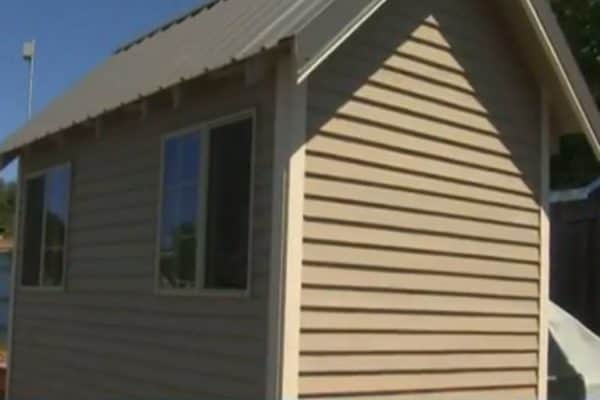 All set up and ready to move in