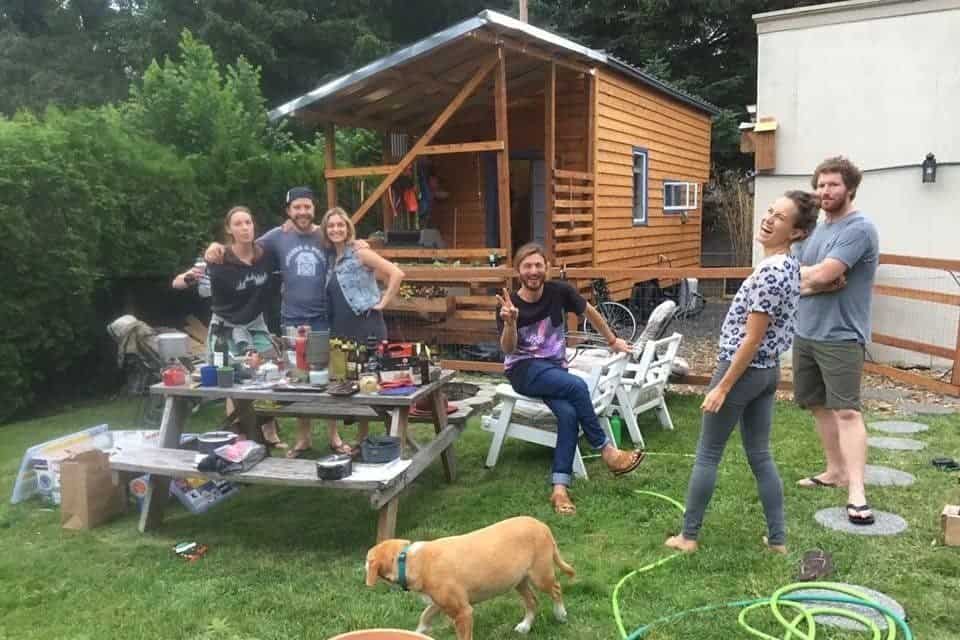 Portland, Oregon, is no stranger to the tiny house movement. Outgoing Mayor Charlie Hales and newly elected Ted Wheeler are both tiny house supporters, and the city even has a permitting system in place for people who want to add a smaller secondary “accessory dwelling unit” (ADU) to their property.

So why were Claire Teasdale and Bennett Frazier kicked out of the THOW they’d been living in for the past nine months?

In a word, wheels – the wheels on their house and the slowly turning wheels of the city’s bureaucracy. Under current regulations, a dwelling with wheels is an RV, no questions asked, end of story, and the only legal place for it is inside an RV park. There’s been discussion of exempting tiny houses from the definition, but the rules haven’t been changed yet, and until they are, city authorities say they haven’t got any choice but to enforce them as they exist.

Now, that’s not to say that there aren’t any other THOWs in Portland; as Claire points out, “We are not the only ones living in a tiny house.” Maybe the rest of them are better hidden, although Claire and Bennett’s house, parked between a garage and a hedge and fronting on an alleyway rather than a street, wasn’t exactly stabbing anyone in the eye.

Well, except one person… The reason Claire and Bennett have been singled out is that a neighbor complained. Rather unneighborly, you might say (who knows, maybe the person didn’t care for the “cute little community” that Claire says formed around the house), but it does kind of explain the actions of the city. An official who receives a citizen complaint about a clear violation of the law has to do something about it – even if he might be perfectly willing to overlook a different THOW he saw on his way to work.

So while this is an unfortunate turn of events for Claire and Bennett, who are now couch surfing along with their 80-pound dog, it probably doesn’t mean that Portland has suddenly become tiny house unfriendly. Just keep a couple of things in mind if you’re living tiny there: the time for THOWs hasn’t arrived just yet – and stay on your neighbors’ good side. 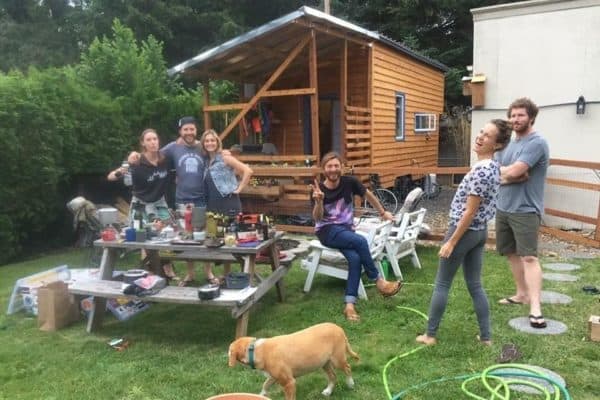 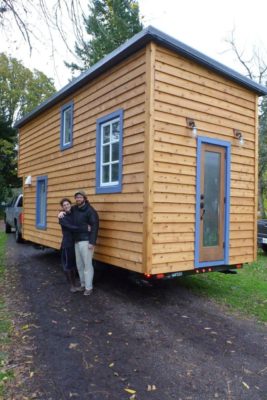 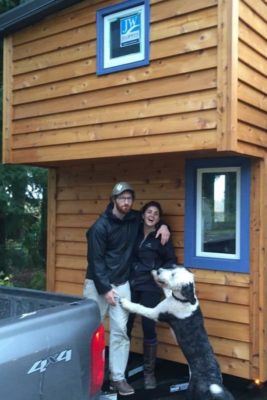 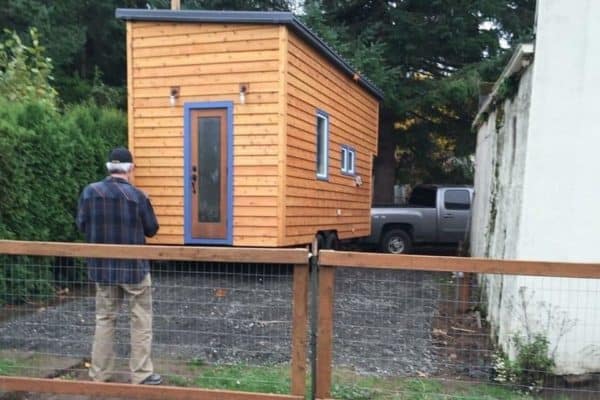 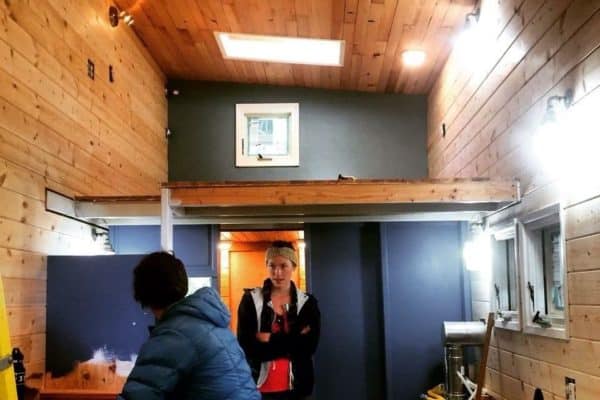 2018 update: No news on what happened with Claire and Bennett’s house, but a couple of wedding registry pages make it look like this couple’s going to have some very big news on June 9th. Congratulations and best wishes!