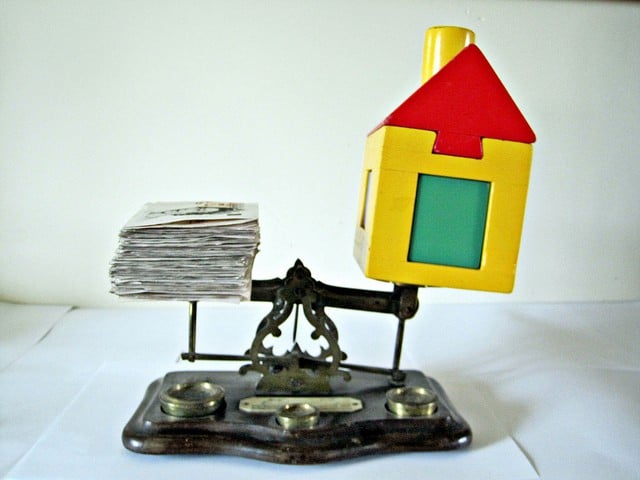 “Luxury tiny house” – to some, this phrase seems like an oxymoron. And in many respects, it might be. Every time we share a tiny house that costs over $40k, the inevitable comments come forth, decrying the price as way too high, slamming it as an antithesis of the frugal simplicity which serves as a pillar of the tiny house movement. Case in point, recent profiles of the luxury tiny house built by Chris Heininge, or the “humble handcrafted” one made by Ryan, or the new design from Tiny Heirloom. These range in price from $60k to $80k, and below are just a sample of the types of responses we see scattered in comments:

We don’t have room to highlight them all, and in fact one person made a nasty comment that builder Chris Heininge was “smoking crack” and must be trying to extort people out of their hard earned money. In case you don’t know, Chris is a modest guy who spent twenty years as a missionary helping others build homes around the world. He doesn’t seem like an extortion artist or crack smoker by any account.

And just this week HGTV premiered a new show, “Tiny House Hunters”, where interested buyers look for the perfect tiny house to fit their budget and lifestyle. While a good many folks praised the show for bringing awareness to the movement, just as many seemed really pissed off about the prices.

Here’s a smattering of comments pulled from one Facebook thread on the subject:

“HGTV needs to stay the hell out of the tiny house movement! There tiny house hunter show sucks! Prices are off the chain!”

“But the good thing is, if you build a tiny house and only spend $8k building it, you now know there is a sucker out there willing to pay $50-$75k!!! Now that’s some huge profit margins!”

“Looks like the greed factor is hitting the Tiny House Market.”

Those are some strong words, and people have every right to voice whatever opinion they have. But how justified are these sort of comments? Is there a rule that says tiny houses must not exceed a certain price? We haven’t found one. In fact, the average cost per square foot for a tiny house far exceeds that of a “regular” residential home, and the total cost really depends on what sort of extras you build into the design.

You might be surprised at some of those costs. The truth is tiny houses normally cost between $200 and $400 per square foot. Only two states in the country have higher square foot costs associated with a normal residential home. In California the price is about $260 and in Hawaii it tops out at $420. Compare that with Alabama, where it’s closer to $100 (source).When you consider the average single-family home price in this country of around $324k, it doesn’t seem that outrageous to spend $40-80 grand on a tiny house. 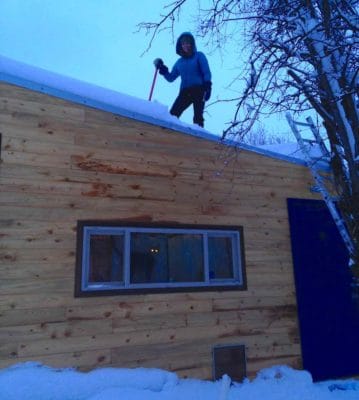 Aside from the higher cost per square foot, a number of other factors influence how much a tiny house might cost. In a story just published on Base Camp, the couple explains how they outfitted their Leaf design with high quality recycled materials like ReWall, extra insulation from Thermablok, and other amenities that make it possible to live comfortably in Jackson Hole during winter. Using those materials was a design choice they made, and it came with a price tag.

Here’s what they have to say about their total spend:

“…we came across several fairly basic tiny houses supposedly built for $20,000, but by the time we added solar, propane appliances necessary for off-grid living, and a variety of high-end non-toxic materials, our house cost closer to twice that amount.”

On the opposite end you have people like Dave Herrle, who built a 154-square-foot home out of mostly reclaimed materials in just six weeks for a paltry $4,000. That comes out to a measly $25/square foot. He’s an exception though, a skilled carpenter with the means to accomplish such a feat. However, the “Wee House” as it’s called doesn’t have running water, and although it has a kerosene heater, on the coldest winter nights they must retreat back to his brother’s house to stay warm.

On one end we have a group of do-it-yourselfers who can spend all the time in the world building their tiny house, whether it takes six weeks or six years. They have the tools, the patience to learn, friends to lend a hand, and most importantly, the time. According to The Tiny Life, the average cost of a tiny house built by the owner is $23,000.

A lot of folks have full time jobs, zero experience, and no desire to spend every free hour learning to build their own home. It’s nothing to be ashamed of, just a simple reality. For that group, the only option may be to hire a contractor or buy a ready-made tiny house. Without building it yourself, the cost easily jumps to $30-40k. If a builder sells half-finished shells or complete turnkey tiny houses, they deserve to be paid for their time and energy, their experience, and the resources that went into the product.

A lot of people like to point out how they bought a 750sf home for $25k. In rural Tennessee. Try finding a lot the size of a parking space for that price in the Bay area. It’s impossible. Depending on where you live, real estate prices may be higher or lower than other parts of the country. Freedom to roam represents another core value of the movement, and brings different meaning depending on who you ask. If you need to spend an extra $20k on material to winterize your home to make it livable, that’s your choice. They want the ability to move their home wherever they please, from a winter destination in Jackson Hole to a summer spot like Santa Barbara. This sort of flexibility is priceless to many.

Living off the grid certainly comes with its own set of advantages in terms of saving money. There are no electric bills, no water bills, or even property tax to pay. On the other hand, it usually means living far away from society, from a job, and from family or friends, which might be exactly what you’re going for. But as you get closer to a major city, land becomes more expensive, zoning restrictions and taxes more abundant. Again, that’s OK if the location fits your personal needs.

One basic reason for the higher price per square foot in a tiny house arises from the need for innovation. When you pack a bunch of appliances and energy-saving features into a small space, naturally the price per square foot increases. And while using sustainable materials makes sense in the long run, they result in a higher building expense. The traditional home building process brings a certain amount of standardization with it, and lower costs as a result. Simply put, prices drop when things scale up. Simple economics suggest that higher demand and more competition result in lower costs of goods and services.

Of course, we do see the occasional build that clocks in under $10k, but those homes often lack some of the creature comforts like running water, stable electricity, and appliances. Pioneers like Macy Miller and Dave Herrle prove you don’t need to spend tens of thousands. They serve as inspirational examples of what can be done with limited resources and few needs, but a small family may need something more.

Saving money is perhaps the biggest reason for downsizing, and we’ve seen a great number of tiny houses built by people with no prior experience that clock in around $10-20k. There are of course exceptions, like the couple who built their woodland paradise for $4k and the guy who went offgrid to build his own home for about the same.

In “For the Record: The Tiny House Movement is NOT About Cheap Houses” they summed it up perfectly, saying:

“The movement isn’t about money at all, it’s about the freedom to live within your means, whatever those means are.”

In fact, that might be the single best defense for anyone who faces scrutiny for their choice to spend $XX amount on a tiny house. There’s something to be said of the person who makes six figures and lives modestly. They embody the same principles and values, maybe even moreso, as they actively choose to live below their means. Ultimately it’s up to you to know what you can afford and to decide what fits your lifestyle, and while 500-square-feet is viewed as the threshold for defining a tiny house, there is nothing saying they must cost under $20,000 or any other arbitrary dollar amount.

Some people like to point out a great RV can be had for a similar price, and that’s true. But you sacrifice the unique design quality that many of these homes bring. There’s no beetle-kill wood counters or reclaimed barn siding on a Coachmen RV. Building your own house allows you to infuse your own sense of style into the design, to create something unique and unlike anything else. The end result brings a depth of soul and character into your home that’s totally fresh.

The Rising Tide Brings Solutions for Everyone

With this burgeoning interest bringing tiny houses to the mainstream public’s awareness comes a growing demand for solutions on both sides of the market, from the cheaper minimalist “pop up” style houses to completely custom, spare-no-expense ones. In fact, it’s probably a good thing that luxury tiny houses are popping up because it signals a shift in the movement. We hope this growing demand results in more builders and manufacturers who can cater to these needs, and in particular we want to see a focus on the lower end of the market, where developing affordable solutions brings a greater impact for those who struggle to make ends meet.

Ultimately it’s up to you to weigh the options and decide what you can spend. As someone who foreclosed on a $250k house when the recession hit, I can fully appreciate how a home costing $80k would have been a more manageable option, even if it falls on the higher priced end of the tiny house pricing spectrum.

Finally I wanted to leave you with one of my favorite verses from Alexander Pope’s “Essay on Criticism” which seems particularly relevant to this discussion:

“Tis hard to say, if greater Want of Skill

Appear in Writing or in Judging ill,

But, of the two, less dang’rous is th’ Offence,

To tire our Patience, than mis-lead our Sense” (source)

Criticizing is all to easy, but often very thin in terms of substance. Humility on the other hand goes far when it comes to furthering a discussion and fostering understanding. Regardless of the total spend, building tiny brings a focus on certain values such as living within your means, wanting less, and experiencing more. Does that mean spending above a certain amount abandons those values? Not at all.

In case you want to dig further on the issue of pricing, you might find these articles useful: