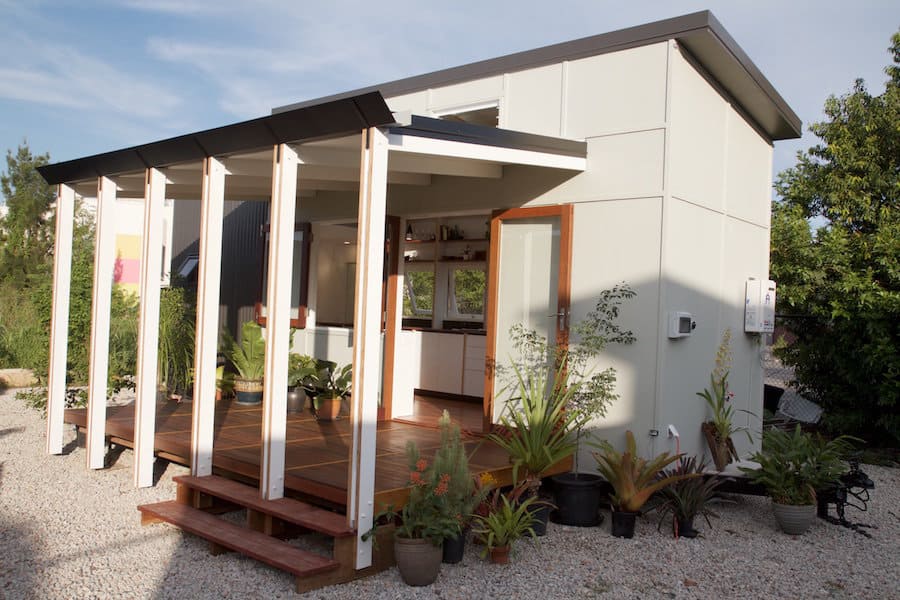 We come to you today with a novel design from a new Australian builder, The Tiny House Company of Brisbane. Graduate architects Lara Nobel and Andrew Carter designed the 194-square-foot home and built it in collaboration with company co-founder and veteran homebuilder Greg Thornton and a team of tradespeople. You wouldn’t think so at first, but the largely reclaimed timber structure is a trailer house; the expansive covered deck can be easily broken down when moving to another location. Inside, a galley kitchen runs almost the full length of the visible area (there is a bathroom under the storage loft at the far end). The kitchen area is surrounded by rows of large windows on each side, all of which open fully for outstanding cross ventilation.

Near the entryway are the living room and the house’s most unique feature: a remote controlled bed which climbs to the ceiling during the day, leaving almost eight feet of headroom underneath it. There’s even more space above it at bedtime, so sleeping won’t feel cramped like it can in some loft bedrooms. While there’s not a lot of floor space (or privacy) in the living/sleeping area, it seems like this idea could work well for somebody who wants a lot of fresh air and elbow room when cooking and isn’t interested in climbing stairs to go to bed. 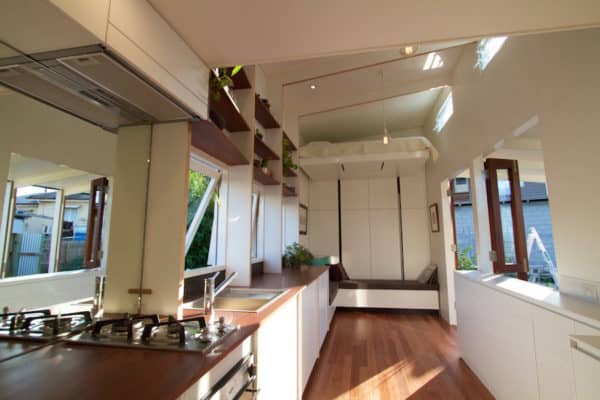 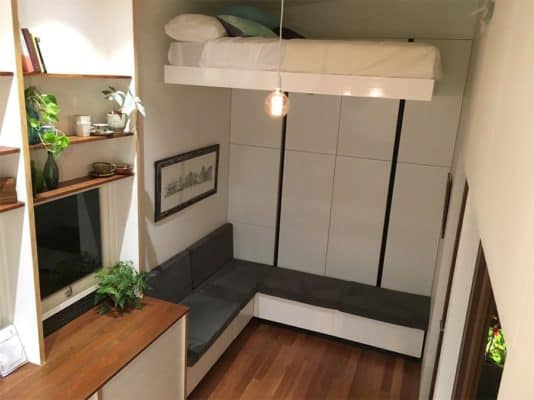 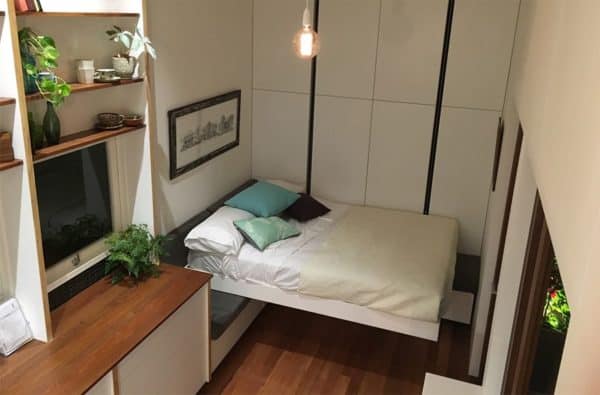 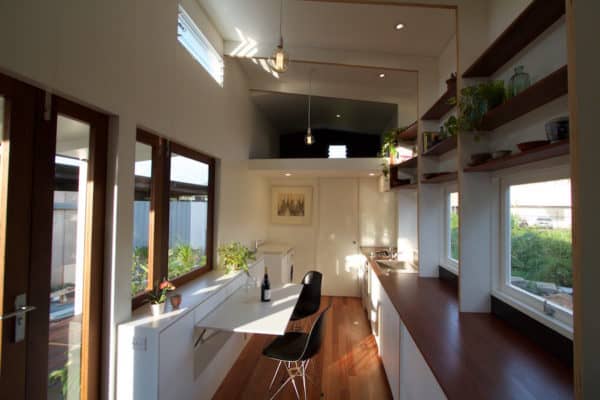 Unfortunately fancy gizmos that do things like raise/lower your bed at the push of a button come with a price. With estimates ranging from 120,000 to 150,000 Australian dollars ($92,000 to $115,000 US) we’re getting into rare gemstone territory here, and this house will probably be too exorbitant for many prospective buyers. The good news is that The Tiny House Company is developing plans for a lower-cost deck-less model that will come in at around $80,000 Australian/$60,000 US. We’re in awe of the final product of this project, and we can’t wait to see what else in in store from The Tiny House Company!

2018 update: The Pod C has been renamed the Swallowtail, while the prototype unit described in this article (now called the Portal) has been remaindered and will be for sale as of mid-year – contact The Tiny House Company to see if you can make a deal on it.