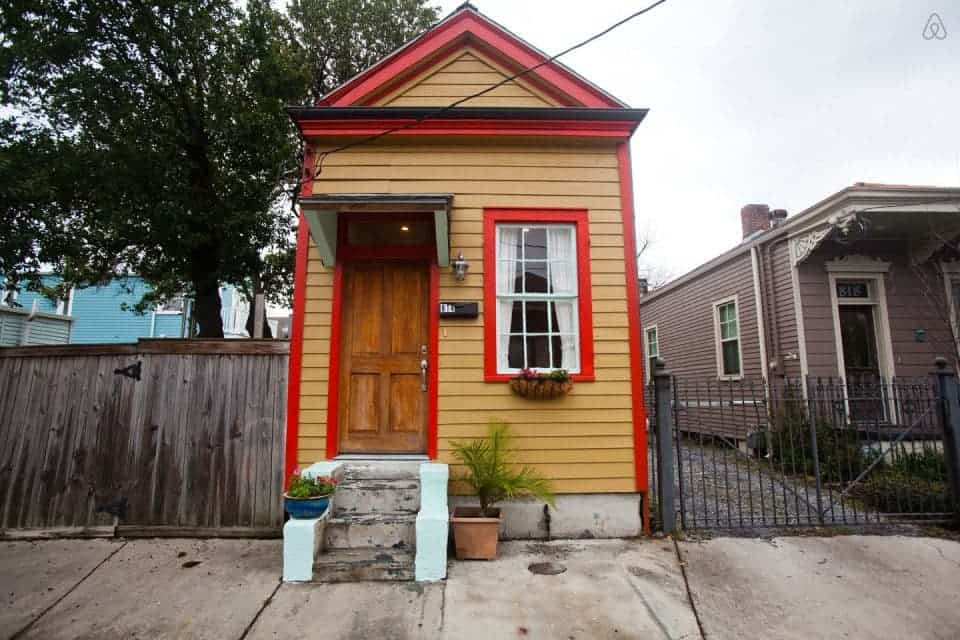 The shotgun house is a simple design with a complex history. It’s a skinny house with all the rooms in a row; most often there’s a living room in front, followed by a bedroom or two, maybe a bathroom, and then a kitchen at the back end. Hence the nickname, “shotgun” house. Although they haven’t been built in any quantity for around a century, they’re fairly widespread throughout the American South, and the largest concentration (such as the example we’re featuring here) can be found in New Orleans, where they seem to have originated among the Haitian community in the former French territory. It’s believed that their roots may stretch even farther back across the Atlantic to traditional African designs.

This one’s located in New Orleans’s Irish Channel neighborhood, just a couple of blocks from Magazine Street and near Audubon Park and the French Quarter. We don’t know how old it is, but the 400-square-foot space has been thoroughly remodeled to include a bathroom, modern kitchen, and other conveniences. Nontraditionally but effectively, the kitchen’s in the middle of the house and is open to the living room to create a larger space for eating and socializing. Beyond that are the bedroom, bathroom, and finally a small backyard. 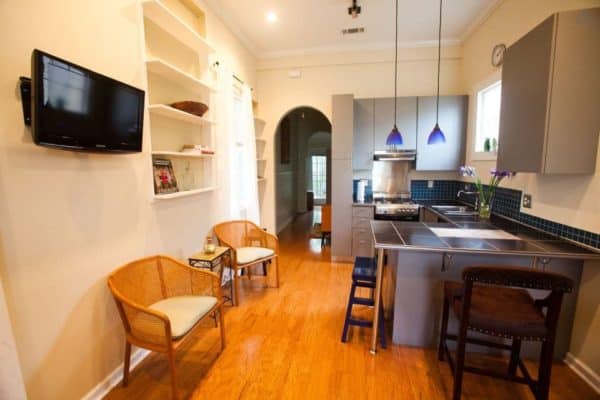 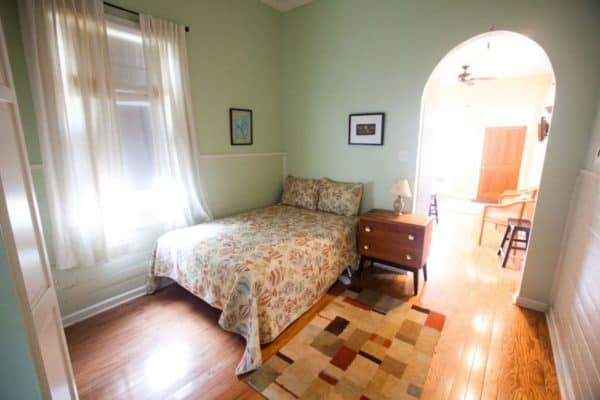 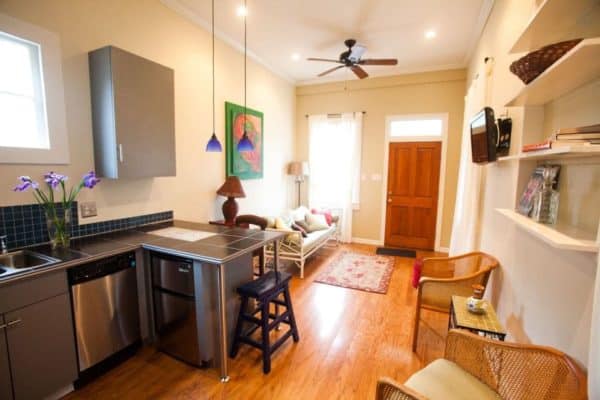 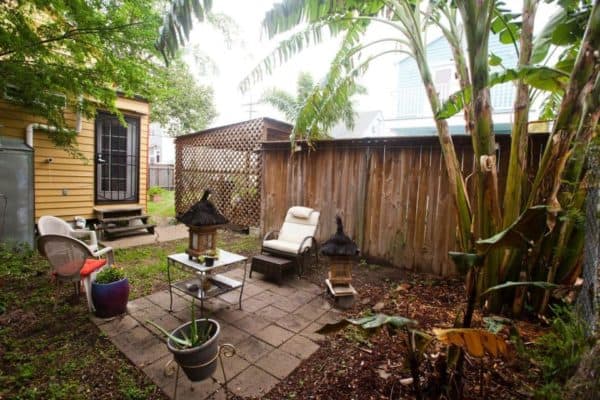 If you’re planning to be in New Orleans for a while, the house is available on Airbnb for long-term stays at $1,600 a month. (It may be possible to stay for a shorter period, but you’ll have to negotiate that with the owner individually.)