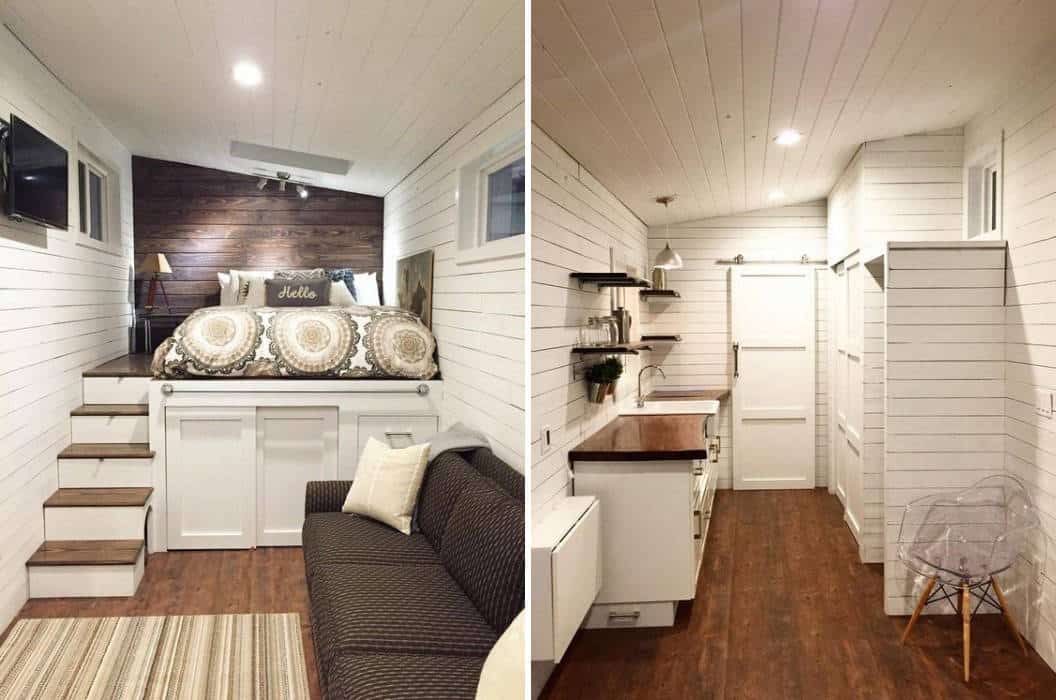 First comes love, then marriage, then a beautifully inspired tiny house. Brian and Skyler Thomas had been married for less than six months when they began their tiny house project. As they’d both majored in Building Science/Construction Management at Auburn University they had considerably more experience with construction techniques than matrimony, and the build went smoothly. (Don’t worry, so did the marriage!) They kept a very detailed blog, Wandering on Wheels, during the first six months of the process, but unfortunately the pressures of multiple jobs put an end to updates in the middle of the plumbing and electrical work last fall. However, I think you’ll still enjoy their beautiful build! 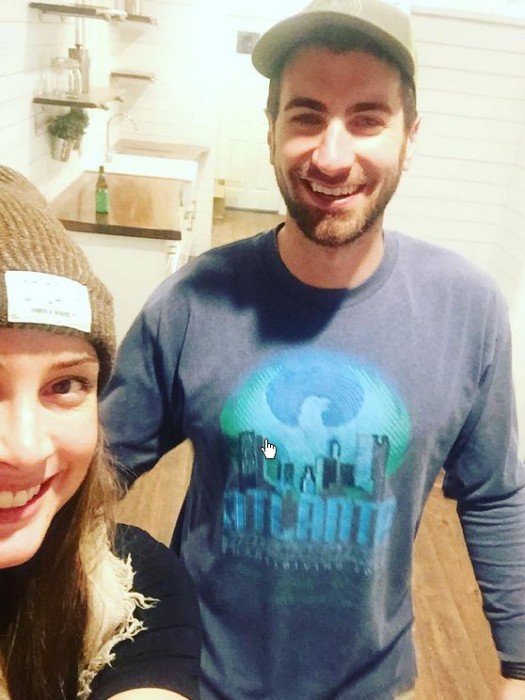 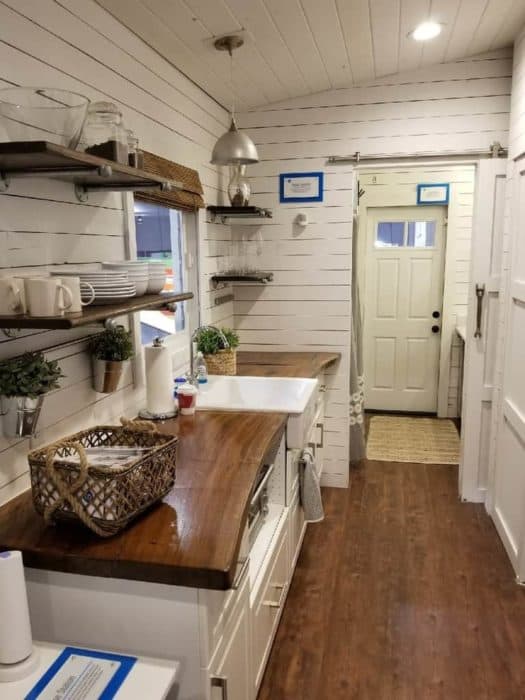 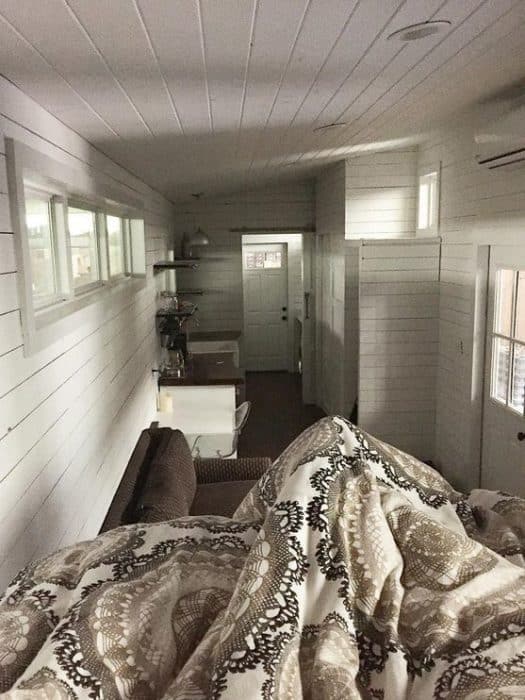 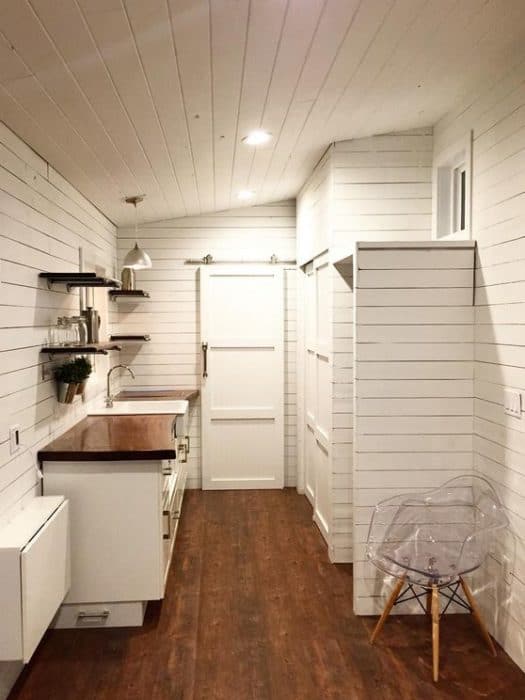 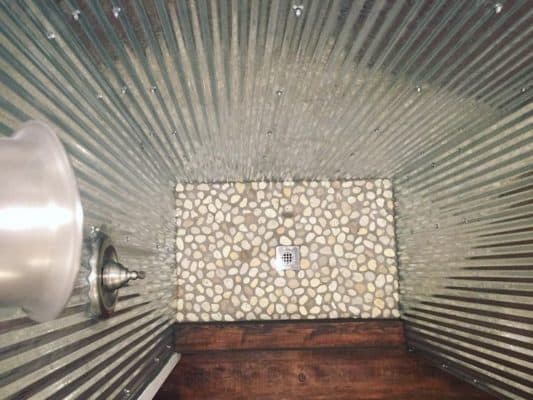 Brian and Sky have continued to post pictures on Instagram, though, and having completed the finish work are now in the process of moving in and decorating their tidy, white-walled 200-square-foot tiny house on wheels. They’re also thinking very hard about how to accomplish the next step of their journey: moving the house out west and finding a way to make a living there. They’re focusing on Colorado, Idaho, Montana and Wyoming, and say they’d really appreciate emails on outdoor/construction work and places to park their trailer in those states.

2017 update: Brian and Sky ended up in western Colorado, where Sky now sells hand-sewn bandannas and headbands as SugarSky. They stayed in their tiny house through 2017, then sold it to home security company SimpliSafe, who’ve installed a high-tech security system and sent it around the country on a promotional tour. 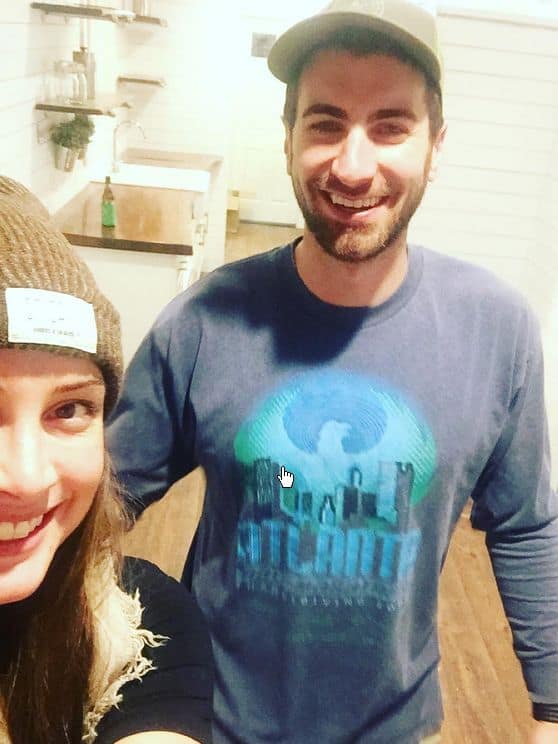