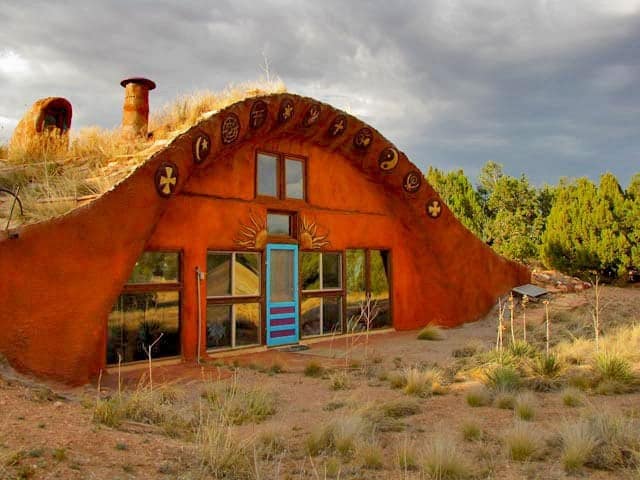 Many people are attracted to sustainable, off-grid dwellings because they’re such an environmentally friendly way to live. As a professional survivalist, Cody Lundin took another route to what he calls his “self-reliant” home: he wanted to live in Nature, and he didn’t want to depend on anything else for his safety and comfort. As he describes in his book When All Hell Breaks Loose: Stuff You Need To Survive When Disaster Strikes, Cody’s first consideration in designing his Northern Arizona home was maintaining normal room temperature, which he sees as the primary purpose of a house.

He was so successful that the interior stays in the 70s year-round despite outside temperatures that range from single to triple digits. Sunlight entering through a carefully calculated optimal number of windows heats the house’s stone floor during winter days; during winter nights, the floor reradiates the heat. Meanwhile, the earthen roof and its strategically placed overhang keep most of the light out when the sun reaches its high point during the summer. 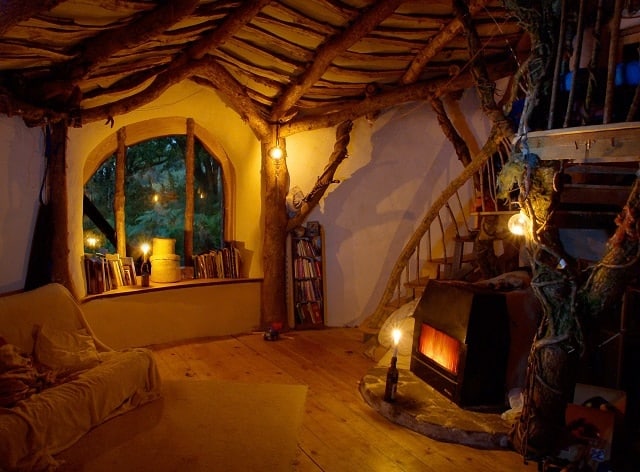 That doesn’t mean the house is dark, though; a little sunlight is allowed inside and guided throughout with mirrors. Cody’s water comes from a rainwater collection system, and is also solar-heated. He does use some electricity, for his computer, microwave, washing machine, and night lighting, and that’s all provided by solar panels. The only external input is the propane Cody buys for cooking, and even that’s not an absolute necessity – there’s also a solar oven capable of heating most any meal on sunny days. 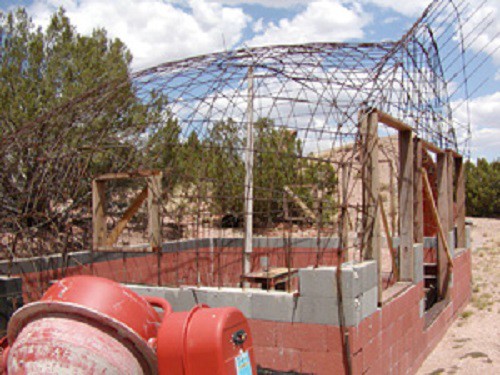 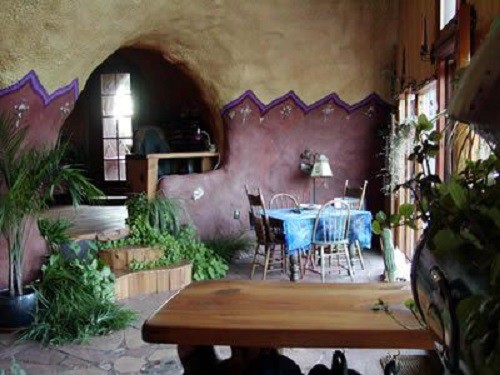 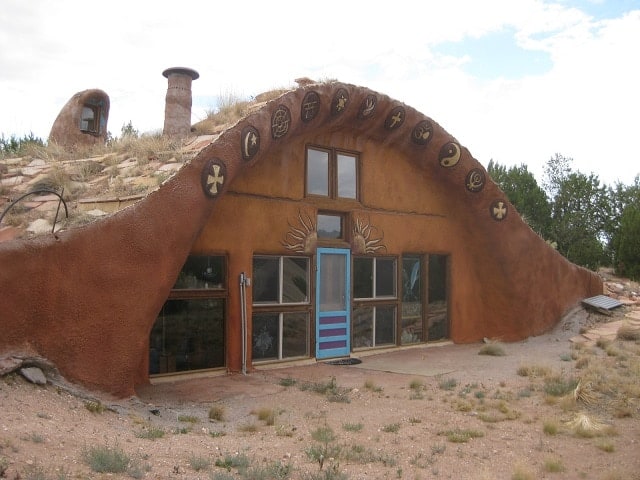 You can read more about Cody’s exceptionally self-sufficient home on his website, where you can also sign up for the survival courses he teaches at his Aboriginal Living Skills School.