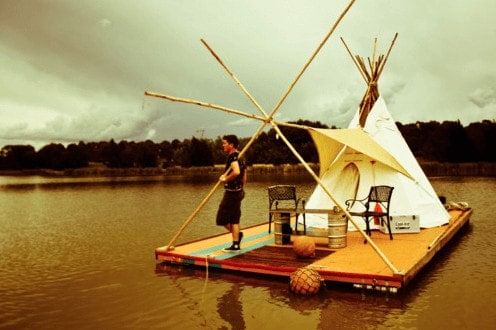 Back in 2011, William Woodbridge was an unknown design student at the University of Canberra. Come 2017, he’s slipped back into an obscurity so complete that we have no idea what he’s doing. 2012, though, was quite a year for Bill, beginning with homelessness and evolving into a nationally-covered legal battle with the government of the Australian Capital Territory. 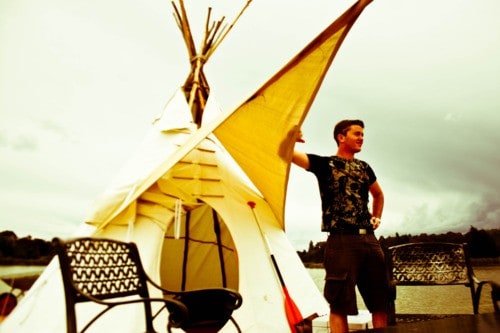 It all started when he set off a smoke alarm while cooking in his dormitory. That resulted in a $380 fine, which – given that he was already struggling to pay the accommodation fees – was just too much for Bill. Too much to pay or to take, depending on who’s telling the story, but in any event he moved out of the dorm and into his car. And then into a tepee boat which he built and set afloat on Lake Ginninderra. 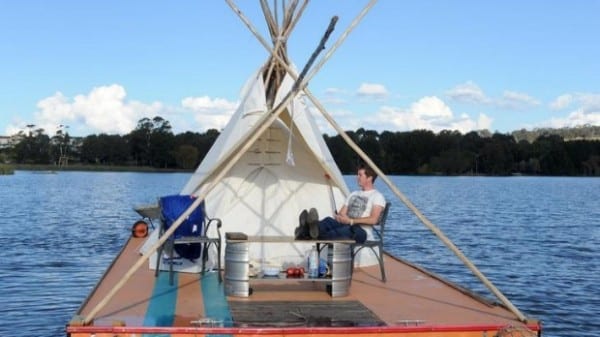 When blogger Jason Lu visited him two weeks later, Bill was doing fine, railing against Campus Living Villages (the company that managed his dormitory) and boasting of his healthy lifestyle. He kept his food in a cooler, his valuables in a locker; his tepee kept him dry and comfortable, and he even had a TV powered by a small generator. 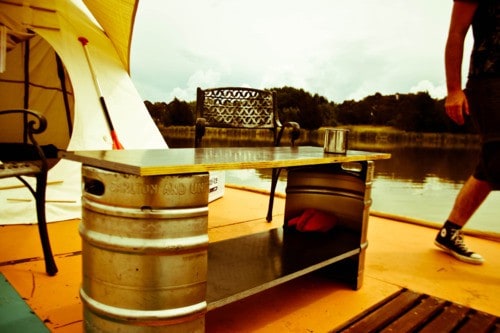 Then Bill ran not aground but afoul of a 1976 law making it illegal to reside on a boat on the lake. He was facing a fine that made the one he’d gotten for the smoke alarm incident look like a slap on the wrist, $3,300, although the government offered to waive it if he would leave by their deadline. 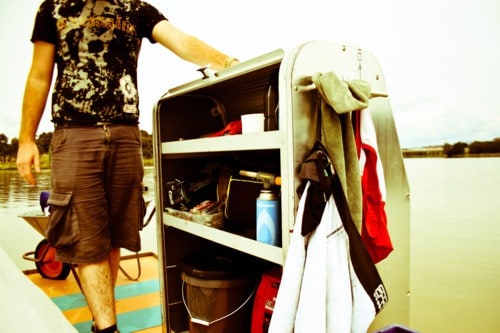 Thoroughly fed up with all those pesky regulations and penalties, Pirate Bill stuck to his guns and enlisted the help of an Indigenous Australian elder to appeal the eviction notice to the Supreme Court. It seems the government wasn’t looking for that kind of a fight, because although they wouldn’t let him stay on the lake they soon began making offers of onshore accommodation. 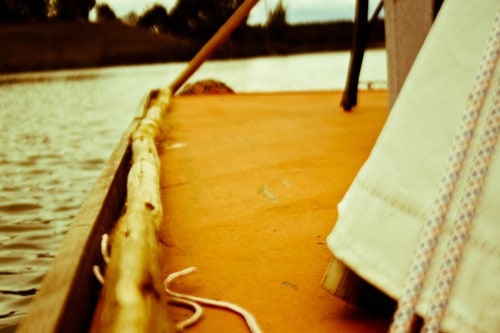 After three months on the tepee boat, Bill finally accepted the third of those, which put him in public housing in nearby Belconnen and put an end to his 15 minutes of fame.