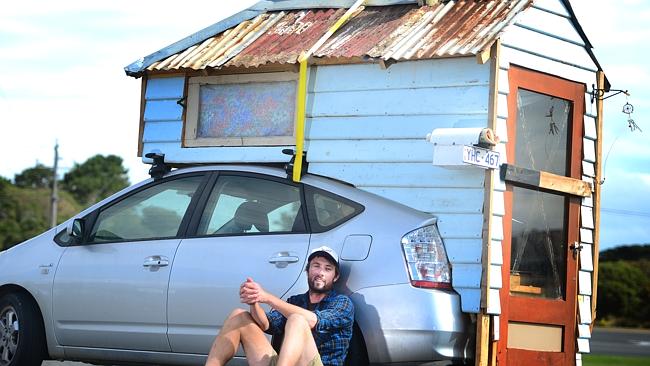 The Herald Sun is reporting an interesting story about a guy who hacked his Toyota Prius apart and installed a miniature house over the trunk. James Lawler says he spent just $150 and used mostly found scraps to complete the build, which took him just over a week. He used rusted tin for the roof, and a stained-glass window, and adorned the rear with a special holder for his license plate and even added a small dreamcatcher for decoration. He built it for a music festival, and it reminds us of something you might find at Burning Man (though we aren’t sure any gas-powered cars would be allowed there, even a Prius). While it served its purpose well, he plans to dismantle the rig and re-assemble his car back to its normal state. We just hope he takes a few more pictures before he does. 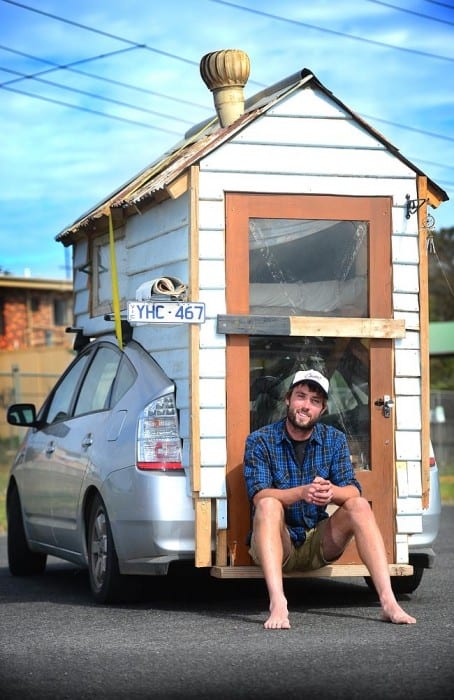