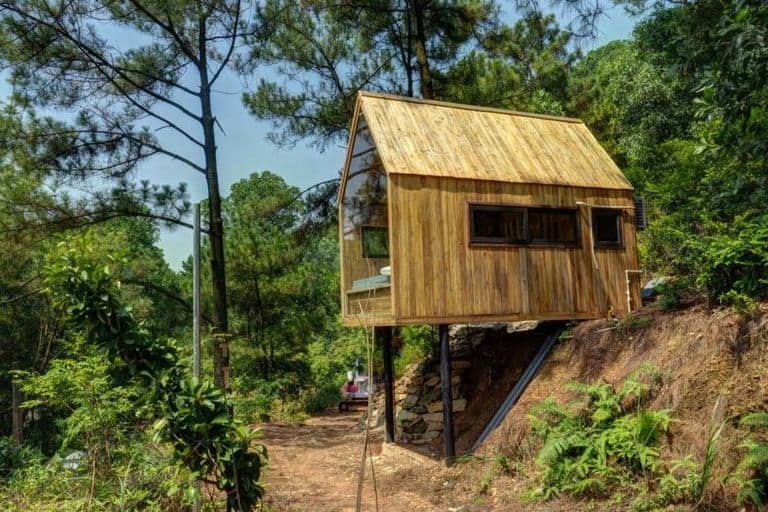 As weekend cabins go, Chu Văn Đông’s is a stunner. The young Vietnamese architect built the 129-square-foot Forest House on a woodland slope near Hanoi. Well, at least some of it’s on the slope; supported by steel stilts, most of the cabin extends into the air in a style very reminiscent of Baumraum’s Hudson River Valley tree house. At a claimed project cost of only $3,000, though, we’re willing to bet that Chu Đông got this done for a little less than Baumraum billed! The low total is due to the simplicity of the design and construction. Besides those stilts, the structure is basically just local lumber and plate glass. However, there’s actually quite a lot inside, including an air conditioner, a wood stove and a half bathroom. There’s also a Jacuzzi right outside. For now, Chu Đông will be staying here himself, but he’s building two more units next door and the eventual plan is to rent them out. 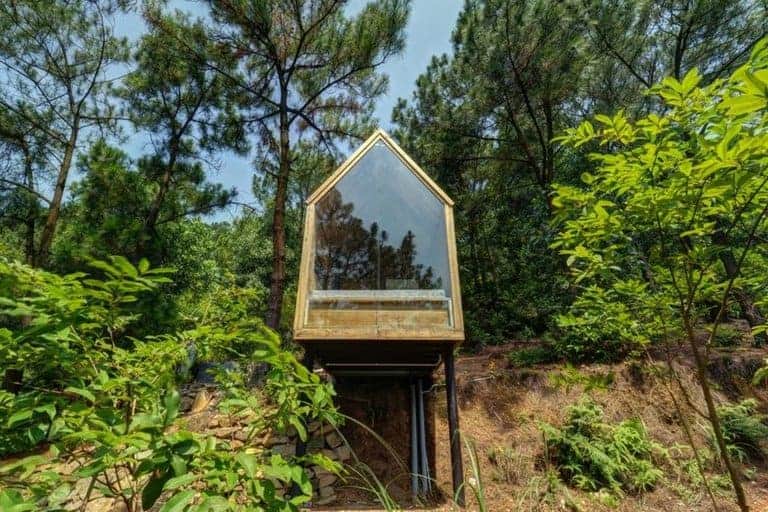 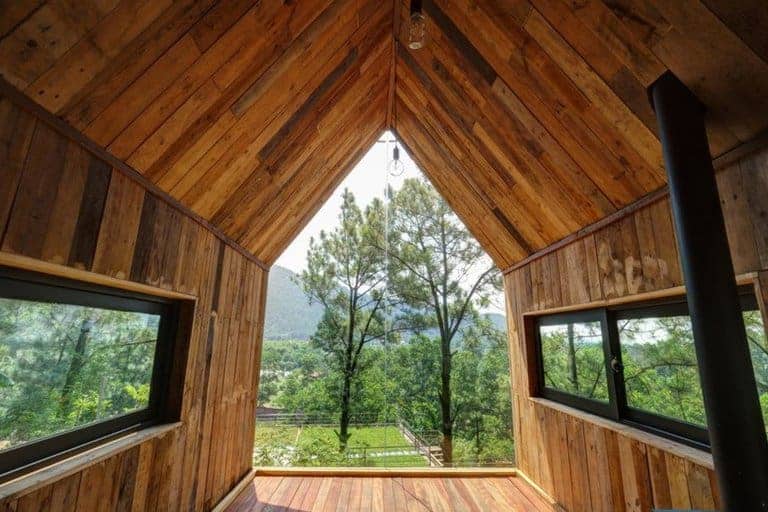 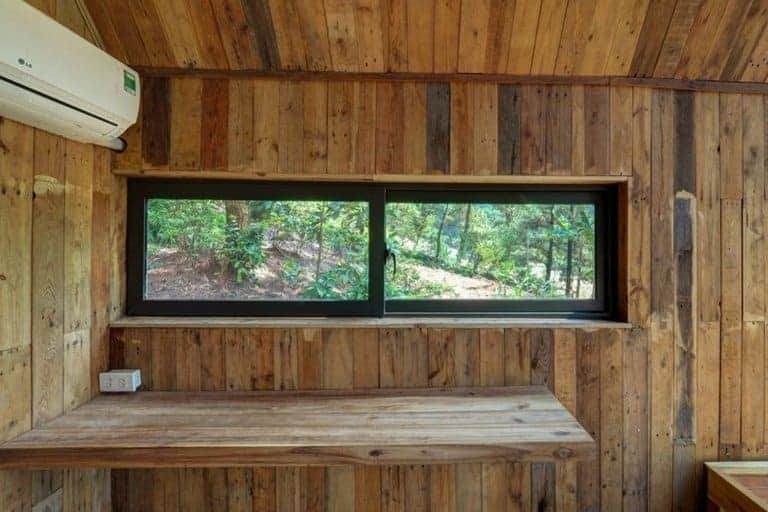 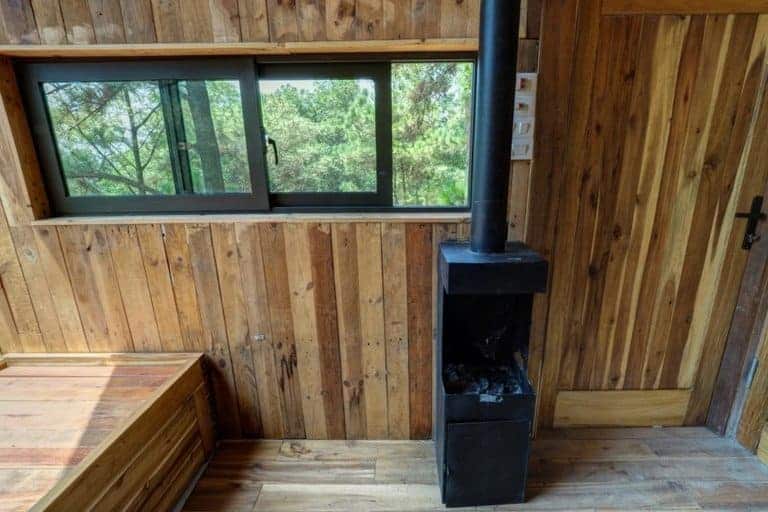 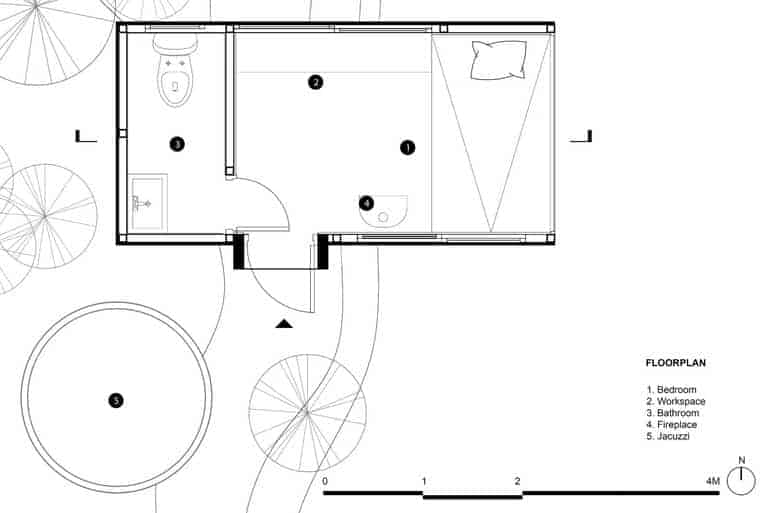