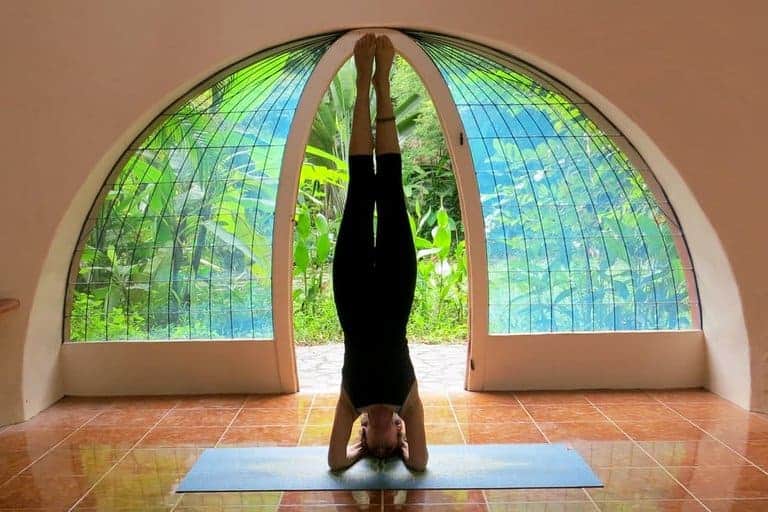 Longtime readers may remember Steve Areen’s gorgeous $9,000 dome home, which he built in 2011 while visiting his friend Hajjar Gibran’s Gibran Center retreat in northeast Thailand. The brick and cinder-block construction undoubtedly produced some very nice results, but Hajjar and Steve were interested in improving the design by using more sustainable, ecofriendly materials. They initially considered compressed earth blocks, but finally settled on AirCrete, basically a low-density concrete made by mixing cement with foam (which can be produced from ordinary dish detergent). 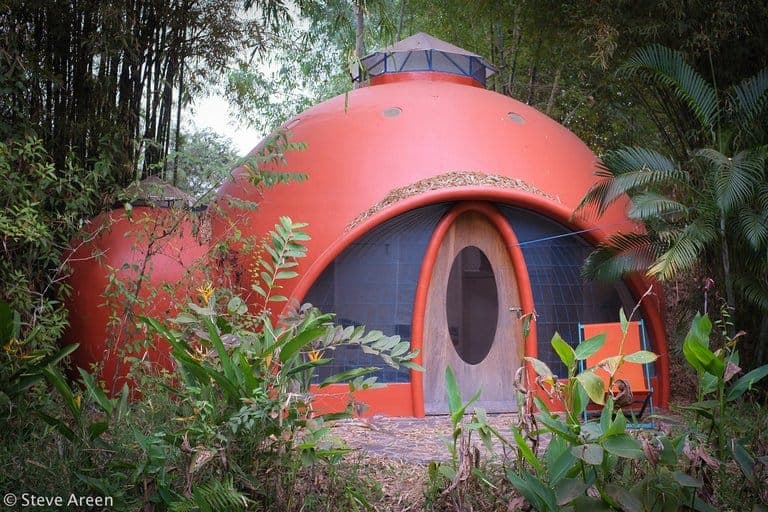 Hajjar had never heard of AirCrete, but he was fascinated by what he learned. Compared to regular concrete, it uses much less cement (and no aggregate), so it’s less expensive and has a smaller environmental footprint. It’s easier to work with – 80% lighter, can be cut with a handsaw, and accepts screws and nails. It’s also a superior insulator. 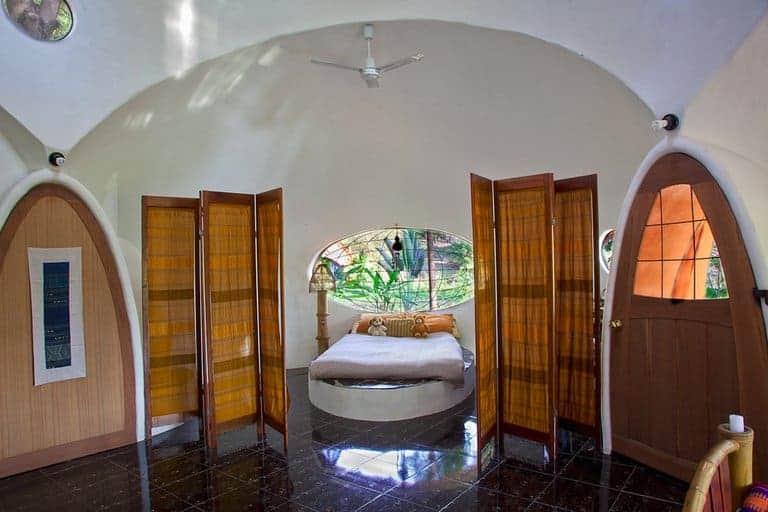 There was only one problem: While the materials for AirCrete are cheap and widely available, commercial equipment for generating foam of the right consistency and properly mixing it with the cement runs to the tens of thousands of dollars.

Hajjar decided it was worth looking for a way to make AirCrete accessible to DIY dome builders, so he enlisted the help of his son, Joel, CEO of Infinite Automation Systems. Together, they developed the Little Dragon, a small foam generator that mates to a 5-gallon bucket, as well as a compact lightweight continuous mixer powered by an electric drill. 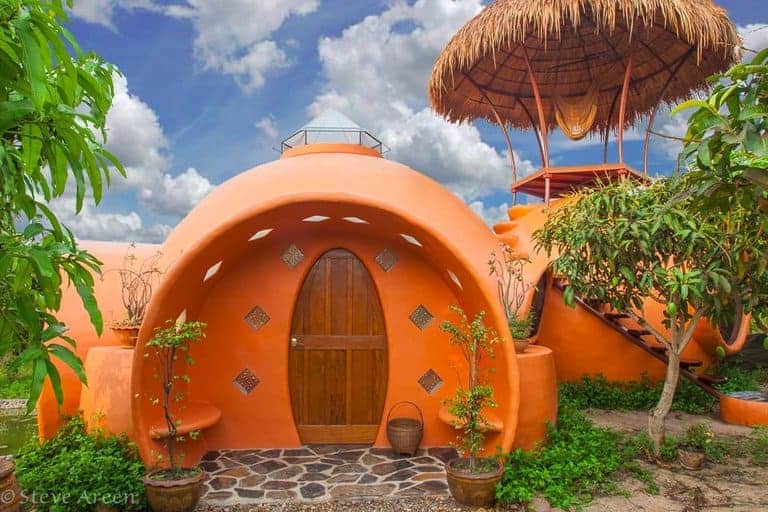 They’ve now formed a company called DomeGaia and are selling the Little Dragon for $499 ($359 as a kit / plans available at $39 for die-hard DIYers); the mixer goes for $159. DomeGaia also offers dome building workshops – the next few are in the Philippines and Mexico – and detailed plans for Steve’s original dome home. 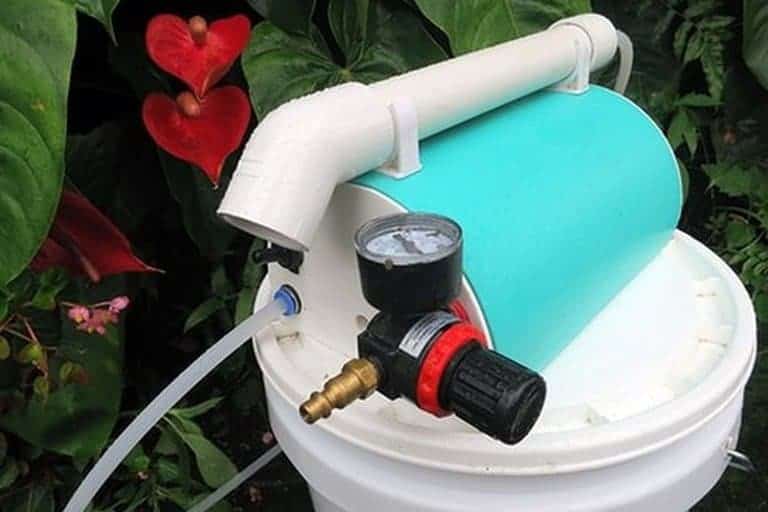