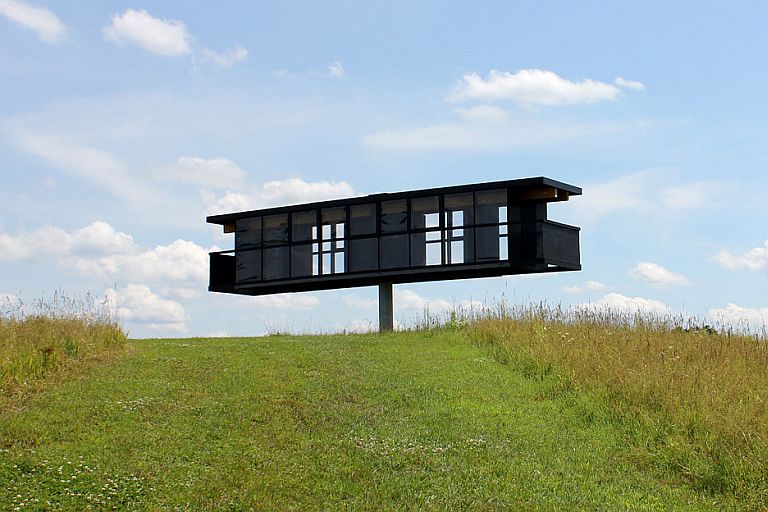 No, you can’t buy one of these and move in, but it sure makes for interesting viewing, and a couple of people actually did live in it for a week. It’s colloquially known as the ReActor House, but its formal title is an italicized ReActor, because this is one tiny house that’s literally a work of art. The artists (and erstwhile residents) are Alex Schweder and Ward Shelley. They conceptualized and built the 352-square-foot wood and glass structure for an exhibition at the Omi International Arts Center in upstate New York.

The basic layout is simple enough, a kind of shipping container shaped duplex with symmetrical living areas on either side of a shared bathroom. Putting it on top of a 15-foot concrete column upped the ante a bit, but apparently didn’t quite raise ReActor to the level of Art, so Schweder and Shelley took things a step further: The column serves as a pivot on which the house can rotate 360° and tilt up and down in response to the wind and the movements of its residents. The idea was to demonstrate, quite visibly, “how constructed environments affect relationship dynamics, and how relationships impact the constructed environment.” (We’ll leave it to the art critics to decide how well ReActor succeeds in that aim; we’re tiny house critics, so we’ll just say that the floor plan seems like a pretty reasonable way to fit a couple of roommates into a 40-foot shipping container.) 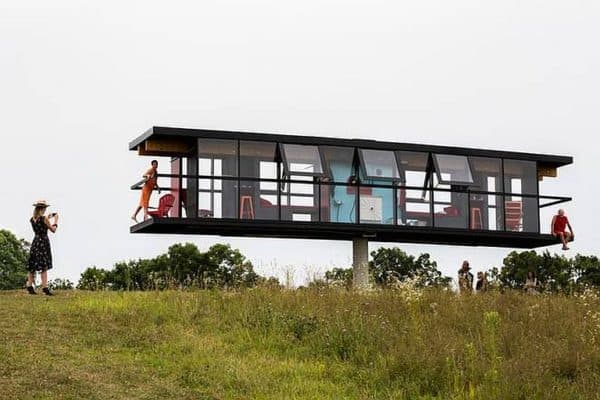 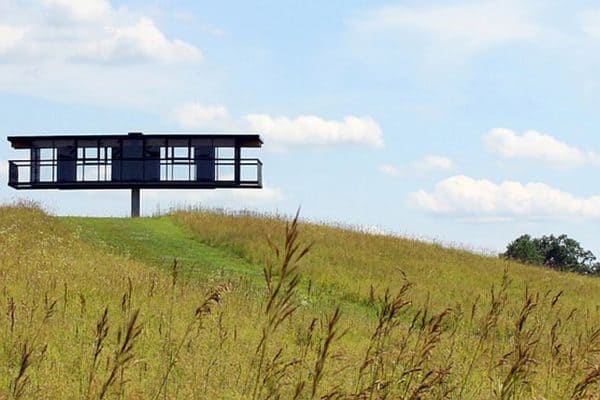 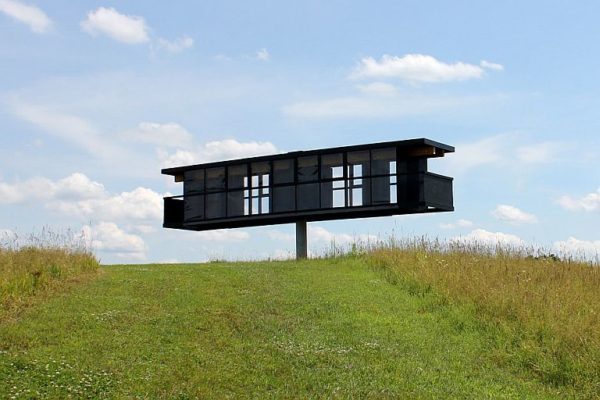 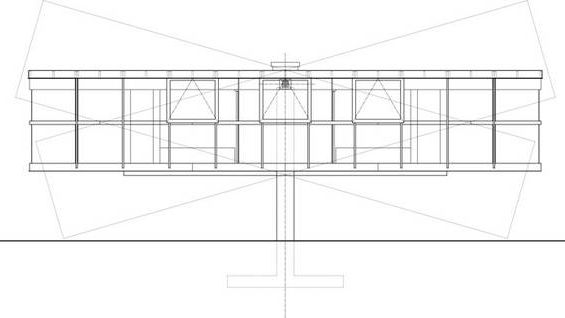 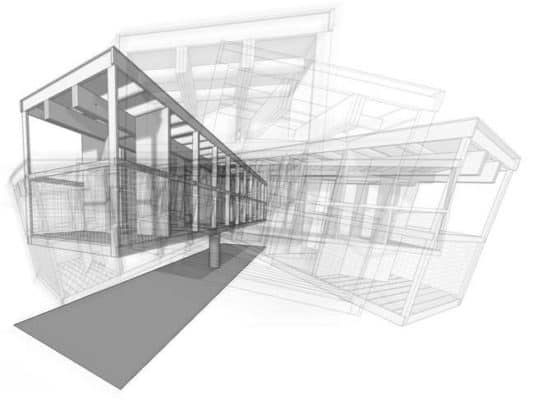