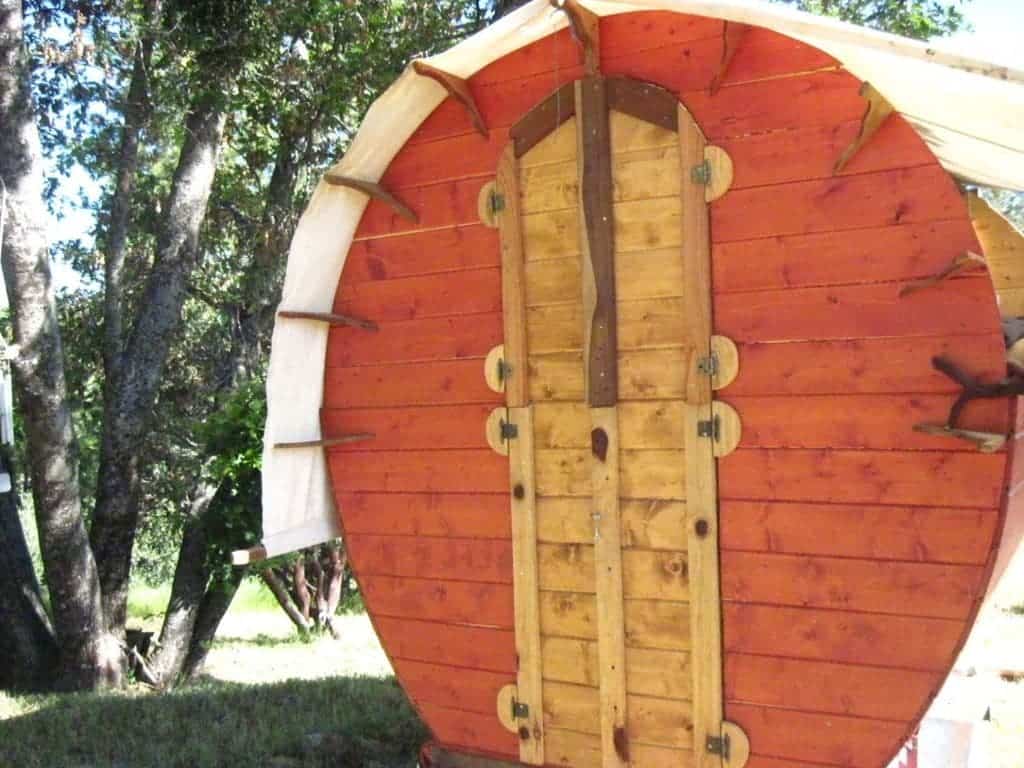 Ganesh Ruskin’s home for the past couple of years is technically a hybrid between a vardo and a sheep wagon. He calls it a collapsible bowtop gypsy wagon, and for all practical purposes you might describe it as a tent on wheels. Regardless, it functions as a living space, and he shares a detailed explanation of how to build one of your own on Instructables. 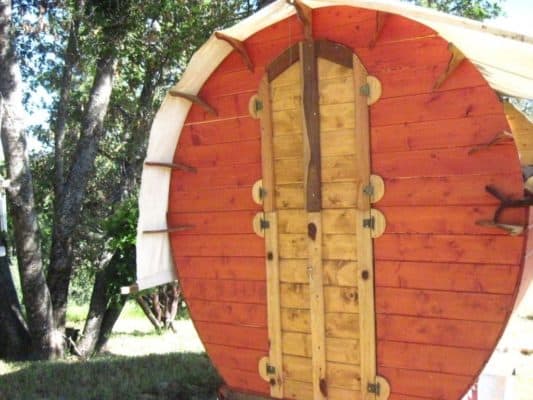 What is a gypsy wagon?

A Gypsy Wagon also commonly referred to as a Vardo is a traditional horse drawn wagon that can be designed in many different ways based on the owner’s needs. Gypsy wagons are built with a large set of wheels on the outside. The first set of vardos began to be used around the 1850’s as a way to travel around the country selling goods and having a place to stay. Today, Gypsy Wagons are often used as alternative living spaces and ways to travel the country in your home!

There are six different types of these structures:

These vehicles are one of the oldest and often have the smallest wheels making them not accessible for off-road travel.

These wagons have large wheels on the outside of the body and have two key features – a half door with frosted shutters along with no sunroof for the top of the wagon.

Similar in shape and size to the brush wagon, readings have sides that tend to slope outwards. Additionally due to the way they are built they tend to be lighter in weight.

Having one of the tallest ceilings at approximately 12 feet high, Ledge wagons are one of the most sturdy wagons for living.  Built with a sturdy frame in mind, the ledge wagons are supported by brass and iron brackets to preserve the frame

This is one of the most popular wagon designs as it closely resembles the ledge wagon, however, bow tops are much lighter due to the difference in materials used, making them easier to travel with and secured with a closed door on the front.

The open lot has a curtain covering the main entrance of the cabin. Aside from that it is almost identical to the structural design of bow-top wagons.

Why build a gypsy wagon

Building a gypst caravan is one of the easiest ways to travel the country and have plenty of storage and living space to do so. Additionally, compared to alternative living spaces such as tiny houses, gypsy wagons can be a much cheaper alternative. Lastly, gypsy wagons are a great project to practice woodworking and learning to live a more minimalist lifestyle.

How much to build a gypsy wagon?

Depending on your ability to build the wagon yourself, most of the raw materials for a gypsy wagon including the trailer, wood, and frame support will cost just under $3,000.

The canvas top rolls up and the hinged wooden ends fold down for extremely easy transportation of a dwelling that’s significantly sturdier and more convenient than a regular tent. It only has 32 square feet of floor space, but that’s enough room to sleep and enough room for a small stove and sink, which must make cooking and washing up a lot more pleasant when the weather isn’t. 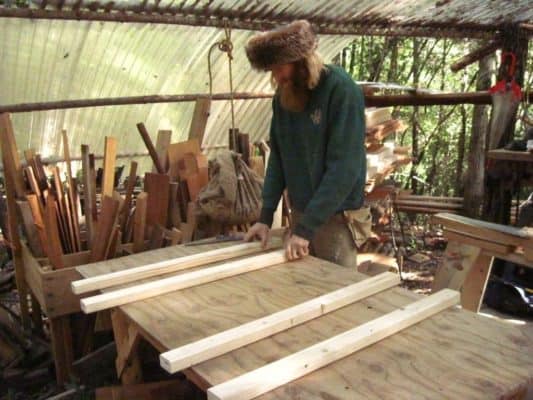 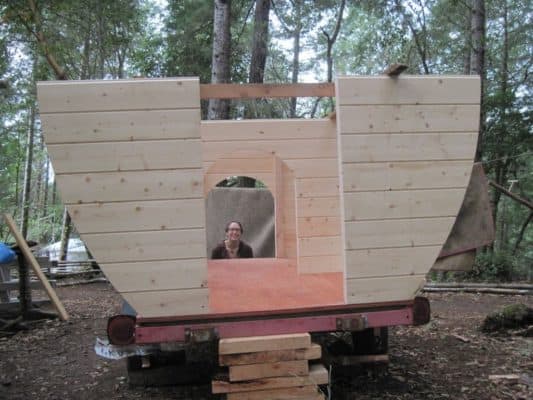 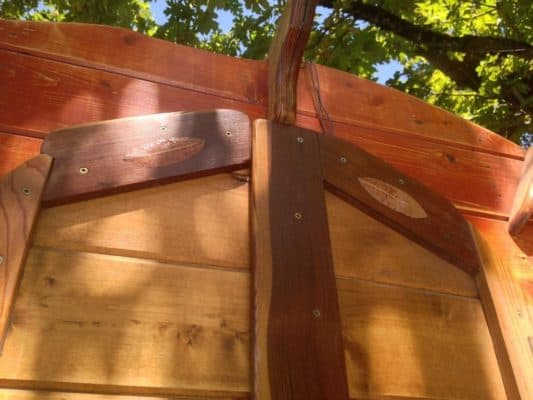 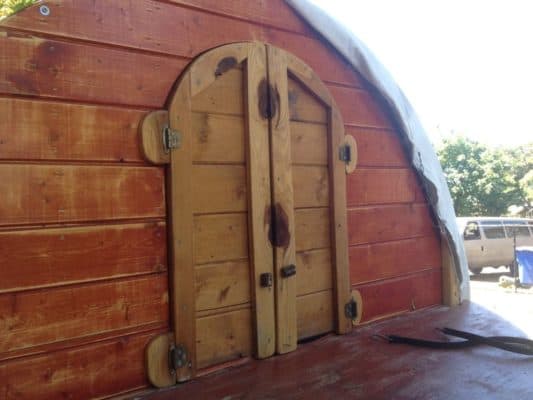 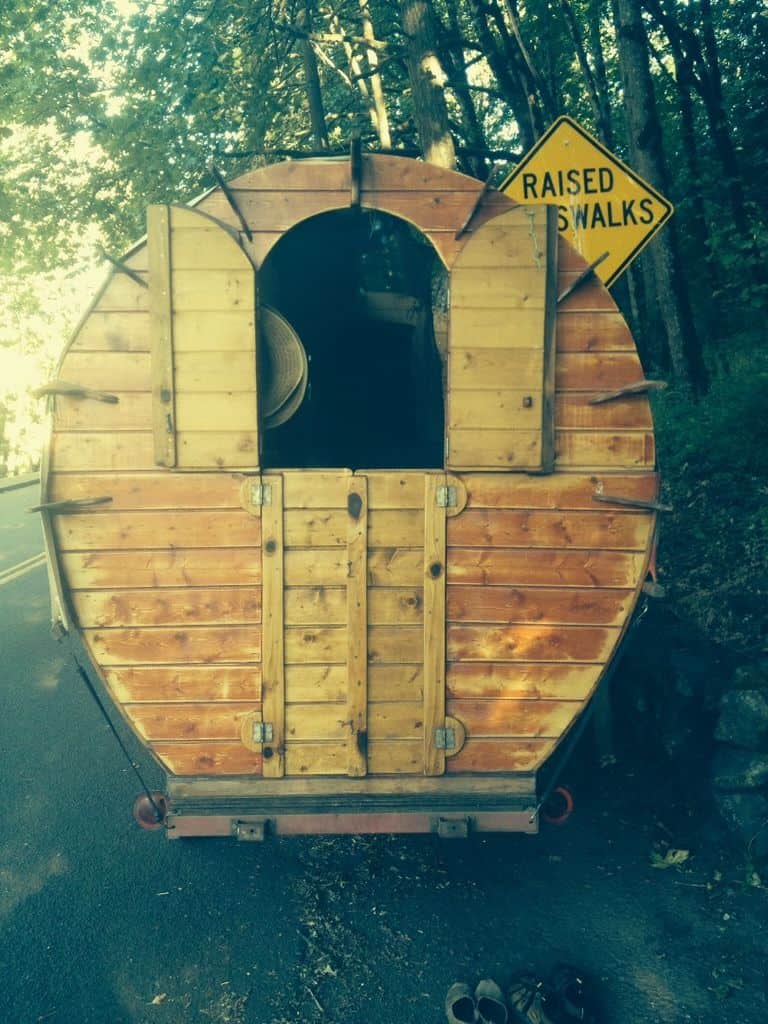 Ganesh says he learned a lot from making and living in his wagon; he’ll build the next one a little bigger, use screws instead of nails, and trade the hinges for a windscreen so he can travel without collapsing the structure. With a little creativity you could easily customize this sort of build to suit your own needs.

Check out the Instructables website to learn how you can build your own.