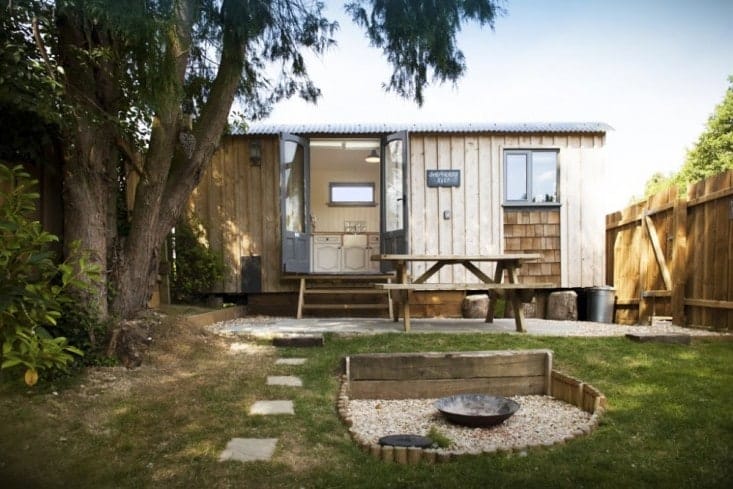 Shepherd’s huts can be thought of as England’s version of America’s ubiquitous Airstream trailer, or perhaps it’s the other way around. Either way, they serve as a slimmed-down place to call home. The Shepherds Hut Retreat in Somerset has four of them available for quick glamping getaways, and we already featured one of them, the Shepherds Delight, in these pages several months ago. They’re such nice places to stay – and at just £77 ($120) per night, such affordable ones – that we want to take a closer look now at the Shepherds Keep unit. 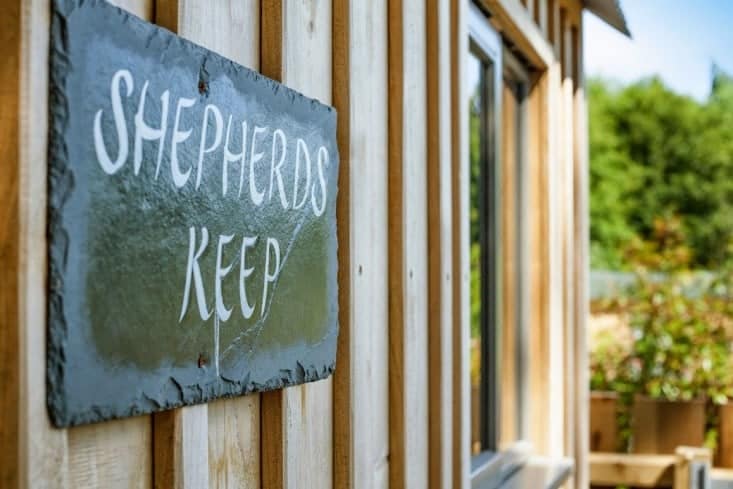 Despite sharing the retreat grounds with the other huts, it’s a very private place, with a high fence on one side, trees on another, and an unobstructed view of the water on the third. Inside you get 160 square feet mostly filled with a small kitchen and double bed; a bathroom off to the side is the only separated area. Whites, greys and light wood keep it all very bright. 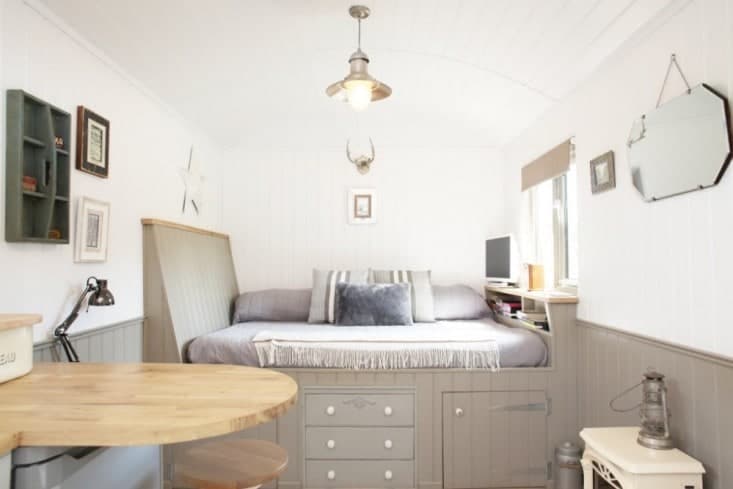 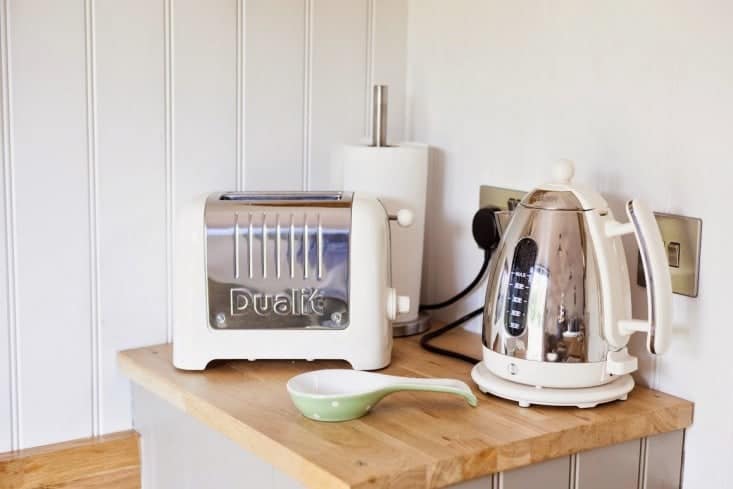 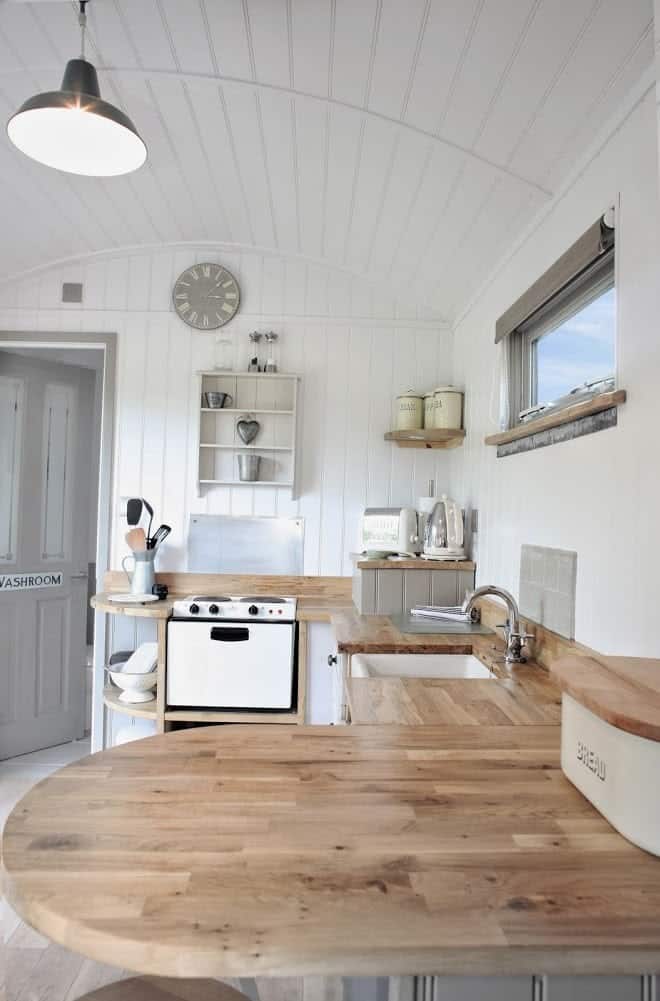 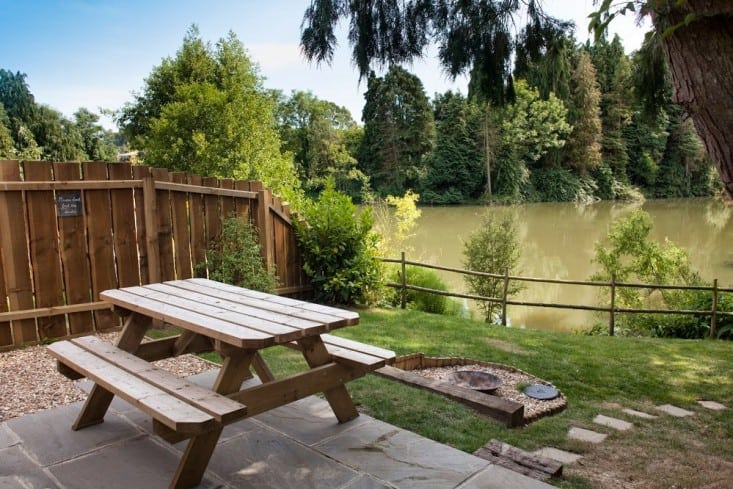