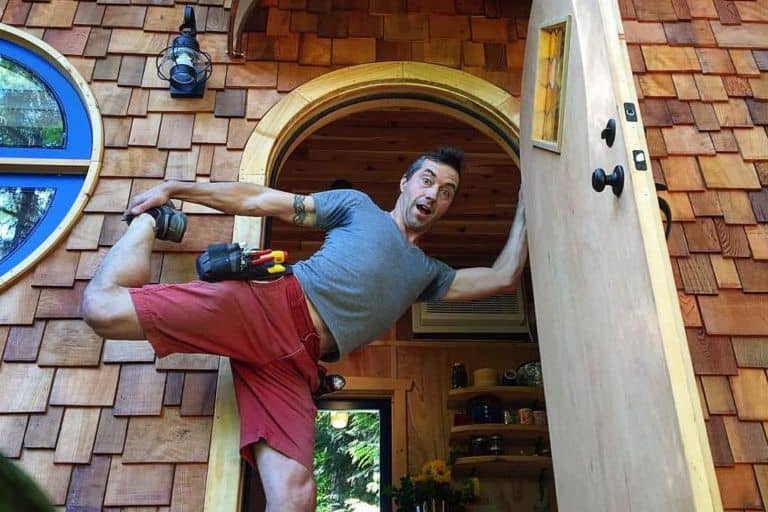 Quelle surprise! But what the surprise is rather depends on whether or not you’re already familiar with the work of the inimitable Abel Zimmerman Zyl. If you’re not, you’ll simply be amazed at the gorgeous design and impeccable execution of this sumptuously finished gypsy wagon. If you’ve seen some of Abel’s previous projects (the MoonDragon, for example), you’ll wonder what made him decide on a detour into hardcore minimalism. Well, we kid, a little, but the 204-square-foot Music Box is unquestionably the simplest build we’ve seen from Zyl Vardos. No unusual angles, peaks or arches – heck, the only curve is the perfectly conventional semicircle of the roof. There’s not even a loft; the bed’s built in beyond a closet and over a storage cabinet at one end. In the center a galley kitchen with dual copper sinks and an oven is catty-corner to a couple of comfy armchairs facing each other across a built-in table. A Dickinson Marine stove heats the area. The bathroom has a large galvanized tub and is surfaced in pennies on the floor and around the sink, but that’s about as fanciful as things get here. Trust Zyl to come up with something unexpected every time out – and about the only thing we didn’t expect was this flawless interpretation of a fairly traditional vardo. 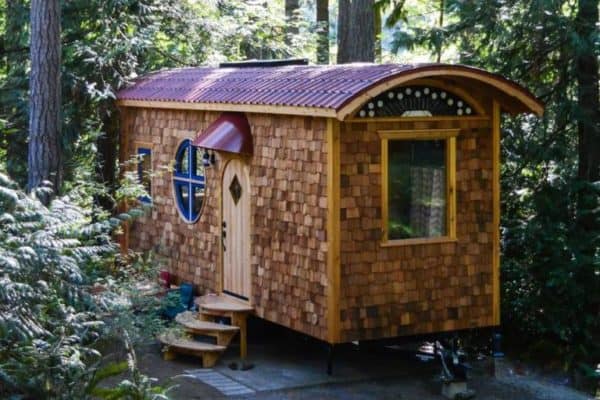 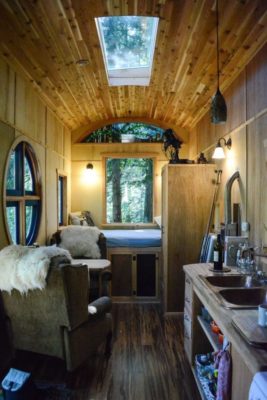 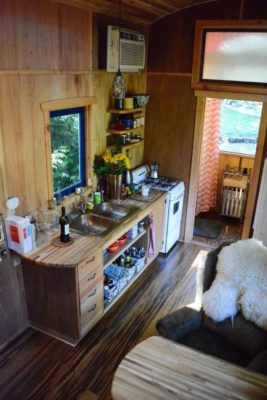 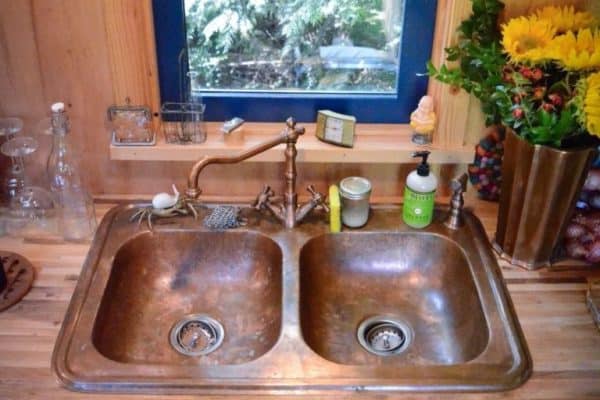 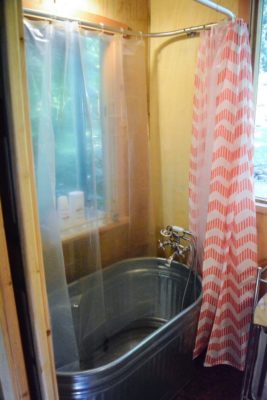 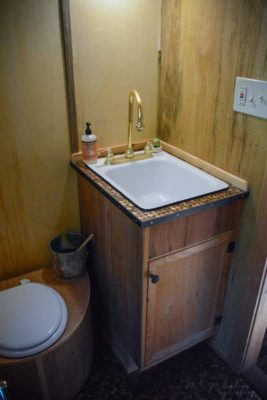 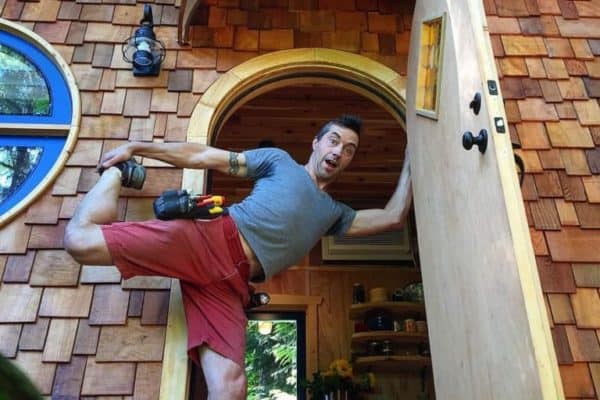