The Pontoonz Modular Float System is an innovative creation from New Zealand that consists of 1.2-meter (about 4-foot) pontoon “pods” with built-in grooves where connecting beams can be bolted. The pods can be securely locked together in any number and covered with decking. The system is useful for making docks, floating platforms, and (with a special bow pod) small boats. As suggested by the small cedar-sided cottage on a 26-foot platform that Pontoonz completed in March of 2013, that could include tiny house boats. A really livable boat would probably require a somewhat wider platform, but given the scalability of the Pontoonz system it should be just a matter of figuring out how many pods you need.

What is a pontoon houseboat?

Pontoon houseboats are tiny homes designed to sit on top of a flat foundation and supported by buoyant tubes. These buoyant tubes are often constructed using abrasion resistant PVC and nylon with aluminum. The frame then tends to be constructed using lightweight steel or plastic for support. Since the costs of construction tend to be low, creating a DIY houseboat

Common examples of pontoon boats include catamarans, or a trimaran with three hulls. The difference between the two structures is that a houseboat serves primarily as house-first (see images below) and therefore are less accessible for ocean travel. Whereas catamarans and trimarans are common boats used to sail around the Caribbean.

Why own a pontoon houseboat?

Pontoon houseboats have become more popular over the past several years as individuals are looking for dynamic living situations that allow them to live on a dock and travel around a lake or pond without having to leave the comforts of their homes. These homes have grown in popularity due to their low cost to build and are cheaper to insure than a traditional boat, even when using a traditional engine.

How much does one weigh?

The average pontoon houseboat weighs 7,500 pounds. The actual barge that the houseboat sits on is extremely lightweight. This is because they are primarily polyethylene rotomolded pods full of air and then an additional foundation to support the house and the engine. The average pontoon boat weighed approximately 2,200 pounds.  Combined with a small furnished tiny house, weighing about 5,000 pounds.

Where can I buy a pontoon houseboat?

Many developers will build out the frame for you and provide you with the buoyant tubes to support the house floating. If you’re looking for a pontoon houseboat for sale, you can turn to common marketplaces such as craigslist or work with tiny house developers to build the barge that can support your home. 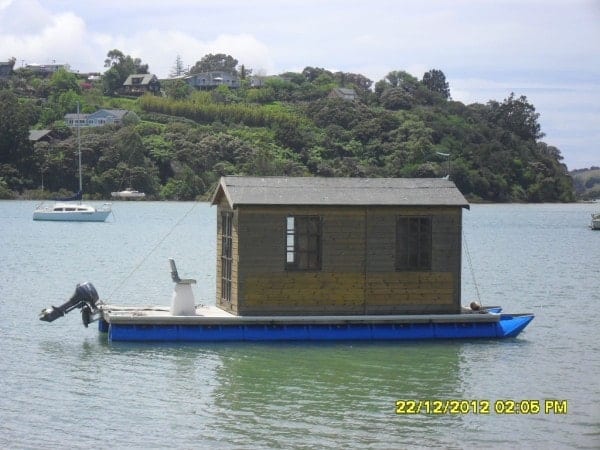 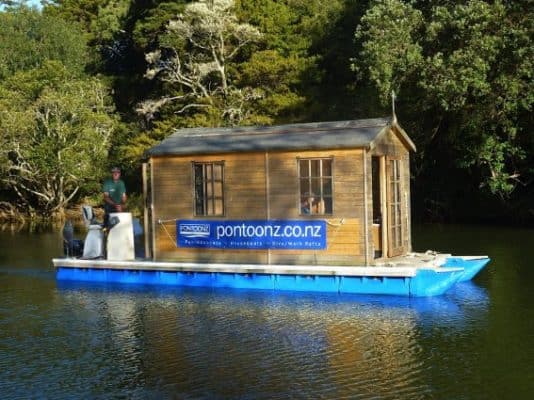 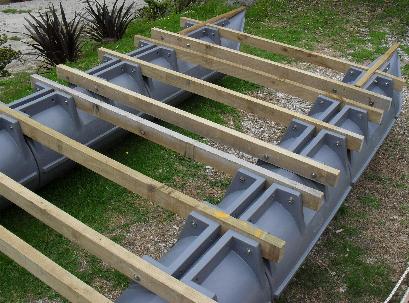 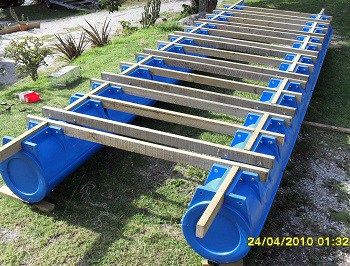 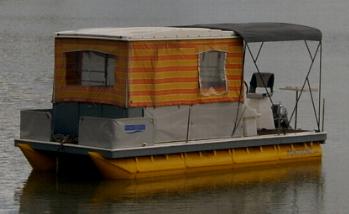 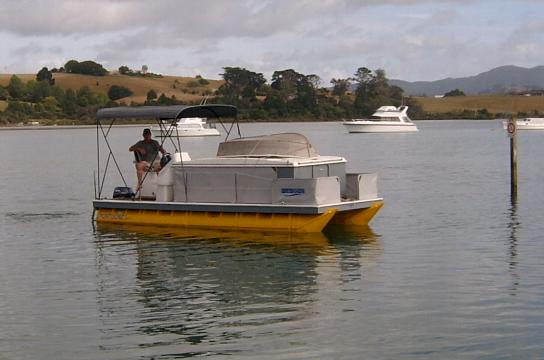 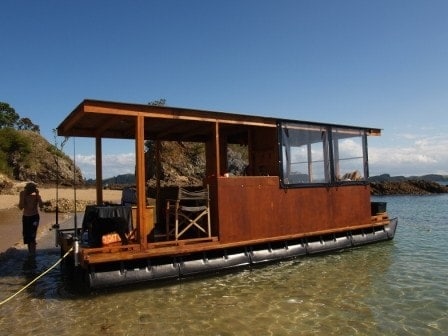 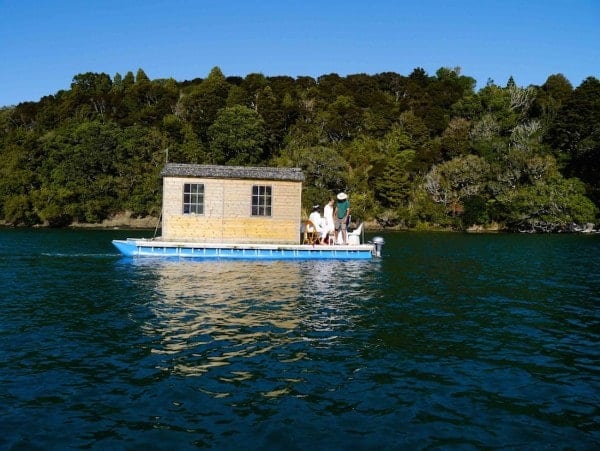 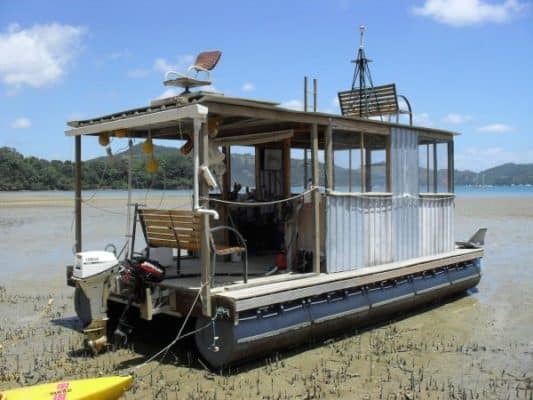 Sure, a house boat isn’t for everyone, but maybe you want a special place to retreat on the weekend so you can float away from it all. Instead of pontoons you could use large steel drums, or even big pieces of styrofoam, though being in the water for a long time would probably put a lot of wear and tear on those materials. Regardless, it’s an interesting idea that shows how building a tiny living space on water can be as easy as building one on wheels, maybe easier. Of course, the company is based in New Zealand, which makes it unlikely anyone in the US or Canada will be able to take advantage of their plans, but there are similar resources easily found stateside, like pontoons for instance, which can be sourced on Ebay or Craigslist.