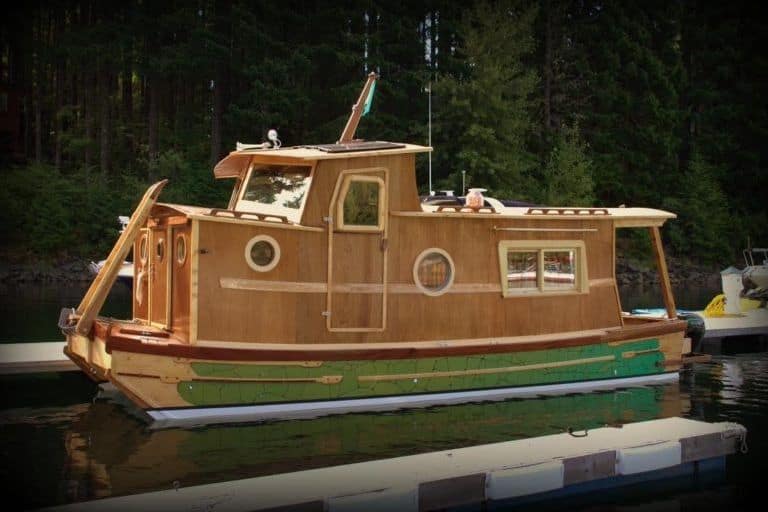 This charming houseboat is the original WaterWoody, designed and built by Kerry Elwood and launched several Julys ago in 2014. It’s a 28-footer that weighs just 5,500 pounds, which means it can do road trips on a trailer almost as easily as it can make water journeys in front of its twin propane engines. The WaterWoody is also unusually self-sufficient for a houseboat, with solar panels and a rainwater collection system on top and a composting toilet in the head, so there’s no need to keep it tied up to a dock. With its classic looks and comfortably homey interior, the WaterWoody wowed attendees during its debut at the Wooden Boat Festival in Port Townsend, Washington, and quickly earned Kerry a commission to make a copy. Craftsmanship like this doesn’t happen overnight – more like a couple of years – but he should be just about done with that one by now and ready to start on another if you’re interested. He’s quoting a base price of $125,000, and you can email him at elwoodairbrush@gmail.com to get things going. 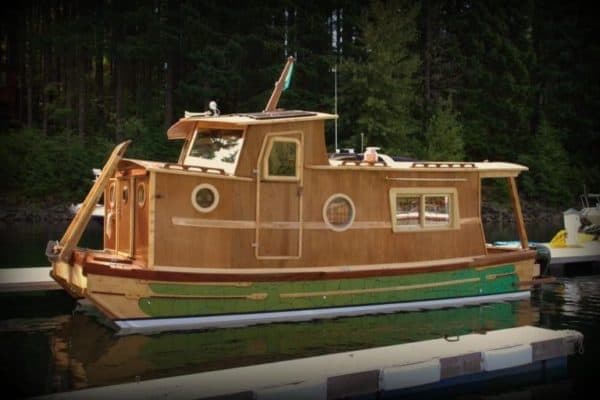 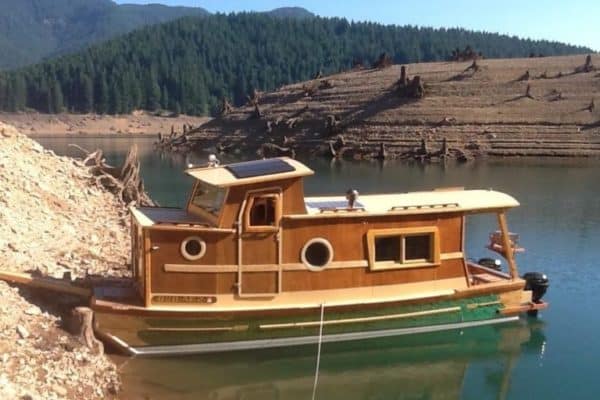 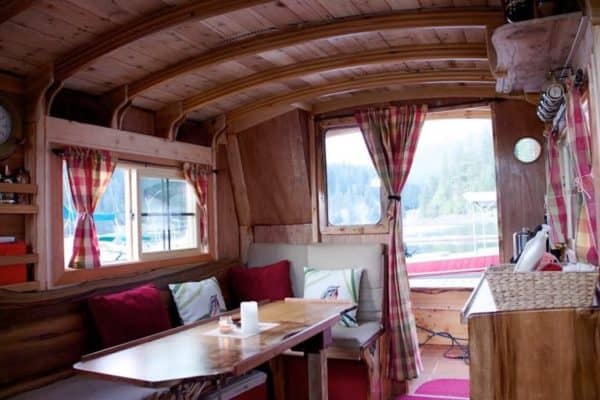 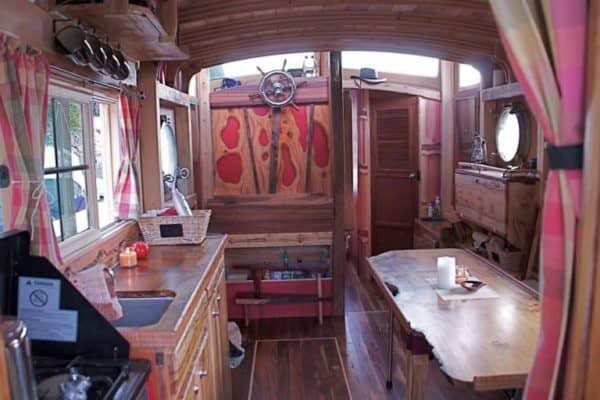 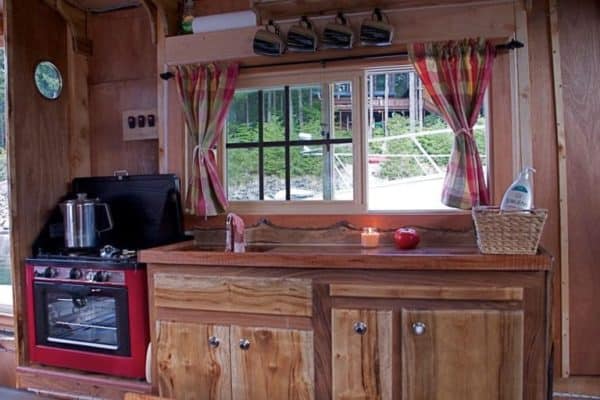 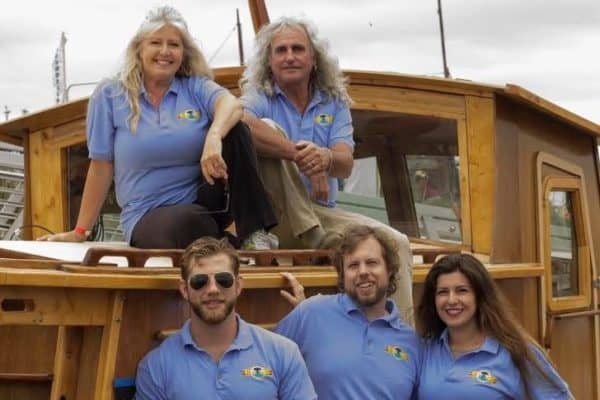