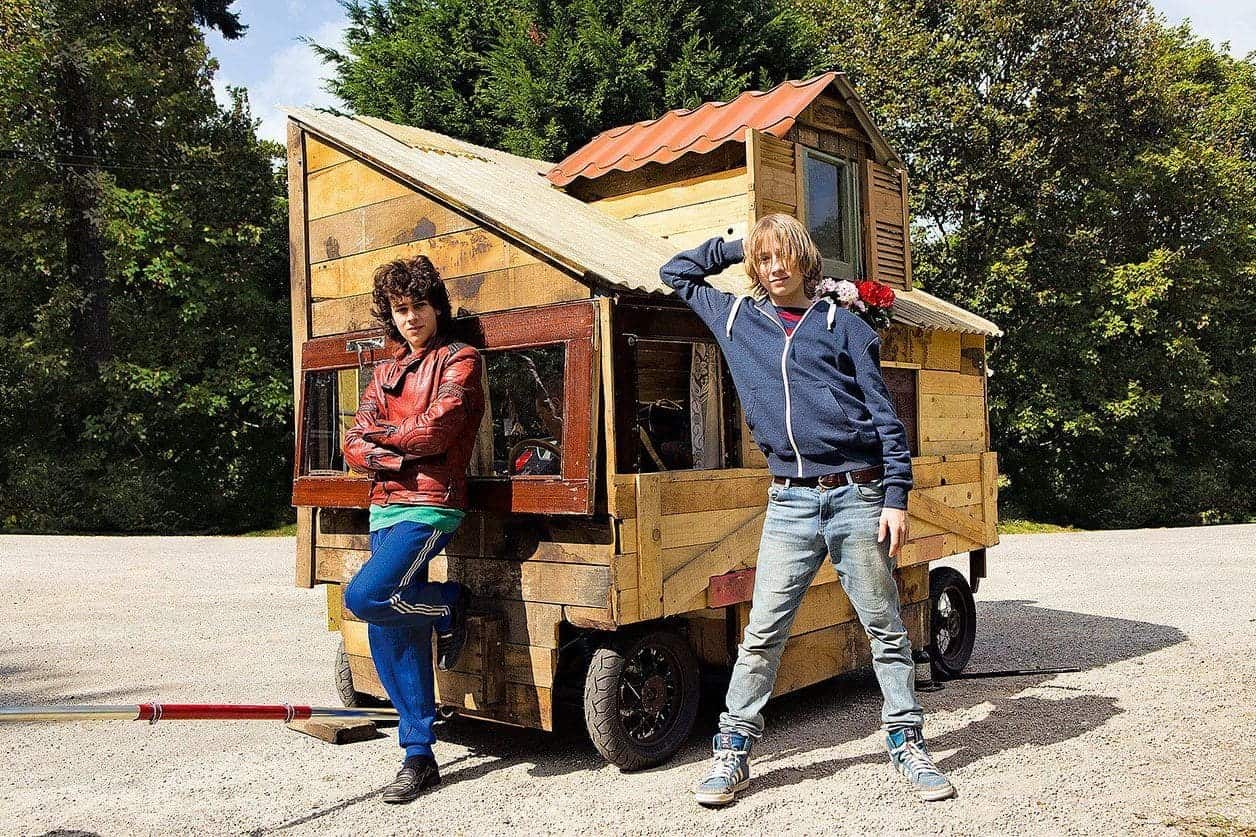 While there’ve been a couple of popular tiny house documentaries – TINY: A Story About Living Small and Small Is Beautiful – Michel Gondry’s Microbe & Gasoline seems to be the first feature film to feature a tiny house as a prominent plot element. The story of the French-language movie focuses on two high school misfits whose nicknames form its title. Gasoline’s an amateur mechanic and has put together a rattletrap vehicle for a planned summer road trip; when it’s pointed out that his creation isn’t exactly street legal, the pair decide to disguise it as a tiny house on wheels. Microbe & Gasoline was released last year in France, where it didn’t do too well despite getting fairly good reviews (it’s rated 75% on Metacritic and 90% on Rotten Tomatoes). However, it’s now on limited release in the US, hoping to find a bigger audience in a country with a stronger tiny house community. 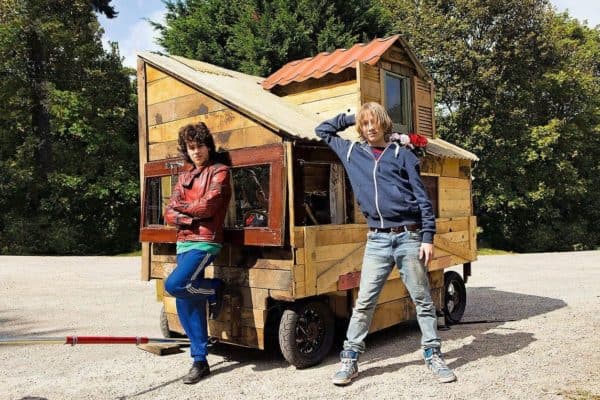