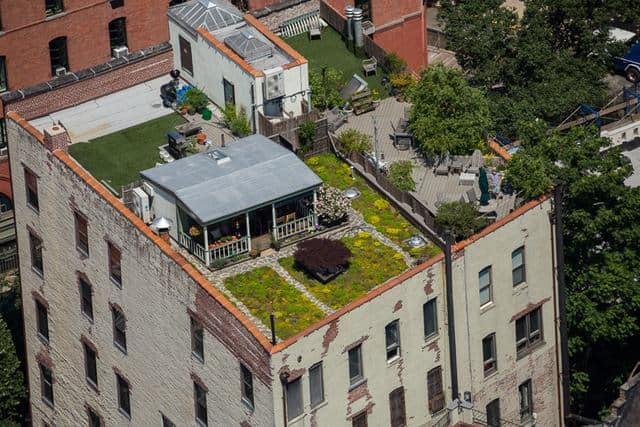 Like one of those suckerfish that stick to the backs of sharks, this petit cottage atop a roof in New York City seems to thrive in an unlikely setting. First spotted by George Steinmetz as he was flying in a helicopter over the city, the cottage immediately caught his attention as he thought his eyes must be deceiving him. As he got closer, he realized it was indeed a little slice of country paradise, with gardens, grass, and a peaceful patio to enjoy the city view in a country setting. 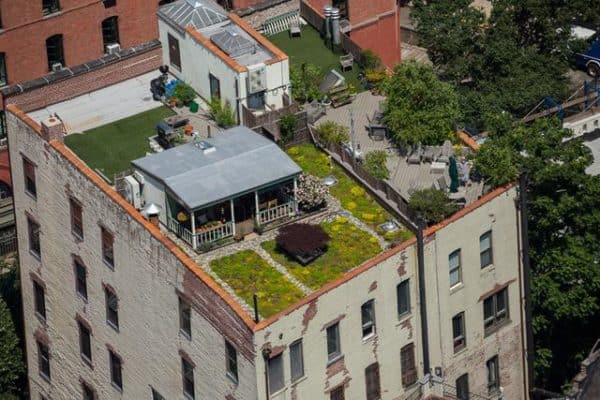 The cottage is owned by David Puchkoff and Eileen Stukane, who recruited an architect friend to help create his countryside home in the heart of Manhatten. He started by laying down polyethylene liners to protect the roof from leaking and began rooting 2,200 plants to create a 1,200 square foot green landscape. Total cost of the landscaping was only $1,500 including labor.