Famed tiny house movement pioneer Jay Shafer, who’s been heading up the Four Lights Tiny House Company since 2012, has a new project underway. It’s called Tiny Houses for Humanity, and its goal is to establish a series of small, affordable, child-friendly tiny house villages in the Bay Area. Jay’s working with River King, a local resident he met two years ago after she was reduced to sleeping in her car with her two-year-old son due to the lack of affordable housing nearby. Aside from his name recognition, Jay is providing the house designs, which are modified, more efficient versions of some of the smaller Four Lights models. They’ll cost about $20,000 to build and will allow some degree of customization for individual preferences. River is coordinating the effort, looking for a site and for people who can help with the construction. Habitat for Humanity, Sonoma State University’s JUMP community service program, and even a few high school shop classes have expressed interest. Sonoma County officials seem inclined to give everything a green light, too. Jay and River are planning an initial 5–6 house village with a common area and garden, and they estimate they’ll need about $100,000 for materials and landscaping. They’ve already raised over $22,500 on the crowdfunding site Hatchfund; you can show your support (and get an autographed copy of Jay’s Small House Book) by helping them reach the target by September 26.

River King with her son, Asa, 4 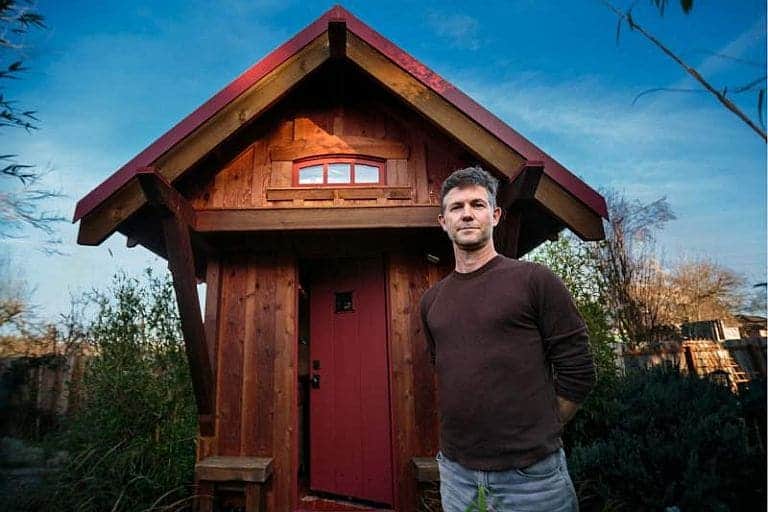 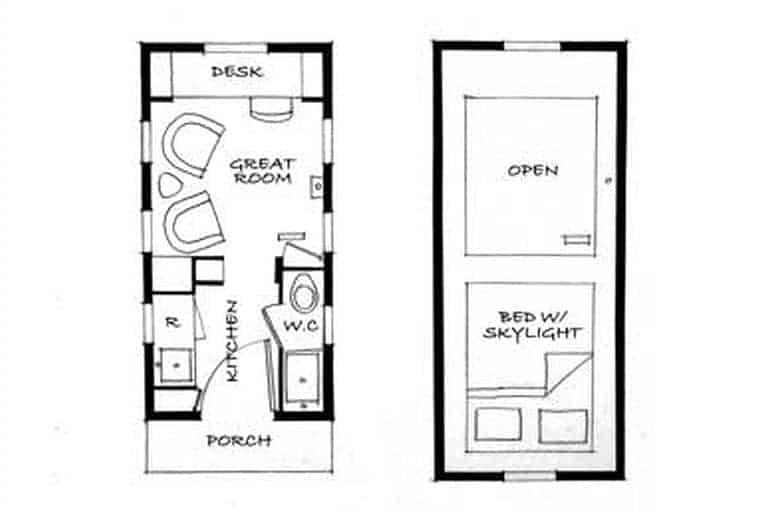