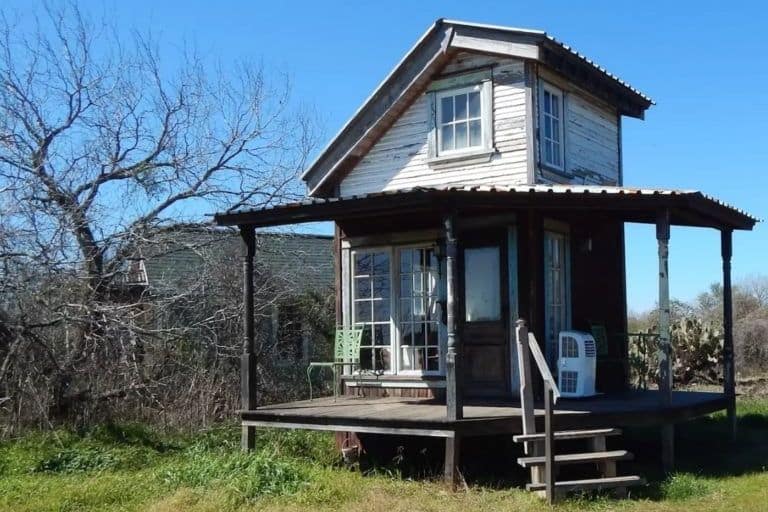 We’re longtime fans of Brad Kittel’s Tiny Texas Houses, and it’s always a pleasure to share a new one with you. As new as Brad’s houses get, that is, given that they’re all made from 99% reclaimed materials. Brad paints and refinishes some of them, but the Kidd organic cottage hasn’t been touched up a whole lot. Depending on your perspective, you could describe it either as charmingly quaint or downright dilapidated, but despite the weathered appearance the Kidd is newly built and perfectly sturdy. It’s also just 63 square feet in area, which means that it does without a real kitchen or bathroom – there’s a sink but no stove, and a shower but no toilet. The lower level does have a fold-out dining table with seating for four and a counter for food preparation. A full second story instead of just a loft makes room for a twin bed and a study desk upstairs, and a wraparound porch adds some covered space outdoors. It’s located on the 43-acre Tiny Texas Houses site in Luling, between Austin and San Antonio and straight down I-10 from Houston. Complete bathroom facilities are available in a separate bathhouse on the property, and Luling’s famous barbeque is just down the road. The Kidd is available for $50 a night on Airbnb and sleeps one, or two if you’re on pretty good terms. There are significant discounts for longer stays – less 15% for weekly rentals, 30% for monthly. 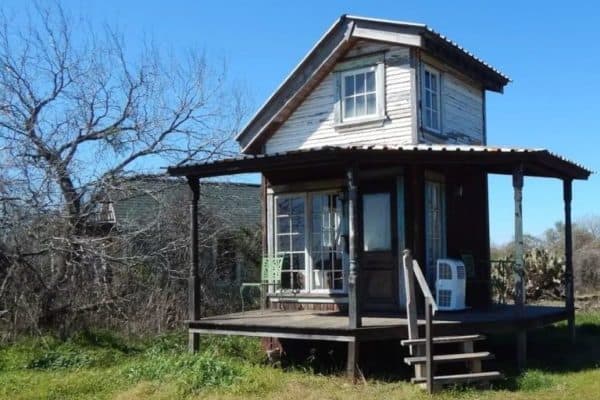 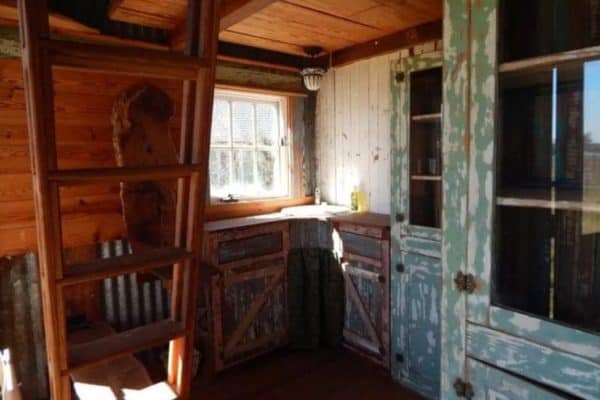 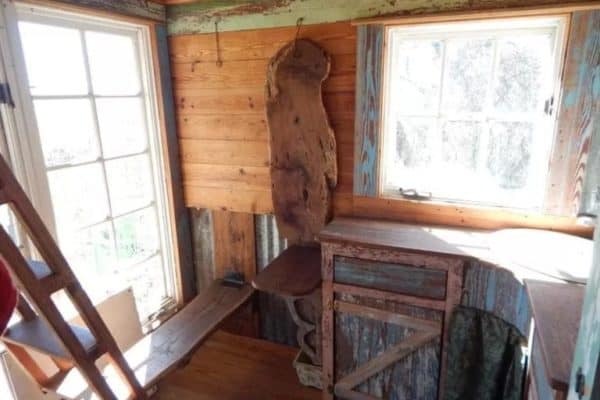 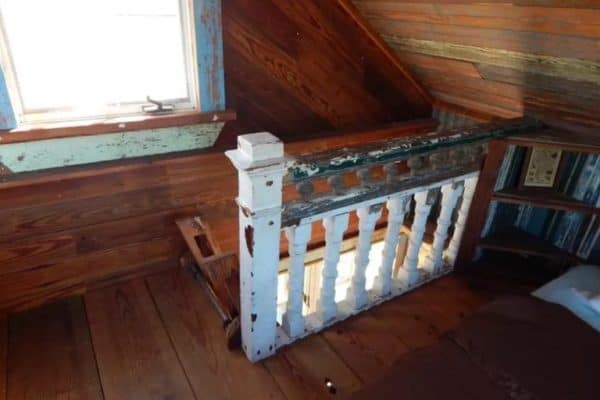 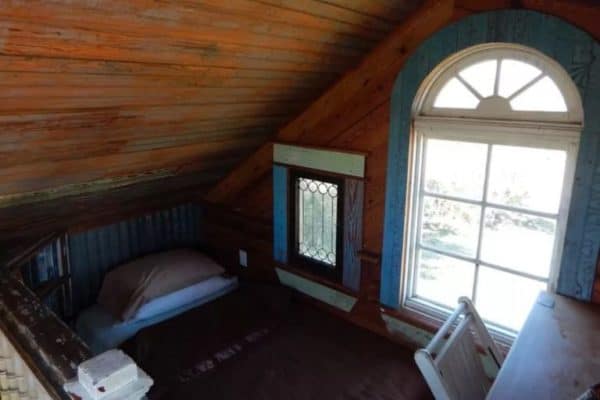 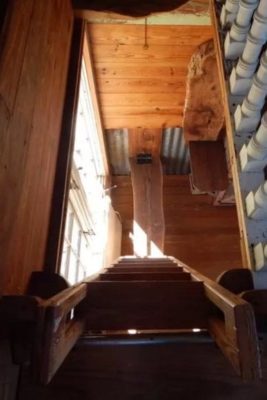 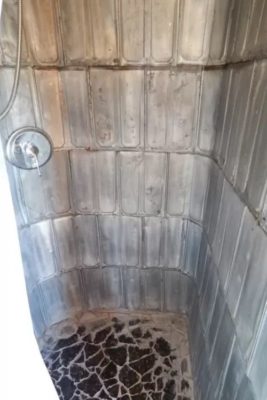