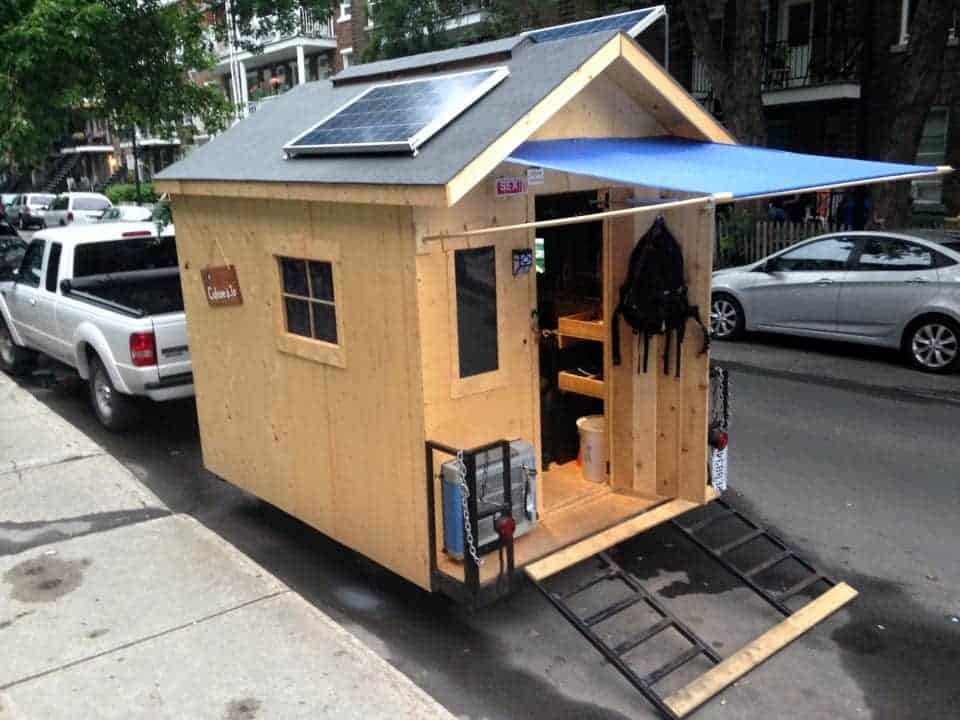 Most folks like to get out of the city during the summer, trading concrete blocks for grassy acres and fresh air, but Joseph Marc Paquet isn’t most people. He build “La Cabane a Jo”, a sort of makeshift tiny home, and planted it square on the streets of Montreal. It only took him about three weeks to build, and by the looks of things it’s not the most refined in terms of craftsmanship and high end finishes, but it serves him just fine for his needs. While we aren’t exactly sure of the legal status of building a home like this and planting it on the sidewalk of a major city, judging by his Facebook updates, so far so good. Despite the basic construction, he does have a camping stove rigged up to cook meals, a solar panel which powers his security camera and 19″ tv, a laboratory that hosts his 3D printer, and even a “garden” of sorts that serves as a bit of landscaping. 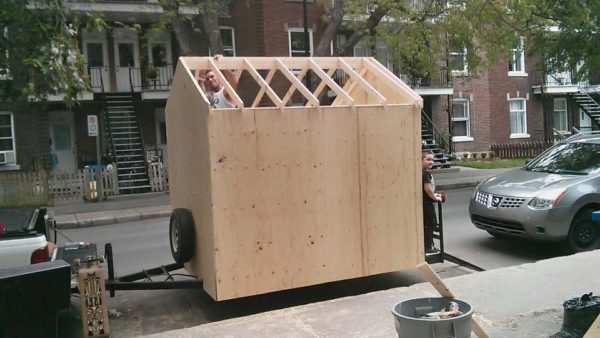 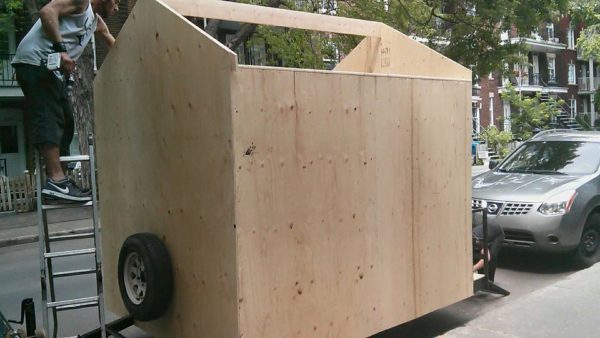 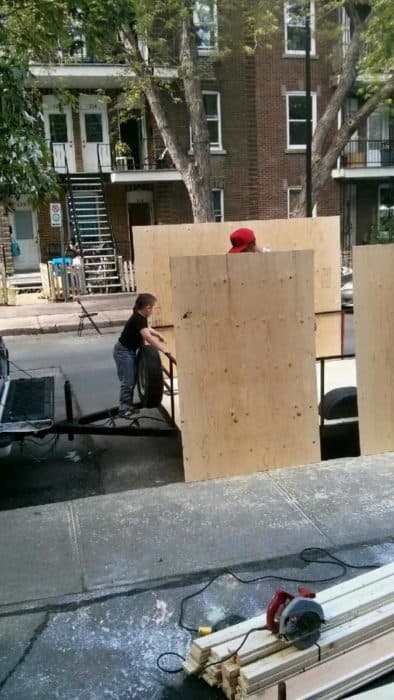 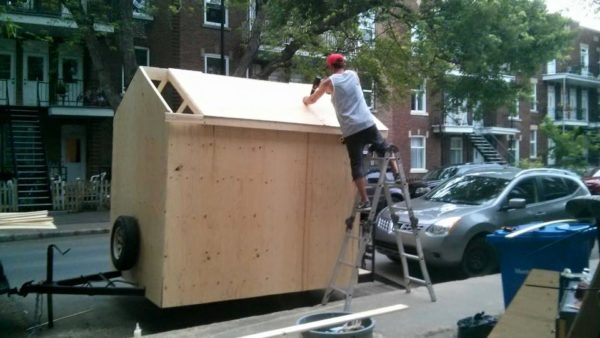 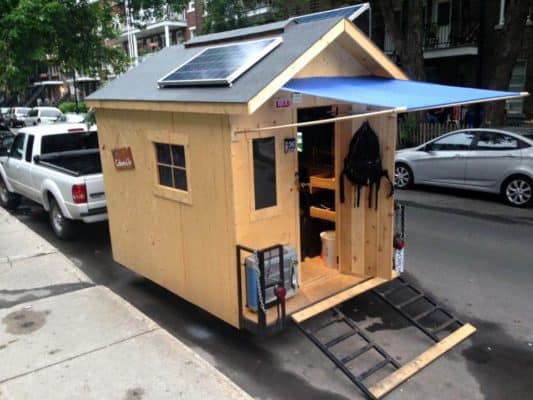 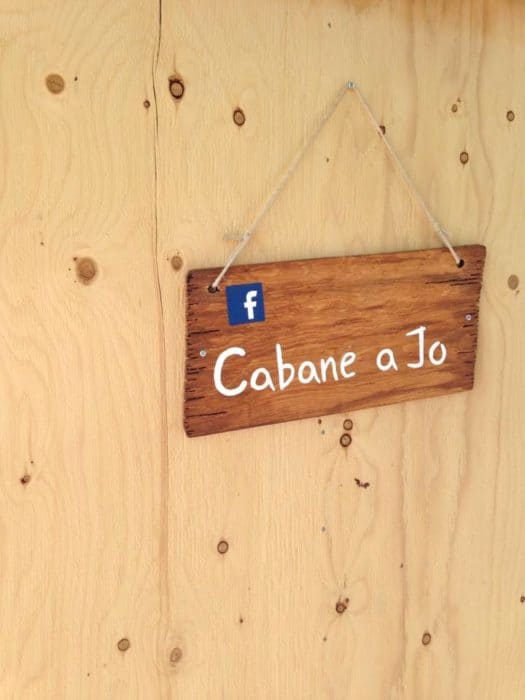 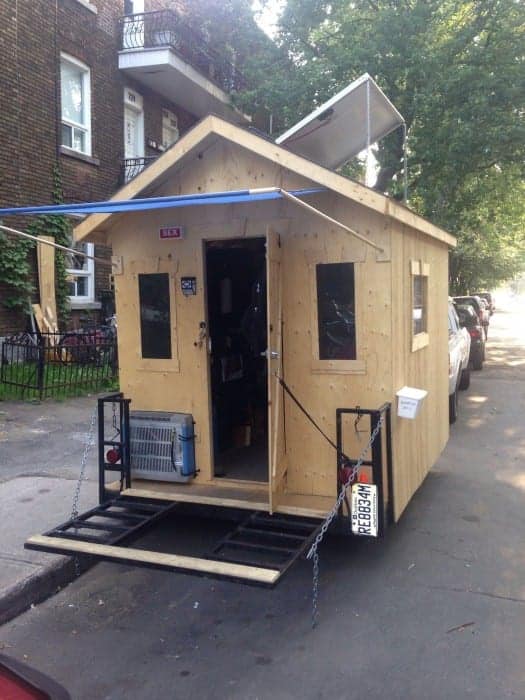 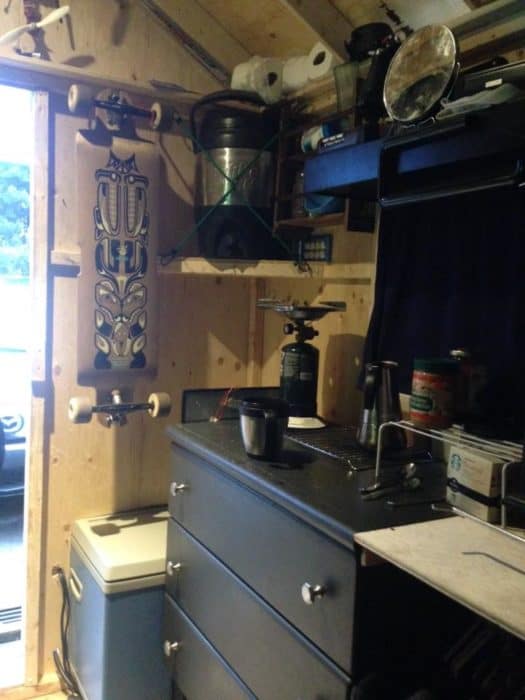