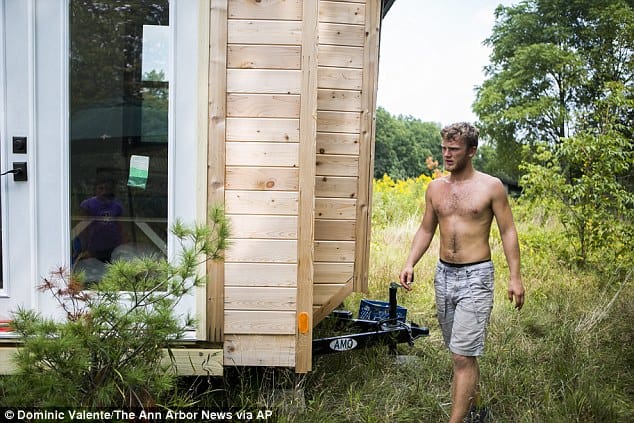 Christopher Cerk isn’t the first college student we’ve seen who built himself a tiny house, but his build is probably the nicest of all those we’ve covered. At just 21-years-old he decided paying rent wasn’t for him, and calculated a savings of $6,000 if he built his own home. College students are known for their resourcefulness, and often bring an adaptive spirit that helps them make quick adjustments, and he was able to finish building his own 170 sq. foot tiny house in his spare time, spending just $13,000 on supplies. The home includes solar panels for power, a composting toilet, propane stove, and most importantly a cozy, comfortable, and private space of his own. 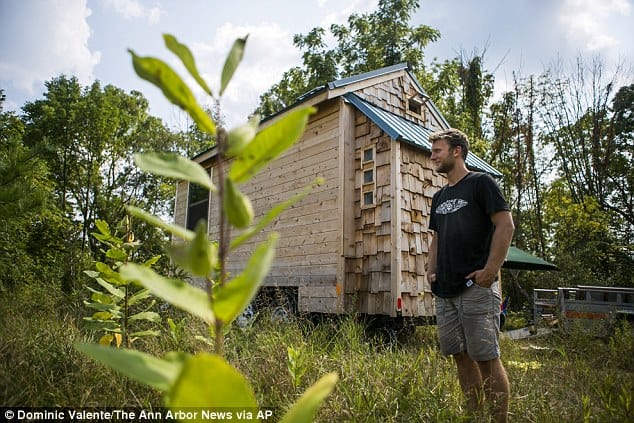 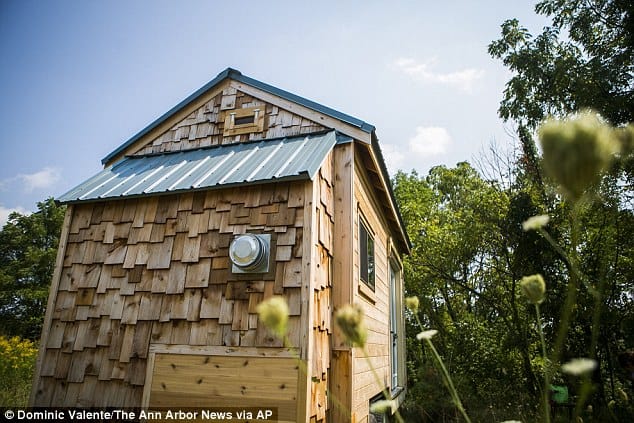 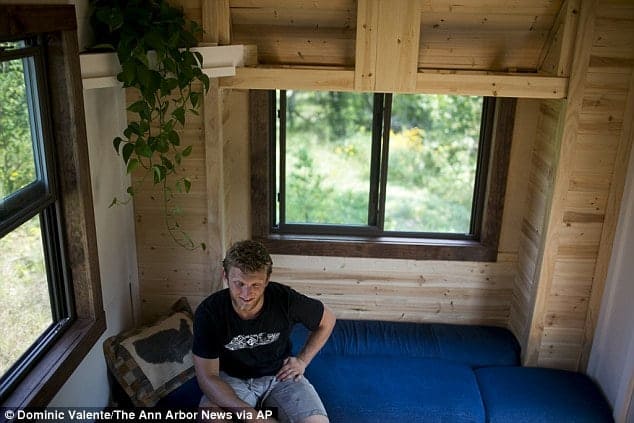 The project took him about one year to complete, but he estimates he will save close to $6,000 over the course of two years living there, and as a bonus he can now haul his tiny house anywhere he wants after graduating. He currently rents a plot of land from an unnamed source, and like many other tiny house dwellers, he struggles against obscure zoning regulations that could present a problem if authorities come to inspect his off-grid home. For now he remains confident in his living situation.

2017 Update: No word on whether Christopher’s still in the house, but if so, he’s had to make a little room this year – congrats on his August 5 wedding to Alexandra Snable! 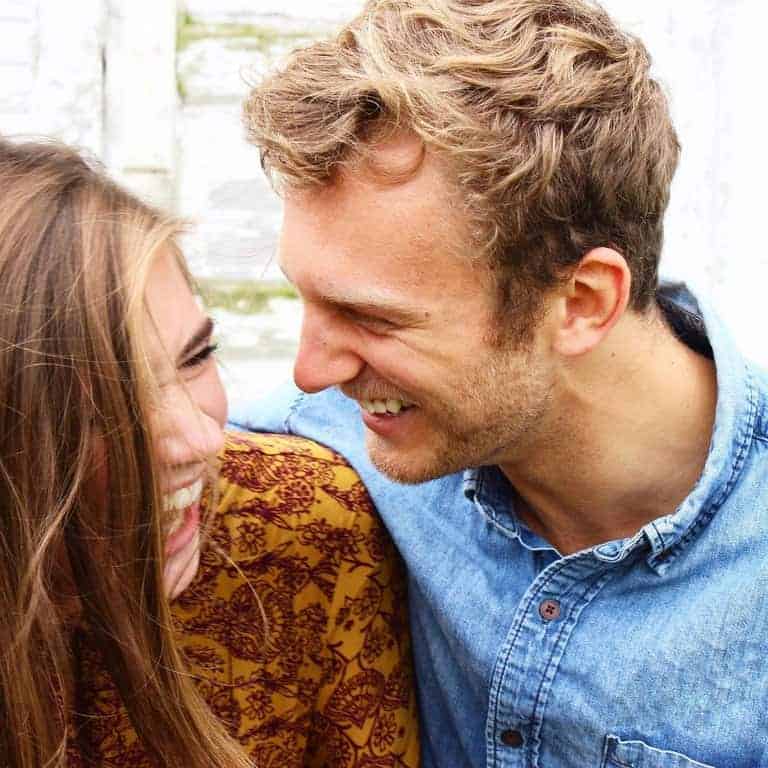