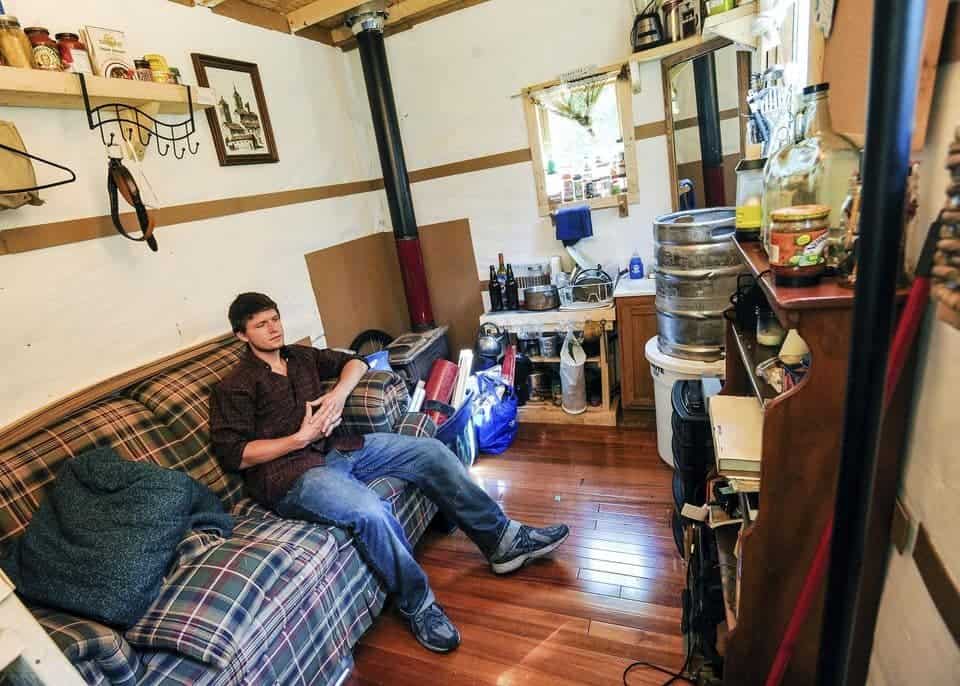 Like many of his peers, Green Mountain College senior Rob Dunn probably wasn’t too thrilled with the stale, cramped dorm options, so he decided to explore other avenues for living arrangements. Eventually he decided to build his own offgrid two story house in Poultney, which totals a scant 96-square-feet in size, and he’s been living there since August 2014. 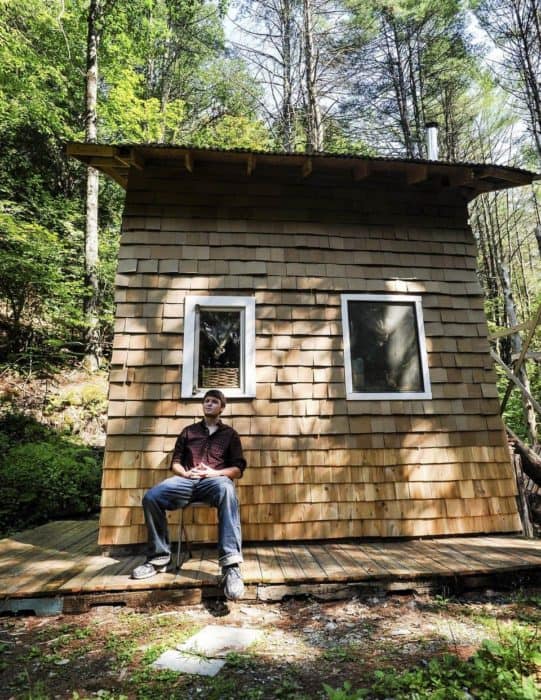 He relies on two 100-watt solar panels for power, and heats the place using a rocket mass heater made from a cast iron stove insulated with clay and brick. All said and done he spent just $3000 to build his home, and now lives rent-free on a piece of land near the college. 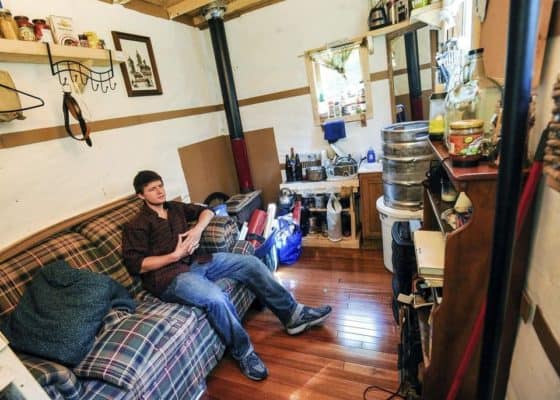 Aside from the obvious savings that come from not paying rent, he benefits from a lower carbon footprint, and an increased sense of pride, though he told the Rutland Herald living there is the “most raw experience that I’ve ever had.” 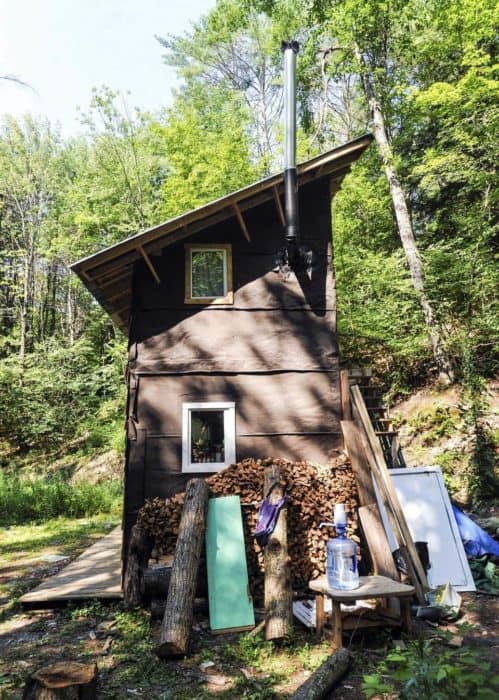