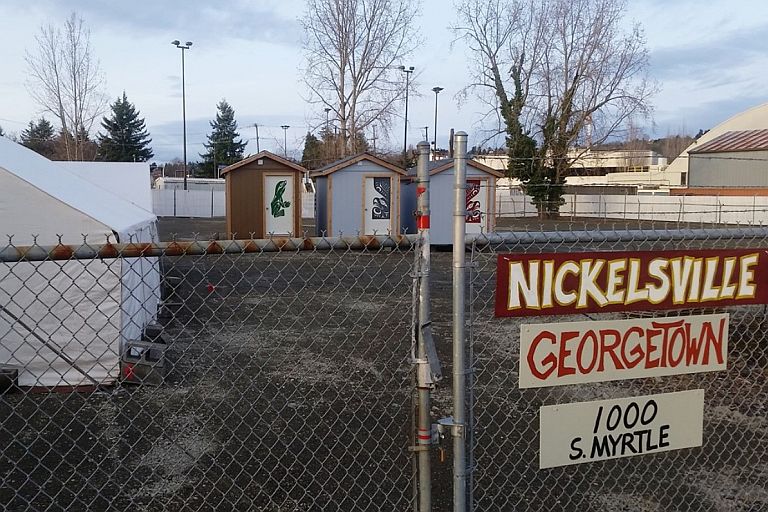 It takes a village to make a village. The Georgetown Tiny House Village, which will accommodate homeless families, is the fruit of a collaboration among the city of Seattle, the Low Income Housing Institute (LIHI), the Nickelsville homeless community, and the Tulalip Tribes. The city supplied the land and regulatory permission for the village, which will be the fourth such project in Seattle; LIHI is providing support; Nickelsville will serve as property manager; and members of the Tribes’ construction pre-apprenticeship program built the first three houses. Eventually there will be 40 tiny houses at the site, as well as a kitchen tent and communal restrooms. The houses themselves apparently won’t contain cooking or bathroom facilities, but as local churchman Steve Tucker pointed out to KIRO 7 News, they do “have electricity and a lock on the door,” and are thus significant a step up from the tents utilized in many homeless encampments. 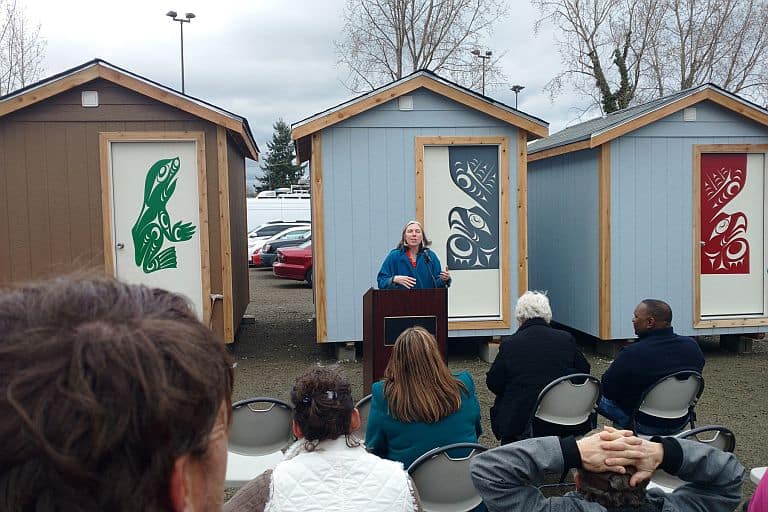