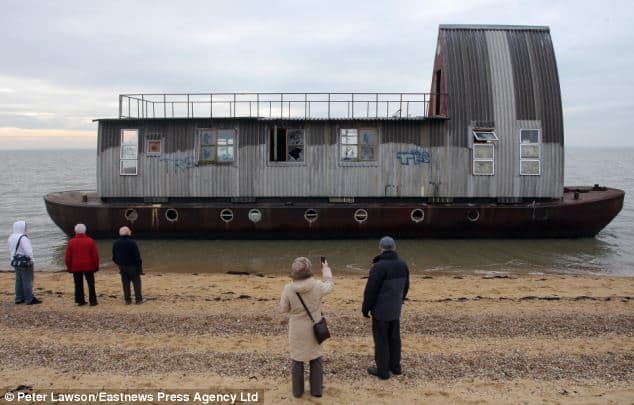 several years ago, this UK couple decided to do a sort of “extreme home makeover” houseboat edition. Chris Miller and his wife bought the eco-barge with grand plans to build an eco-friendly houseboat and set sail with their two children. It was to be constructed with reclaimed and sustainable materials, with a windmill for power and they poured their own money into it until it ran out. Far from seaworthy, and $100k deep into rebuilding their houseboat into an eco-friendly floating home, they were desperate for some help. In the process they got picked up by a TV show. Great news, right? 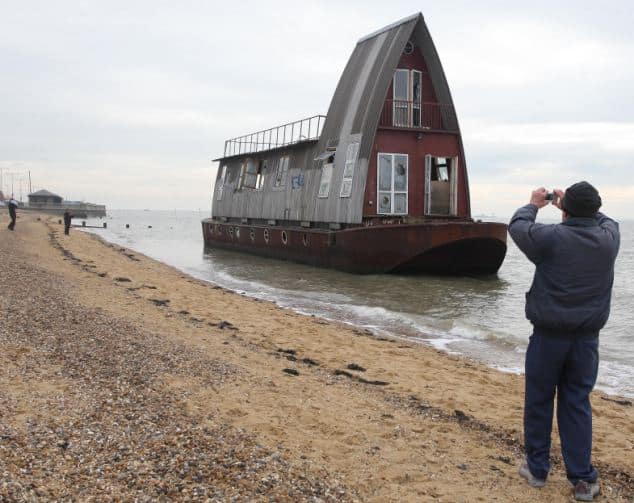 With no means to complete the project, the couple abandoned their dream, and struggled to find a place to moor it. Parking something like this isn’t easy, and harbormasters aren’t regarded as the most scrupulous bunch of folks, often quick to pawn off abandoned boats to the lowest bidder.

Squatters took to the barge, which was plenty well equipped for their tastes. That gave way to vandals. At some point it completely broke free from its mooring and just floated away on it’s own voyage. 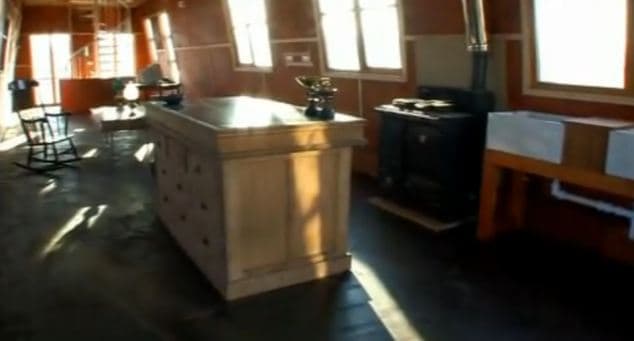 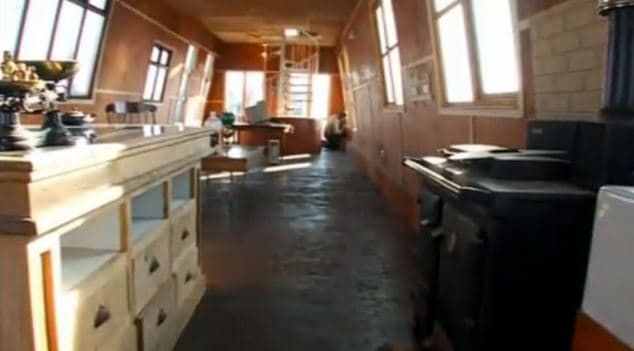 Until today. That’s when the ghost ship washed ashore, much to the amazement of some folks strolling along the beach. The abandoned houseboat has seen better days, for sure, but it’s simply amazing that it even turned up at all. A few things have changed. It sports a sweet graffiti paint job, more rust than before, and the interior might be missing a few things. But it still floats. That may or may not be a good thing for the couple, who lost a lot of money in their project and may wish it just sank to the ocean floor instead.