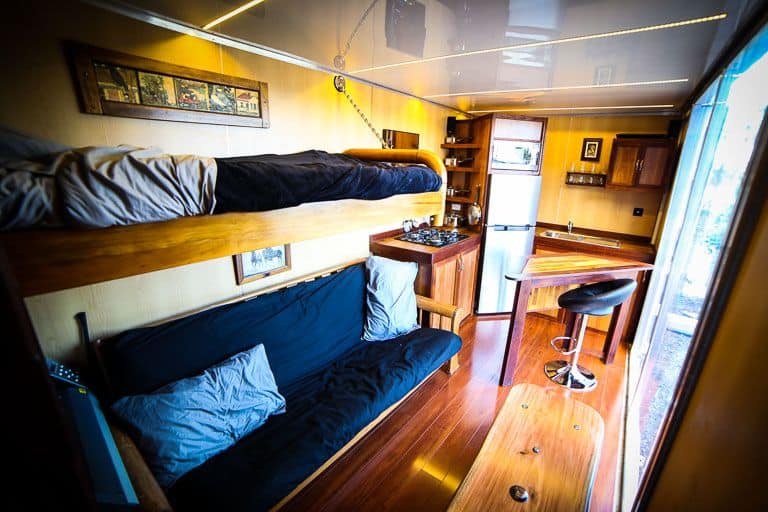 It’s always great to see a tiny house from somebody with a background in boat building. These guys know so much about making long, narrow spaces livable – and even luxurious – that the results are always interesting and often spectacular. Not all that many of them make the attempt, though. Maybe a road-bound THOW just doesn’t compare to a yacht that can cross oceans. But now a shipwright called Evans has created something that’s actually mobile over both the highways and the high seas. It’s a 20-foot shipping container home, and because Evans didn’t modify the exterior structure at all, it can still be transported just as a home-less shipping container could. If Evans wants to move to another city, he can hire a truck; if he wants to move overseas, he just has to book space on a container ship. The house isn’t picky about where it’s delivered, either: while it has utility hookups, it’s also off-grid capable with a solar setup and water tanks. The wood-finished interior looks great and is so well designed that it makes 20 feet look like plenty. At one end is the bathroom, which has a full-sized shower stall and sink and a macerating toilet. At the other is an ergonomic triangular kitchen that lets you access the refrigerator, food prep counter, stove, and sink just by turning from one to the other. (It also has a washing machine hidden in one of the cabinets.) In the middle, a long sofa and a bunk bed look out through glass doors when the container is open. Evans built this one for himself, but he’s open to making them for other people; get in touch if you’re interested. Shipping worldwide, of course! 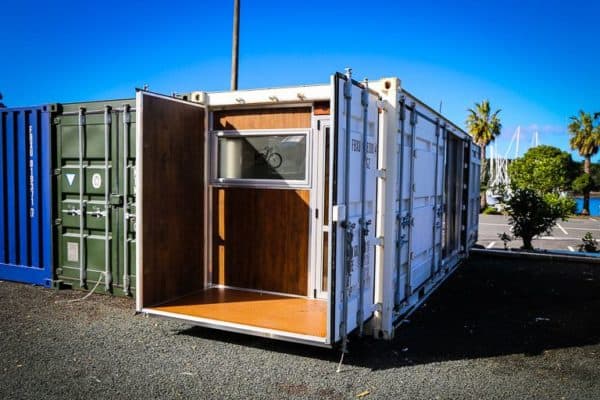 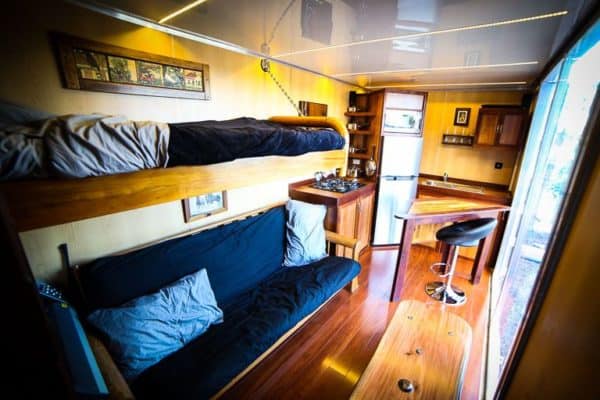 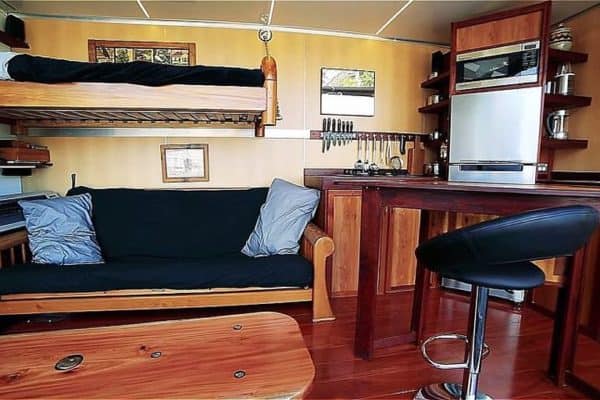 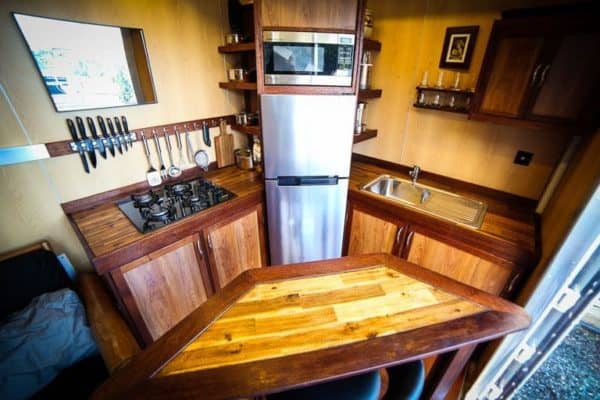 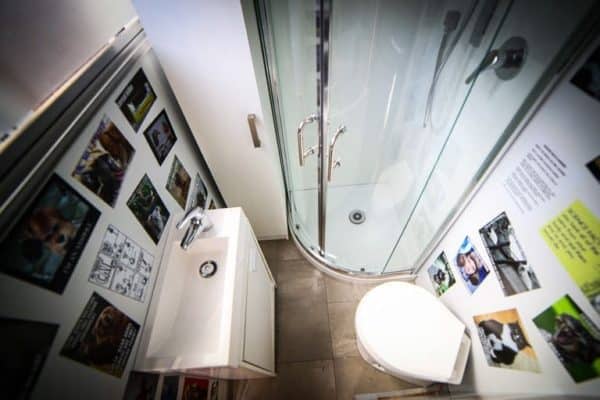