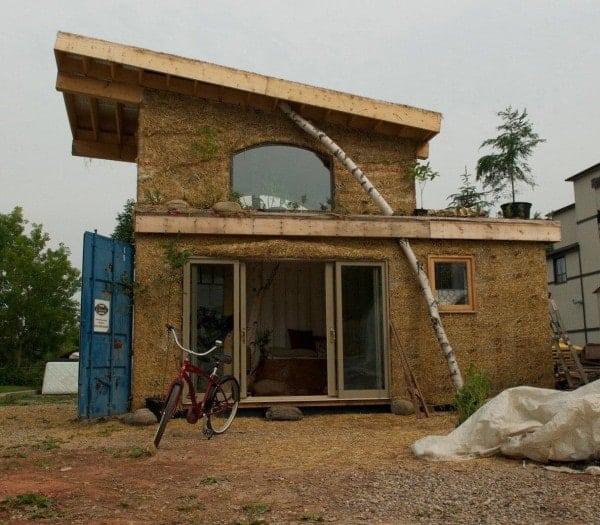 A 20-foot shipping container can be a conveniently ready-made, sturdy, and affordable structural member for a tiny house. Its thermal properties, however, leave a lot to be desired. To solve that problem, Guelph, Ontario, resident Christoph Kesting invested a huge amount of his time and money in building a thermally efficient container house.

He sold his own home to finance the project and spent a year working on it in 2012/2013, admitting to the Guelph Mercury newspaper that the stress had taken a toll on him. He hopes, though, that what he learned will help other people interested in building with shipping containers, and he’s published an eBook about his experiences entitled How To Build A Container House. Christoph is also hoping to recoup some of his costs by selling his Foxden Container House (as-is price is $48,000 and it can be shipped, of course!). 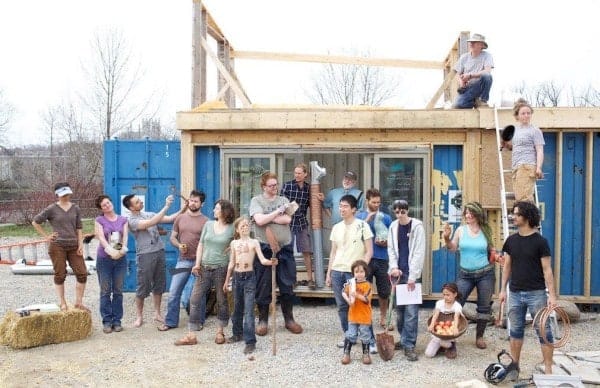 Christoph’s major innovation is the use of a cob-based rocket mass heater, wherein heat from wood burning at high temperatures in the combustion chamber warms the surrounding cob, which then re-radiates the heat into the home. A two-hour burn could keep the Foxden warm for almost an entire day. But that’s not the only way the house saves on heating bills. The walls and roof are ready for high-R-value insulation, sliding glass doors on the south side let in a great deal of solar energy, and the north side is designed to be semi-submerged in a hillside for further thermal regulation. Add in solar panels and a composting toilet, and you end up with a home that’s not only warm but capable of going completely off-grid.