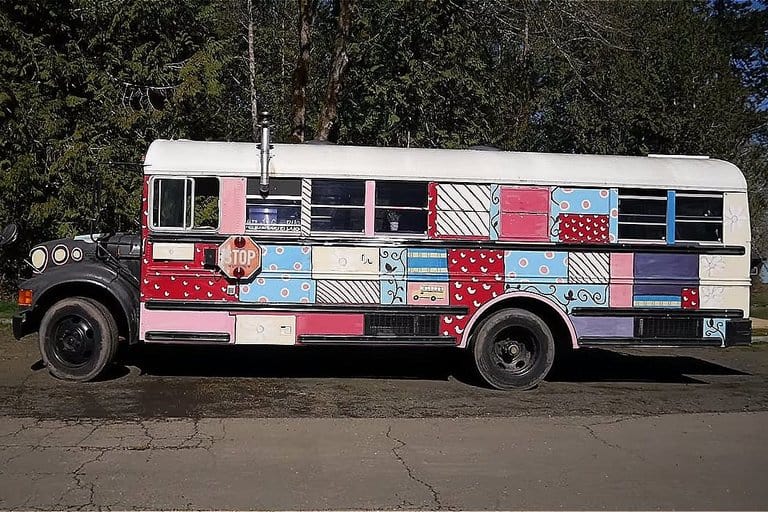 Patchwork quilt quirky on one side and flower power pretty on the other, the Ellen DeGenerBUS is eye-catching even by the offbeat standards of skoolies. It belongs to Randy Hulse, who’s been working on it and living in it on her parents’ property in Washington State for a couple of years now. Randy has remodeled the interior floor to ceiling, unhurriedly and inexpensively (she’s spent just $13,000 all told), and is planning to put in a shower and some solar panels before hitting the road. She’ll be making her living as an itinerant artist and hairstylist, literal and metaphorical miles from her old 9-to-5 job in Seattle, and she’ll be doing good deeds, making people smile, and generally making the world a better place while she’s at it. Just like Ellen DeGeneres herself, Randy explains – but we think it’s a tale L. Frank Baum would have been proud to tell!

The free-spirited paint job is going to be a great advertisement for Randy’s artistic talents. 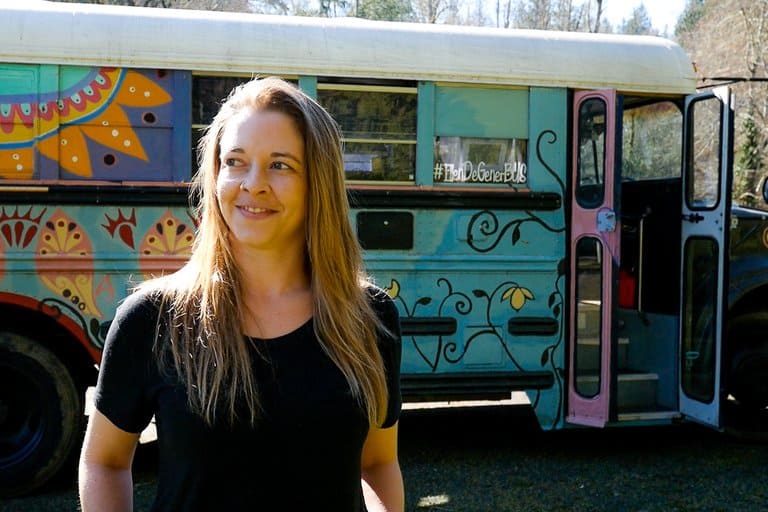 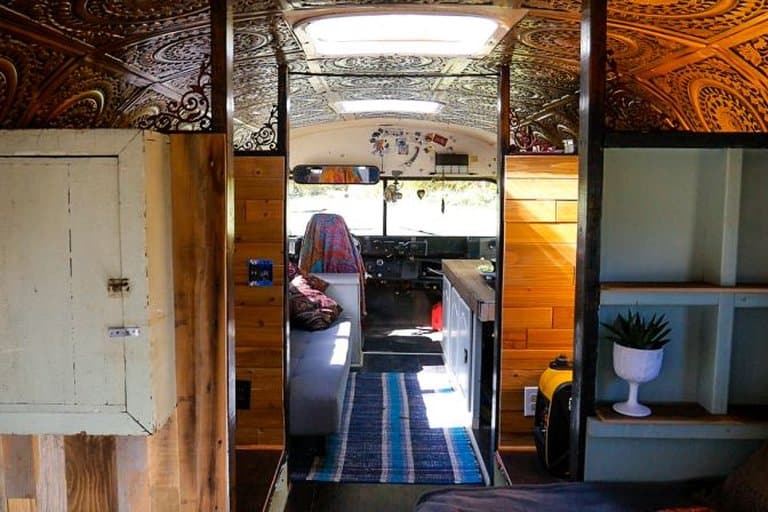 The interior is more muted – except for the elaborately embossed plastic ceiling panels. 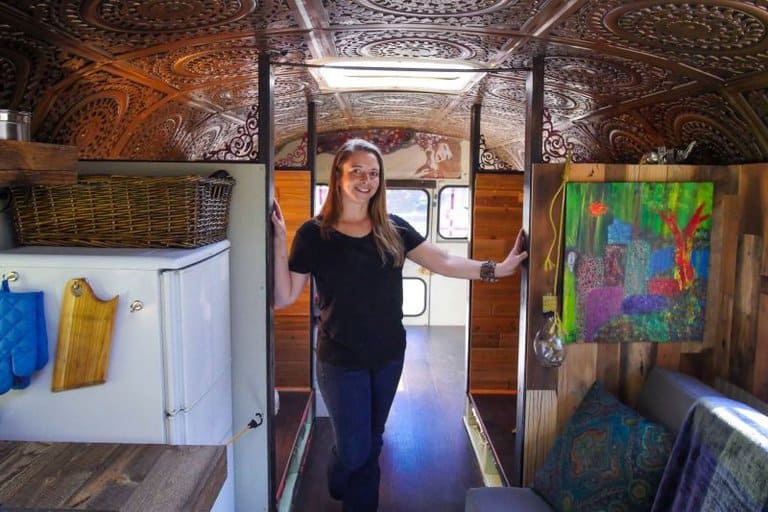 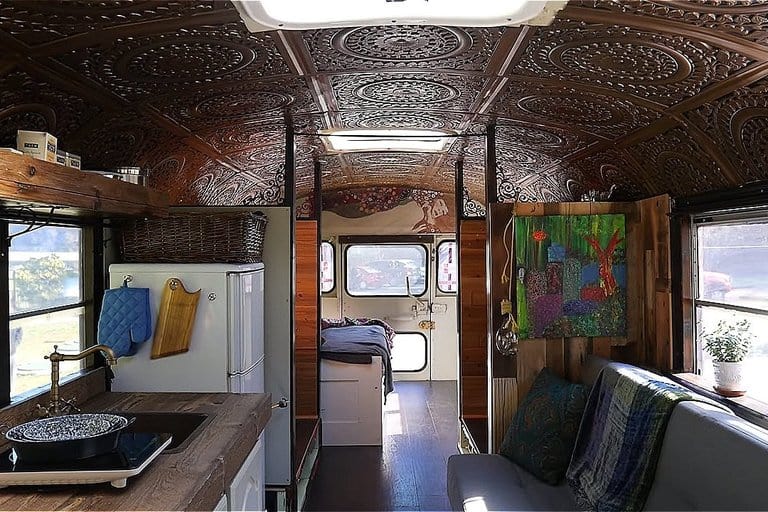 The bus has fresh and gray water tanks for the kitchen facilities and soon to be installed shower. The toilet will be a Nature’s Head composting unit, though. 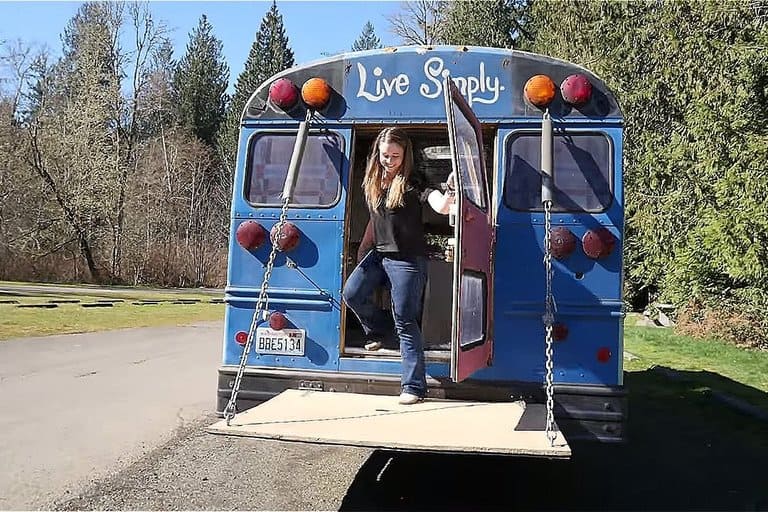 A small deck folds out of the rear to provide outdoor seating. 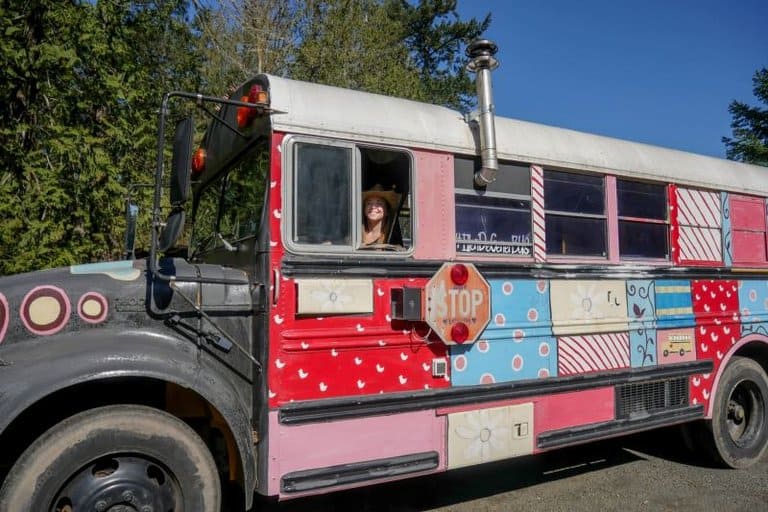