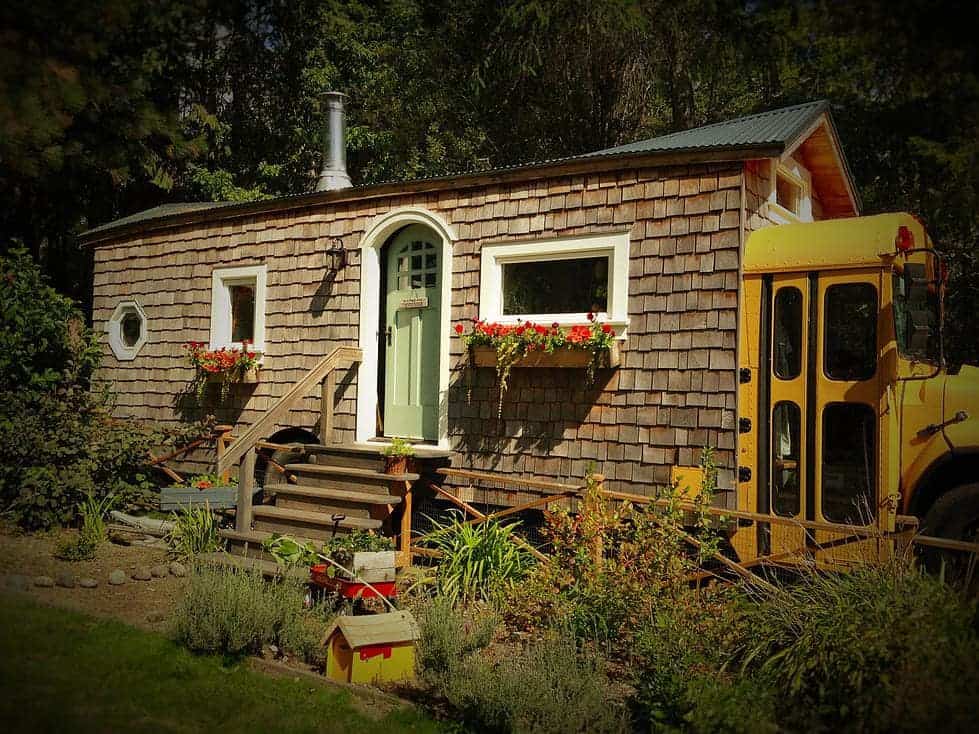 Jeremy Thompson’s has to be one of the most complete bus conversions around and in fact we wrote about it before, but now we know a little more about this amazing build so it’s worth a revisit. It hardly looks like a bus anymore, more like a quaint cabin with a school bus cab sticking out from one end. The interior has been so completely redone, covered in wood and filled with classic appliances, that you have no clue whatsoever that you’re inside a vehicle. And yet, amazingly, the bus is still drivable (although the Thompsons make most of their trips in another vehicle). Jeremy was able to pull off the difficult technical task of blending the house structure with the bus body thanks to years of experience in both carpentry and auto body work. He has his wife, Mira, who’s an artist, to thank for the beautifully whimsical and nostalgic aesthetics. Mira came up with the floor plan and did all of the interior decorating, among other contributions. 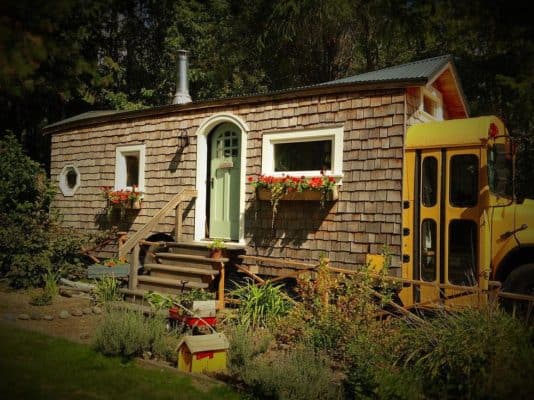 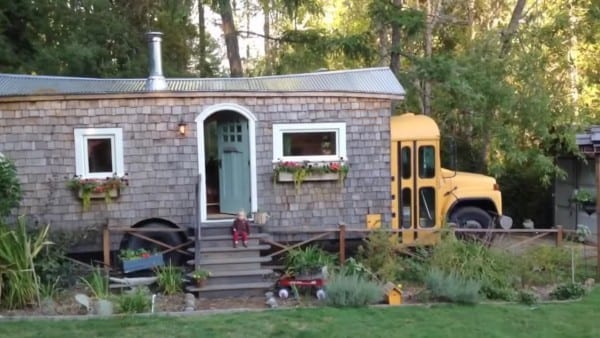 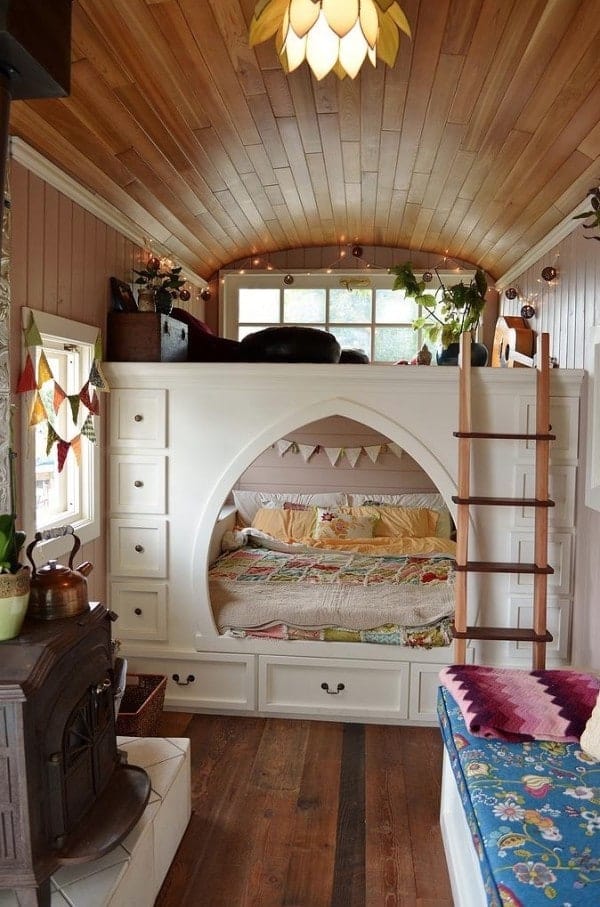 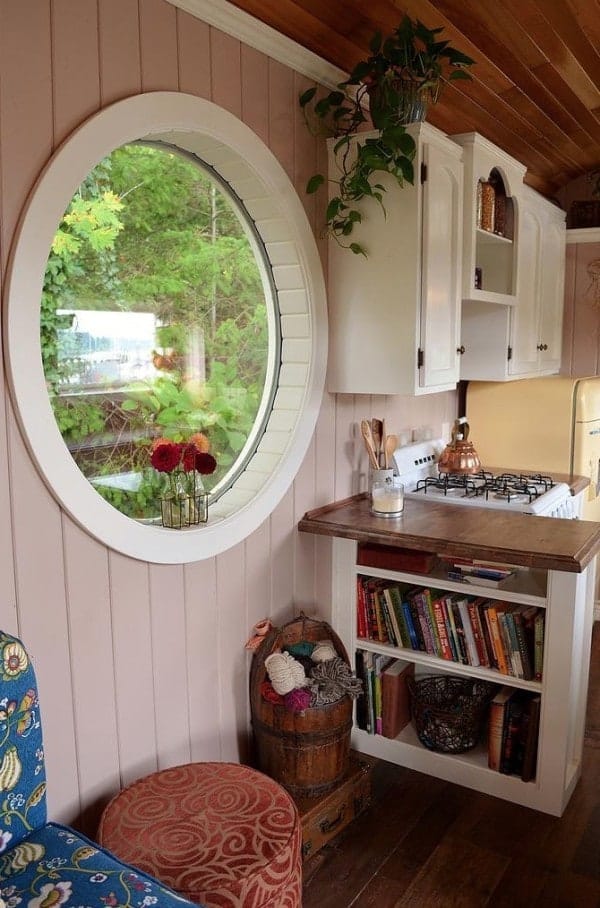 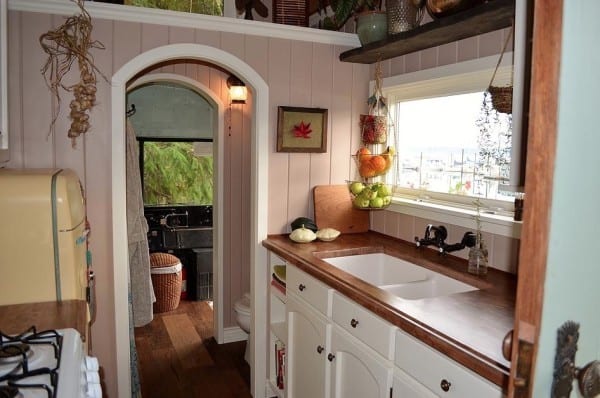 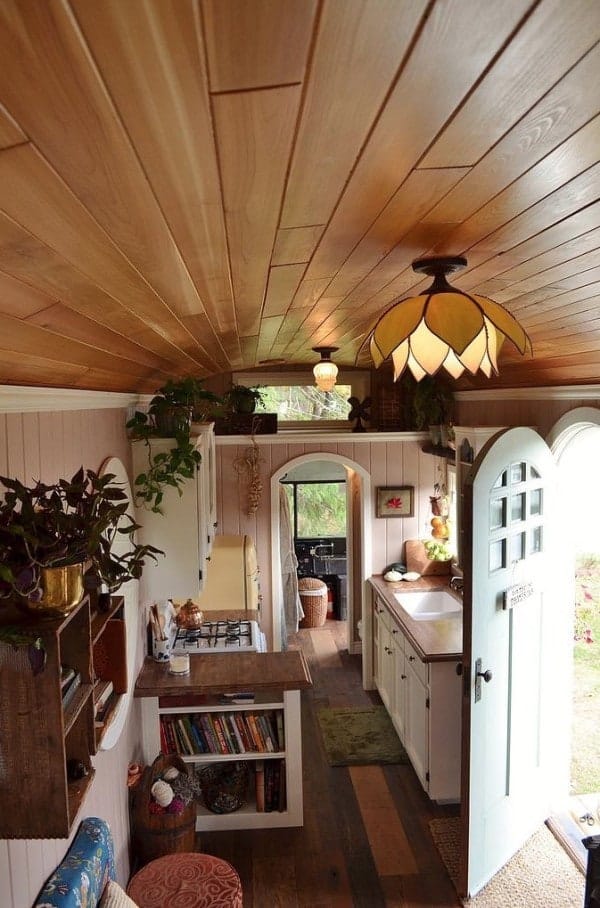 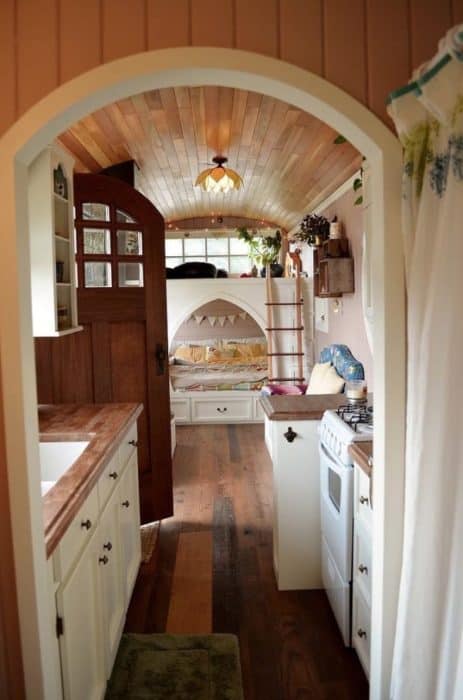 The Thompsons took about two years to build their bus home, and they now live in it on the Key Peninsula in Puget Sound with their daughter, Carys, who was born about the same time they started the project. (Which may explain why it took so long to complete…) They’ve appeared on Tiny House Nation and the Marilyn Denis Show.