This small house is located right on the water of historic Rockport (Massachusetts) Harbor, a site so quaintly charming that it’s a well-known mecca for tourists, artists and photographers. So let’s get one thing out of the way straight off: It’s not cheap. It’s not even pricey. It’s $688,000, i.e., pretty close to fourteen hundred dollars for each of its 496 square feet. Location, location, location, right? But hey, if you can imagine it being transported to some stretch of coast where you could actually afford to live, it’s a pretty nice little place. It’s not nearly as old as the harbor, having been built in 1974, but the Yale-trained architect who designed it took pains to pay tribute to area traditions – and to the lobstermen’s shack that formerly stood on this very site. Aside from a small, chic bathroom, the interior is open-plan, with a classic (and surprisingly unpretentious) nautical style and, of course, lots of windows for those enviable harbor views. From a tiny house standpoint, it has an ample sleeping loft and, although it’s on-grid, makes use of an on-demand water heater and a cast iron stove, both powered by propane. 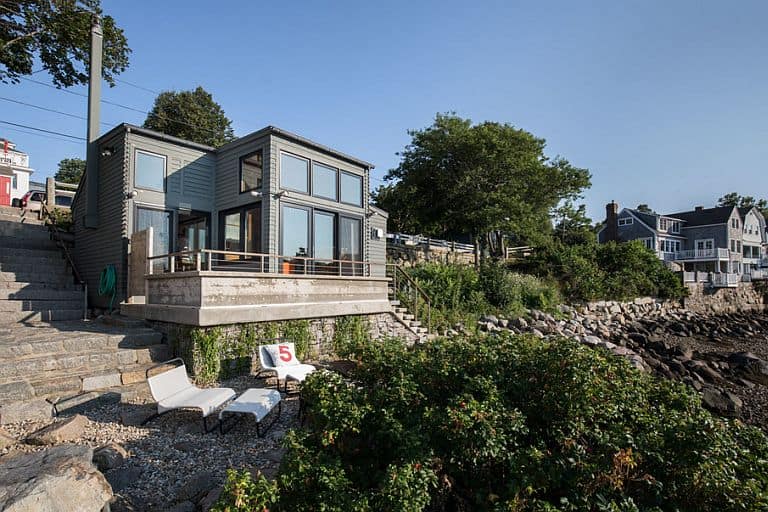 The granite steps lead up to Rockport’s many restaurants and boutiques. 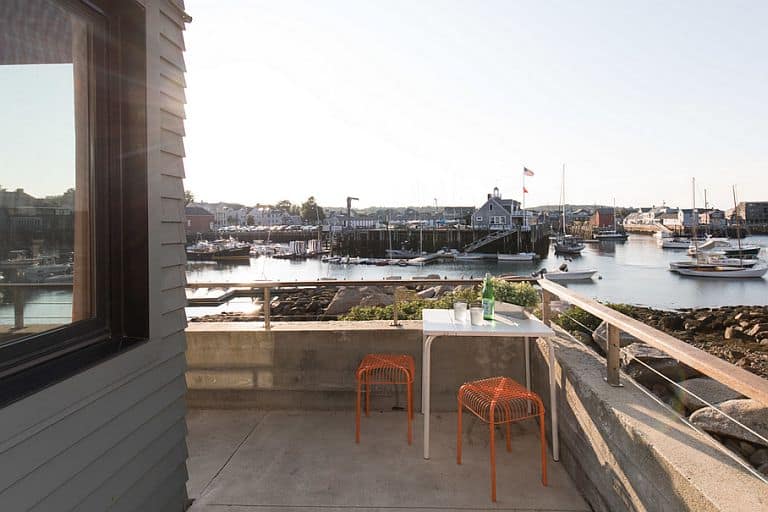 You can see the Atlantic Ocean from here, as well as the world-famous Motif Number 1. 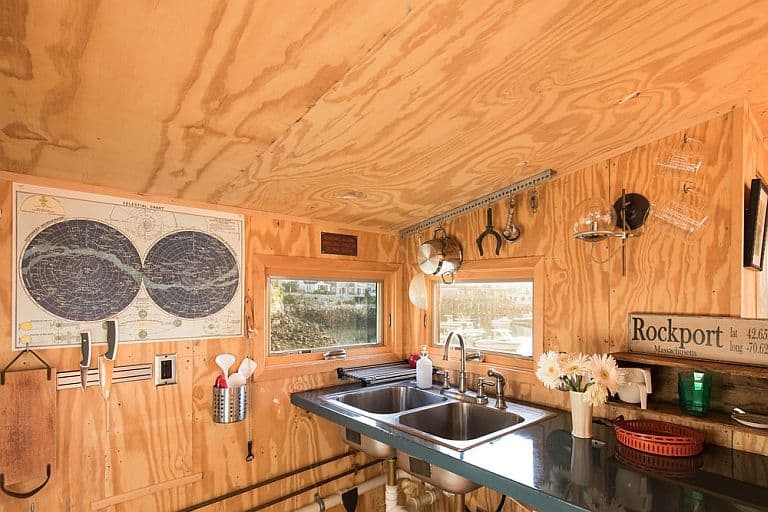 Exposed plywood, exposed plumbing, and what looks a lot like a coffee can utensil holder keep things down-to-earth in the kitchen. 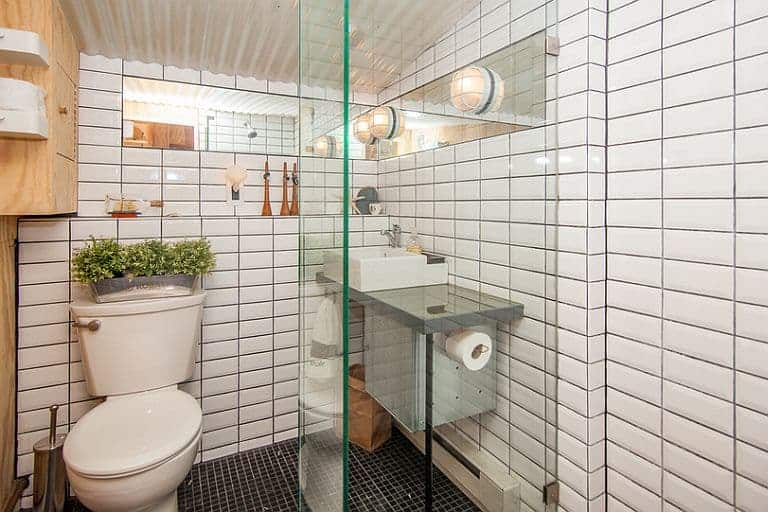 The tile-and-glass bathroom’s a different story. (Well, ship’s bathrooms aren’t generally reckoned to be the most charming part of shipboard life!) 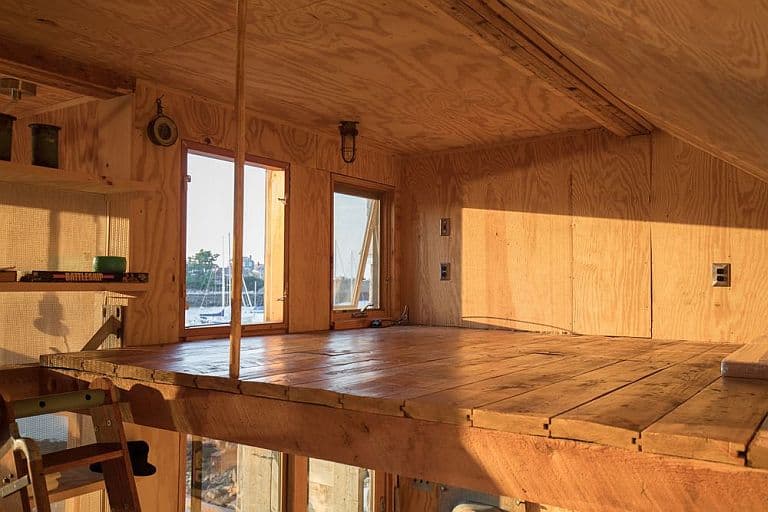 Lovely light – and lots of space – in the sleeping loft.