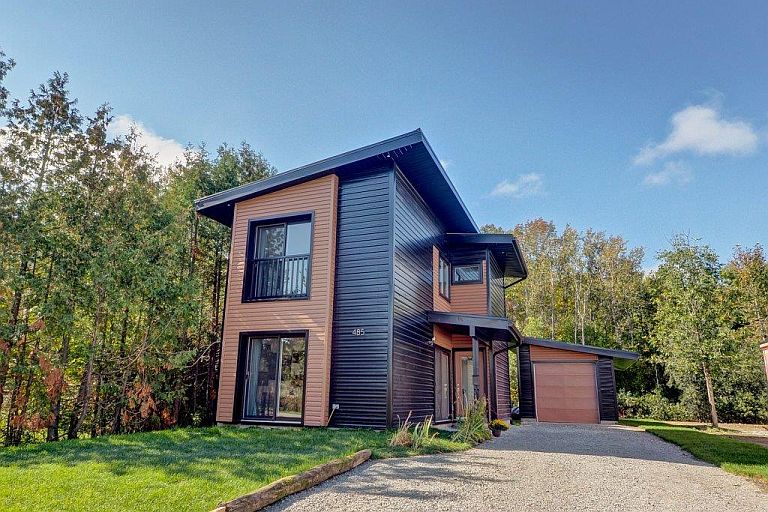 This steel-sided 920-square-foot house belongs to Reddit user JRSinCanada, who posted photos on Imgur and reaped over 100,000 page views in about a day. The popularity is very understandable; it’s a lovely place, and JRS gets credit not just for the pictures but also for the design and build. He says he’s always loved architecture – as a kid, he would draw floor plans for fun – and originally planned to get a master’s in it. The three-year architectural technology degree he ended up with instead let him build a successful design business that was obviously great preparation for creating his own home. He bought some property an hour and fifteen minutes north of Toronto for $70,000, then spent about $140,000 and eight months on the house, doing most of the work himself. As it’s now been appraised at $300,000, that looks like a pretty good use of his time – not that he’s thinking of selling anything except plans just yet. 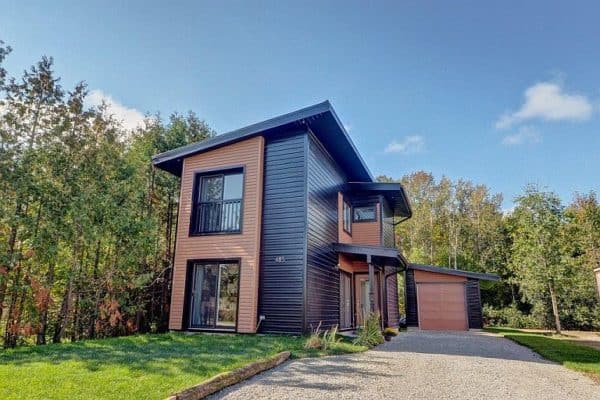 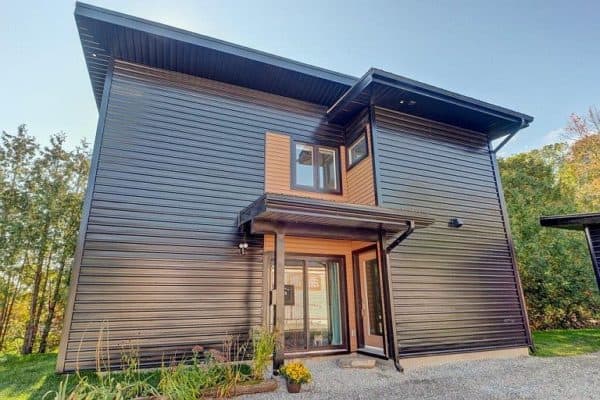 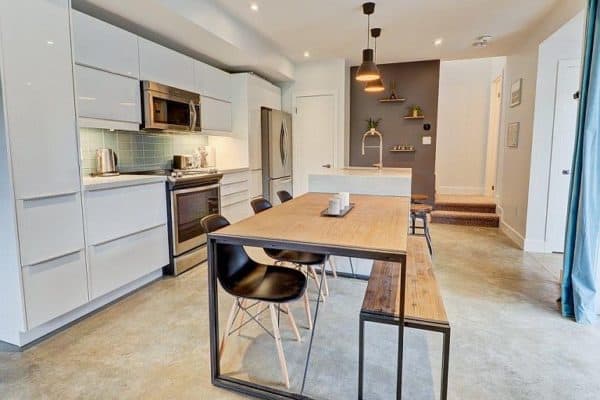 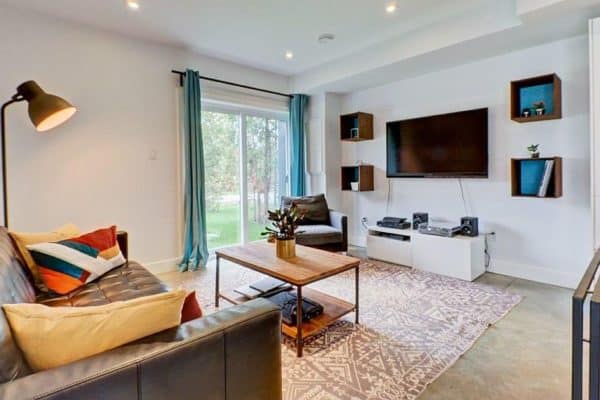 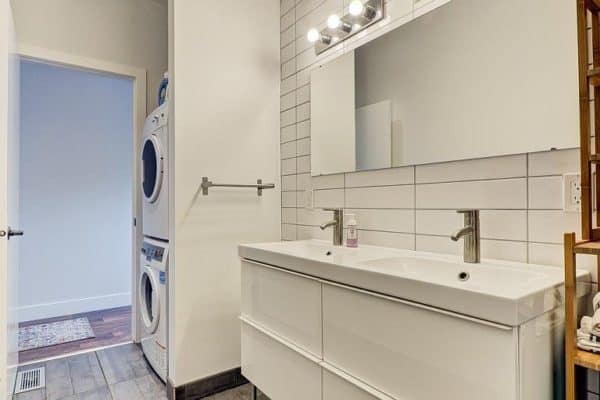 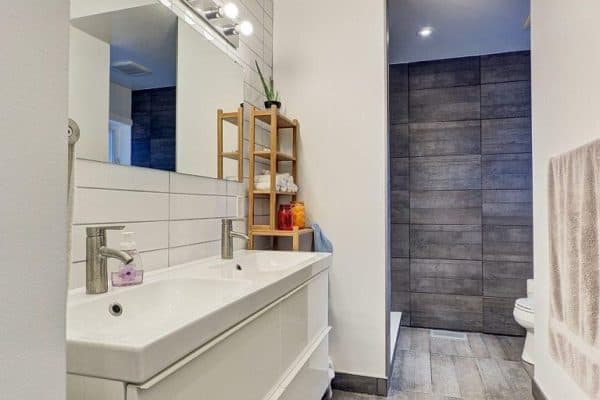 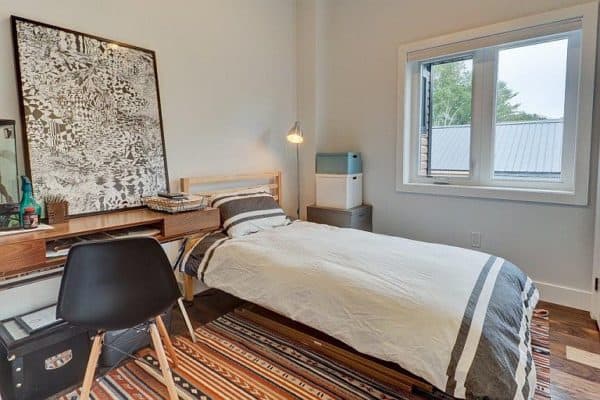 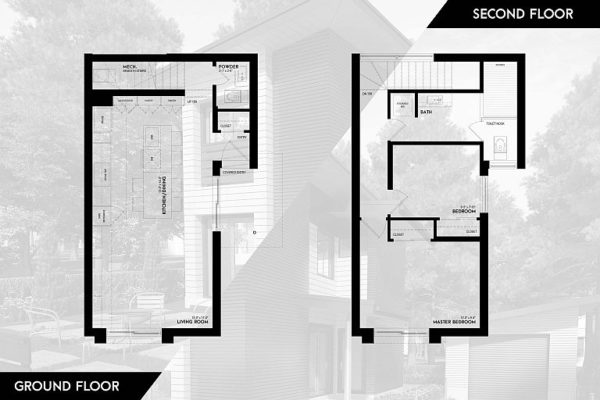