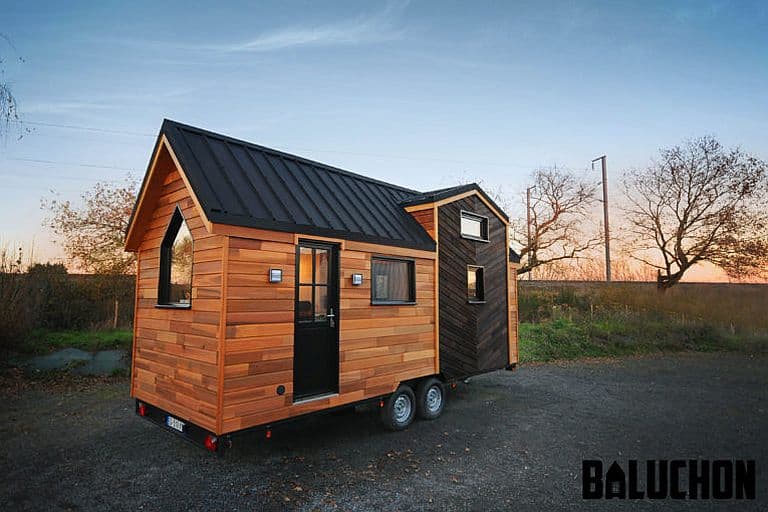 French tiny house company Baluchon has a new custom build out, the Calypso. From the outside the 22-foot THOW looks conventional but classy, with a black metal roof and shou sugi ban / yakisugi accent wall setting of the red cedar siding. Inside, it’s almost amazing what they’ve managed to fit into a house this size.

An exceptionally functional dining area spreads across the rear of the house; the three seats are for the buyers and their six-year-old daughter. The kitchen area has relatively little storage space, but plenty of cooking space. 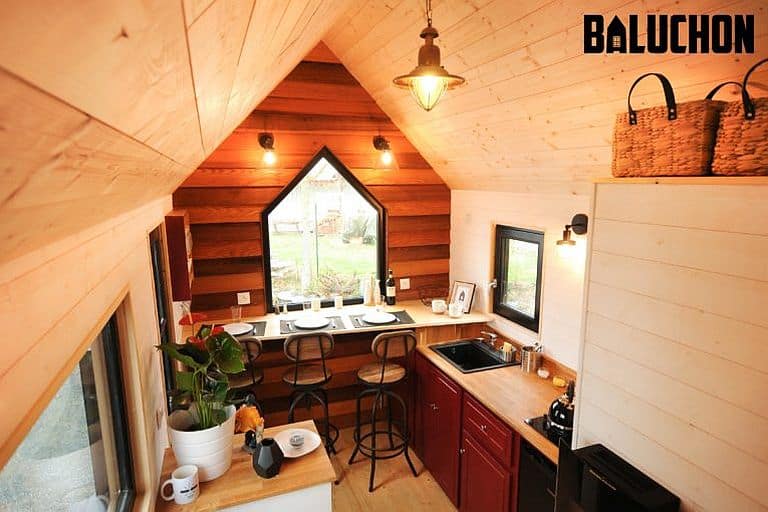 The ‘living room’ consists of a narrow storage couch almost directly across from a wall, but at least there’s a place to sit down and watch TV – and there’s a good reason why the wall’s so close. 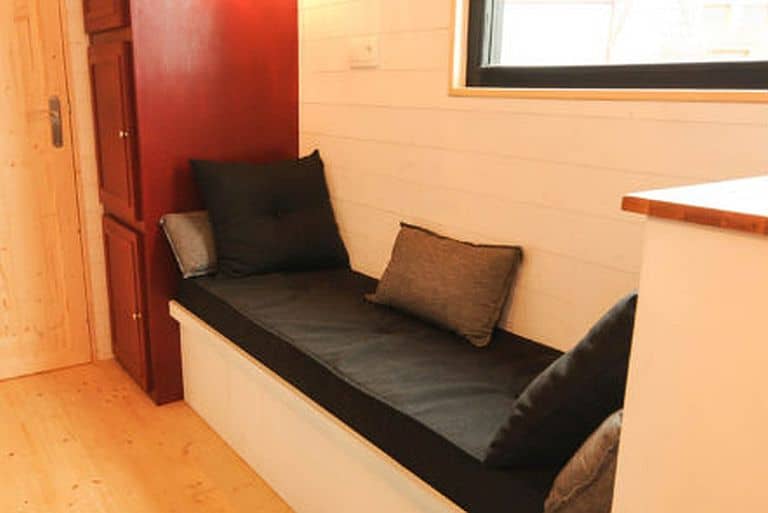 Yes, the wall’s covering part of the bathroom, and that’s necessary because there’s another separate room to the front of the Calypso. 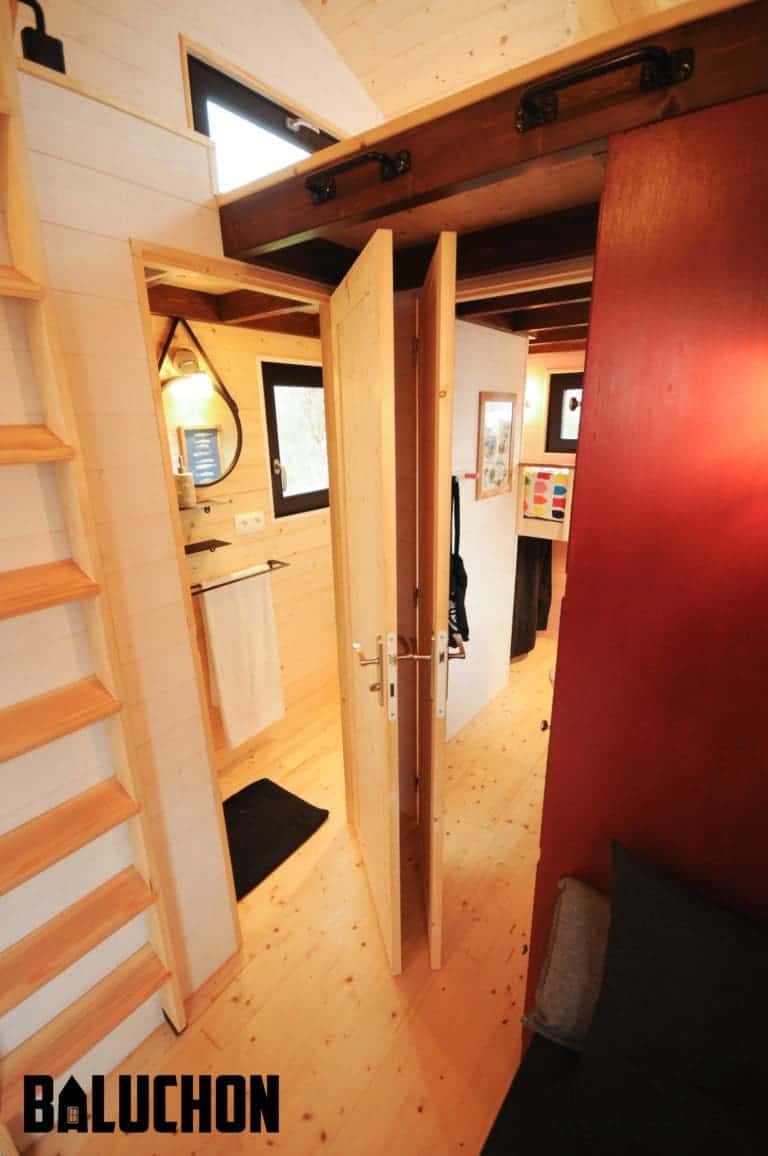 It’s a private bedroom (and, with a desk, study room) for the daughter. 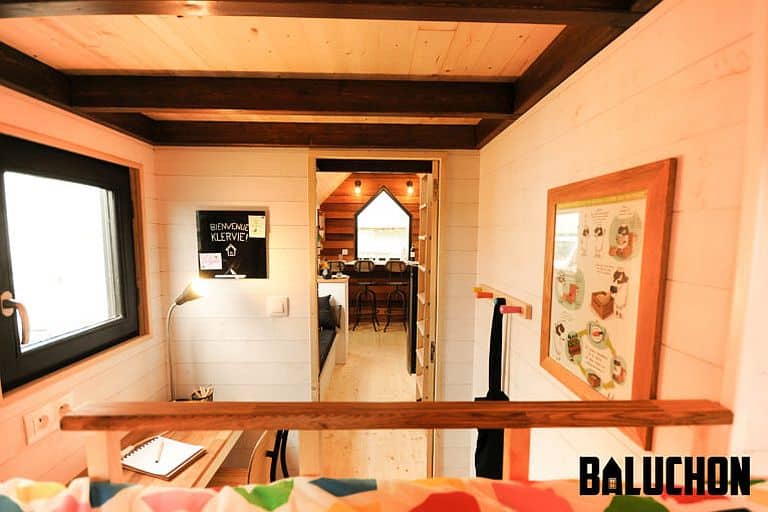 The bathroom misses out on a sink, but gets an ofuro tub by way of compensation. There’s also a composting toilet – and space to turn around. 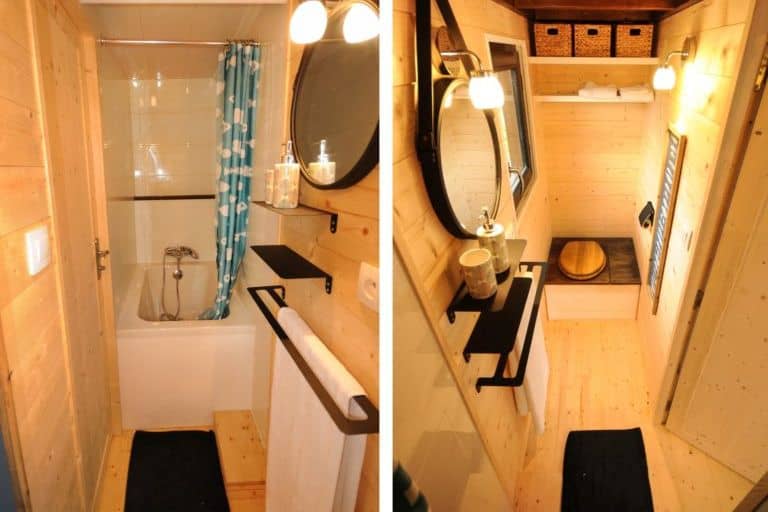 The parents will sleep in the loft, which has an interesting angular ceiling and a couple of windows to let in the light. 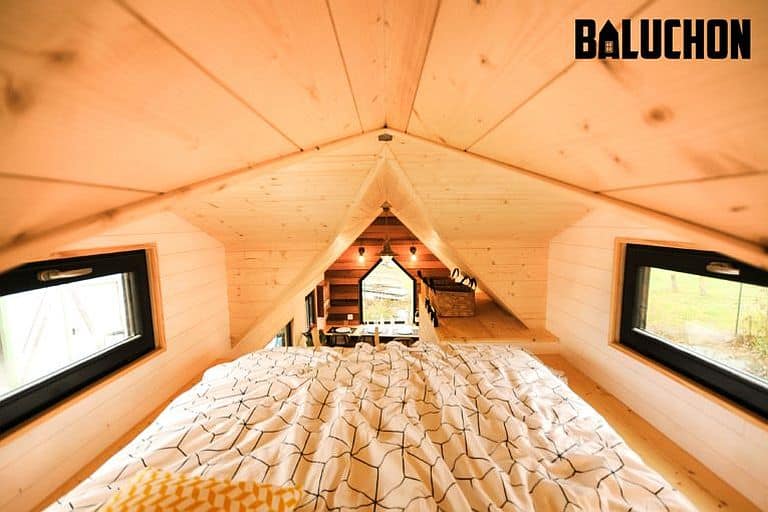 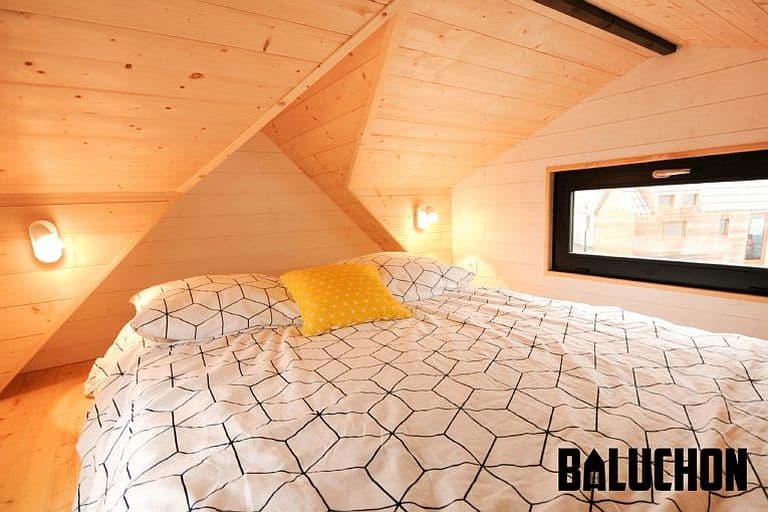