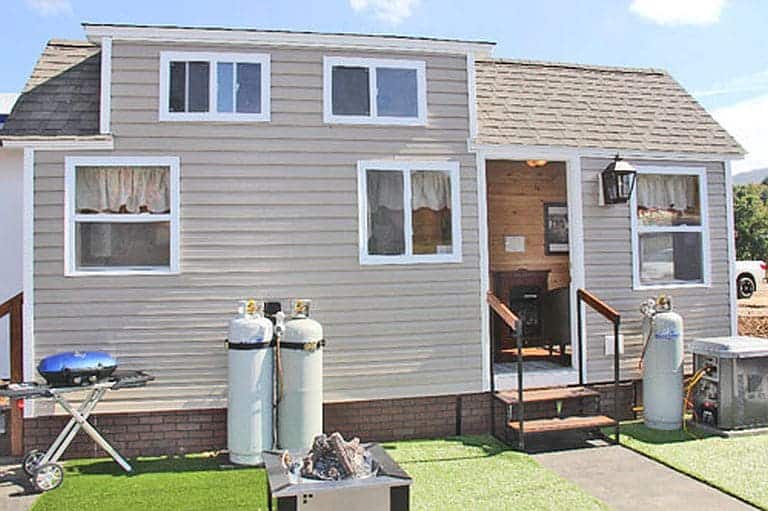 Touring tiny houses have been used to promote products as diverse as sausages and plastics, but here’s one whose relevance is a little more obvious: the Blossman Gas Tiny House. Blossman is the nation’s biggest family-owned propane distributor, and the majority of tiny houses use propane in one way or another. Blossman’s house, however, is able to use it for everything thanks to a propane-powered Briggs & Stratton generator that feeds electricity to the lights and the appliances that don’t burn propane themselves. (Two space heaters, a propane fireplace, and an on-demand water heater use the gas the old-fashioned way.) All that does end up consuming a lot of propane, but for Blossman’s purposes it doesn’t have to be stored on board. The house has been stopping at Blossman outlets throughout the southeast this summer, so when it arrives they just roll out a couple of 40-gallon propane tanks, hook it up, and start the tours. It’s probably better publicity than a newspaper ad or TV spot, and as the 152-square-foot THOW only cost about $30,000 to build, not that expensive either. 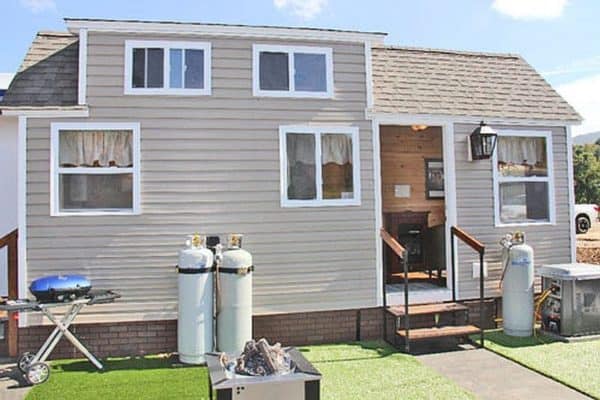 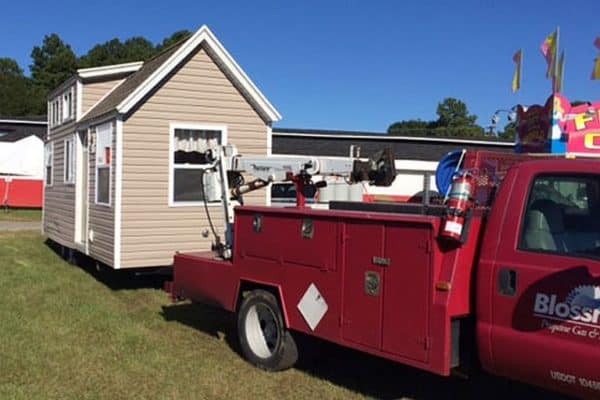 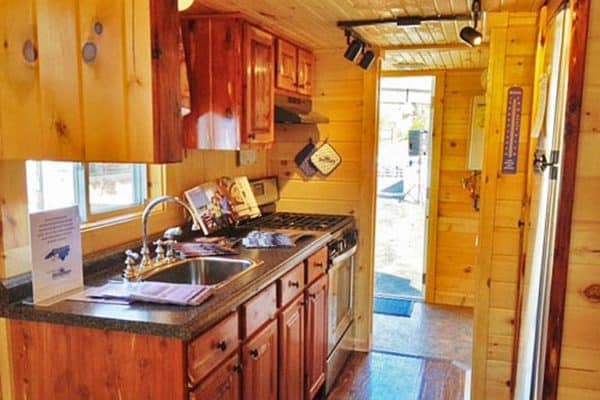 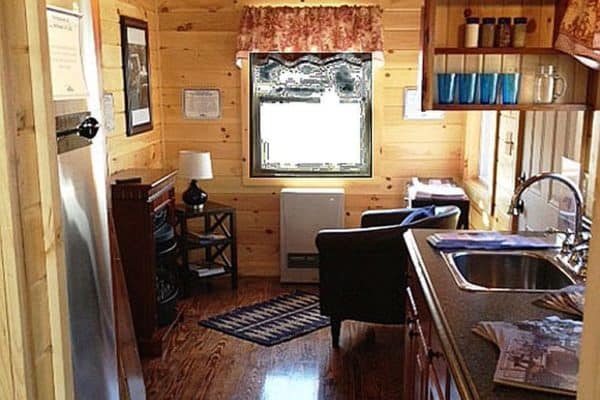 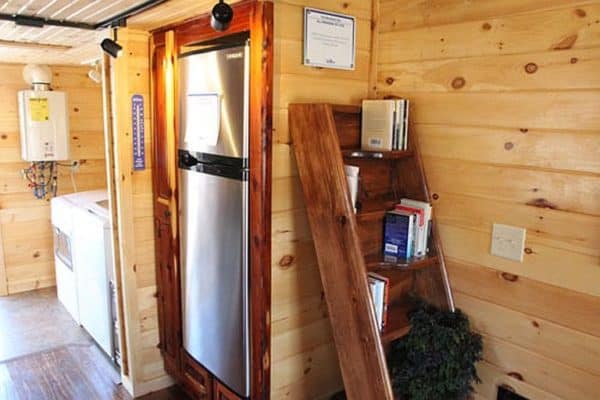