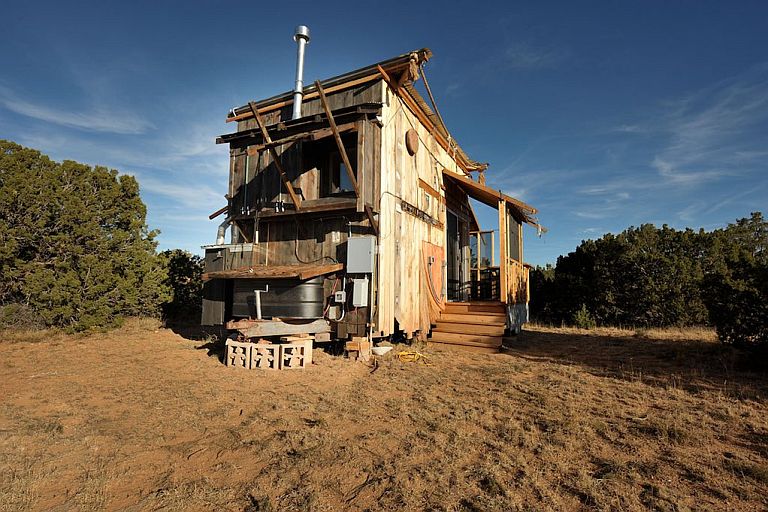 From a distance, La Casita Hita looks like a tumbledown shack left over from Gold Rush days. Closer inspection, however, reveals a full-fledged tiny house with a very unique aesthetic and modern off-grid technology including Grape Solar panels. It also turns out to be a THOW: the large wraparound porch folds up for travel, and the whole thing’s light enough to be towed by a Ford F250. That’s especially relevant now, as La Casita Hita is for sale; it’s currently in Santa Fe, but if you’ve got $45,500 and a capable truck you can take it wherever you like. 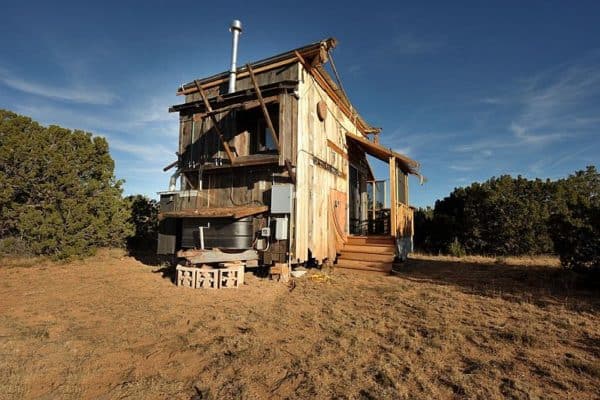 Once you get past the fully roofed and partially screened porch, you find a couple of sets of sliding glass doors that let in the light to make the white-painted interior even brighter. Exposed pipes run along the walls, and the thin whitewash doesn’t do much to disguise the building materials, but it does enough to make things look casual rather than unfinished. The kitchen occupies most of the room, and it has lots of shelf space, granite countertops, and a huge, deep sink in addition to a Caribbean Two Burner Propane Stove from Dickinson Marine. The back is occupied by the bathroom and a small sleeping/lounging alcove. 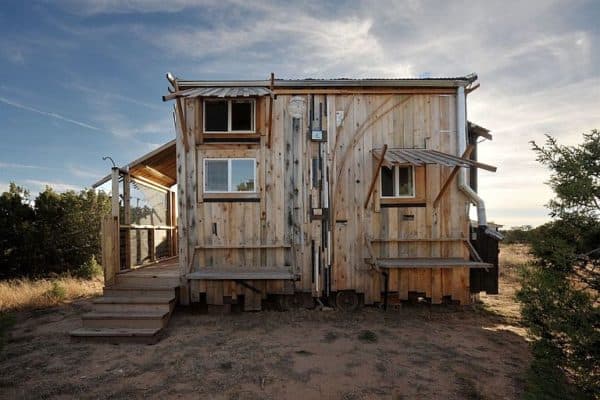 And then, unexpectedly, there’s more – a loft that covers most of the house and when included in floor area gives an impressive 350 square feet total. There’s a window in it, but as a sleeping loft it’s a relatively claustrophobic one, and ease of access looks a little questionable. Using it for storage (lots of it, at least) and sleeping in the downstairs alcove might be a more comfortable option. 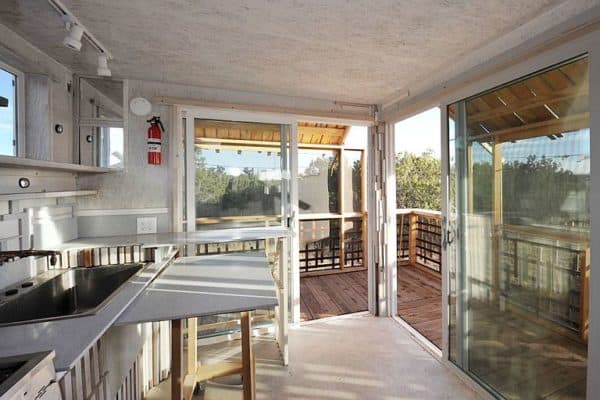 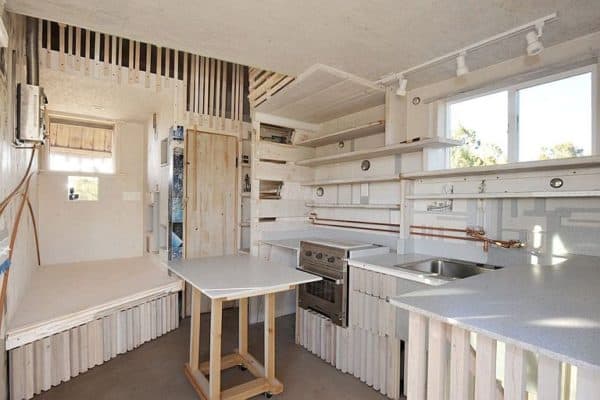 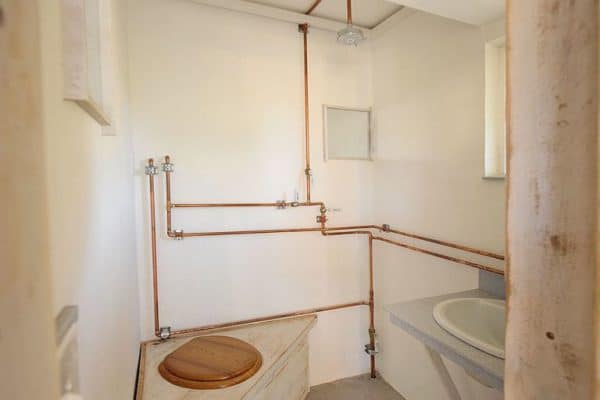 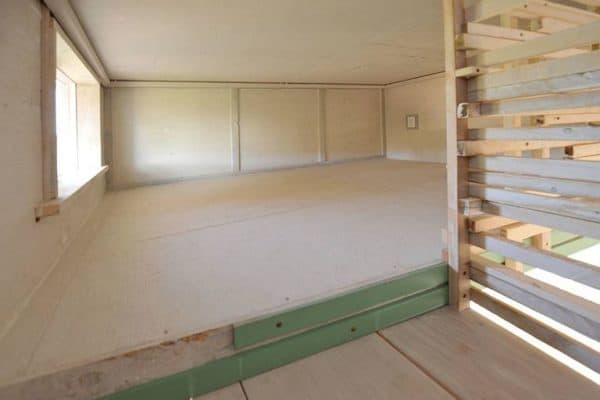 La Casita Hita was designed and built by Pete Kuzov of PK Works, also based in Santa Fe. It’s far from the only unusual project he’s worked on – check out their website for some nice examples of yurts, teahouses, adobe structures and more