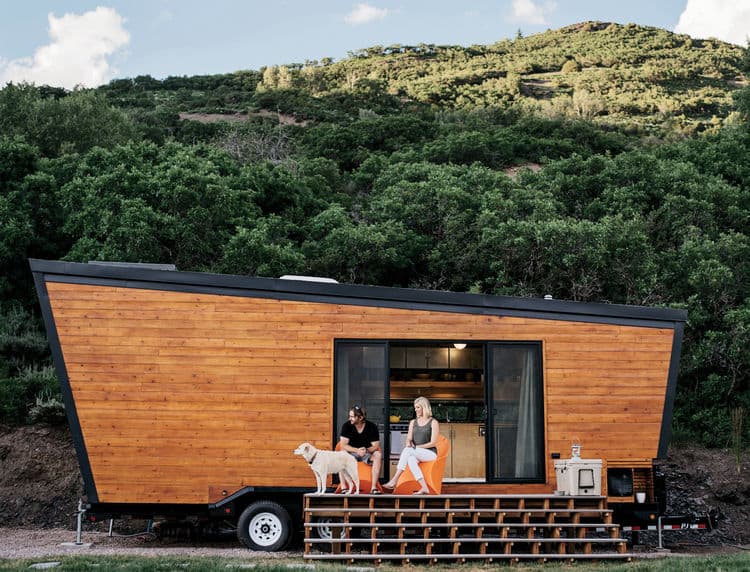 The Buzardes’ home doesn’t look like a house, and while it’s on wheels it doesn’t look much like a trailer either. It’s an original, Brian and Joni’s own design, and also the work of their own hands. Brian had recently graduated in architecture and put his education to use in planning the 26×8½ tiny house on wheels that his brother dubbed Woody, but neither member of the couple had any practical experience in construction.

It’s no surprise, then, that it took a little longer than they expected – but that’s often the case even for experienced DIYers. The Buzardes spent about a year on it. As others have also found, doing right by a do-it-yourself tiny house project can take a substantial amount of cash along with the time commitment. Woody came in at around $50,000, and even though the Buzardes both had jobs during the construction they went through their entire savings and maxed out their credit cards to get it done. 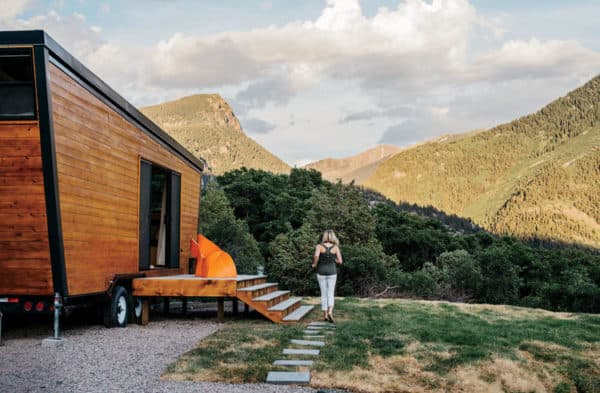 But all that’s well in the past now, and well worth it – the Buzardes moved in in June of 2012 and have been happily sharing it with their dog, Sheba, ever since. Woody’s angular shape obviously isn’t the most aerodynamic, but at a maximum of 13½ feet high it is street legal and the Buzardes did relocate it a few times after finishing construction in Austin, Texas, finally parking it for good on a five-acre lot they purchased in Marble, Colorado. They’re planning to start a family eventually, and planning to move into a bigger place when they do, but until then it’s home. 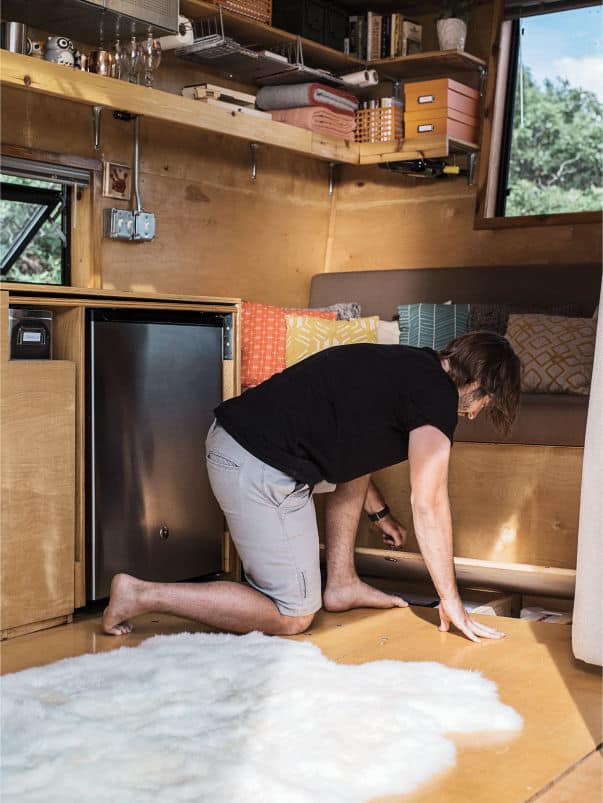 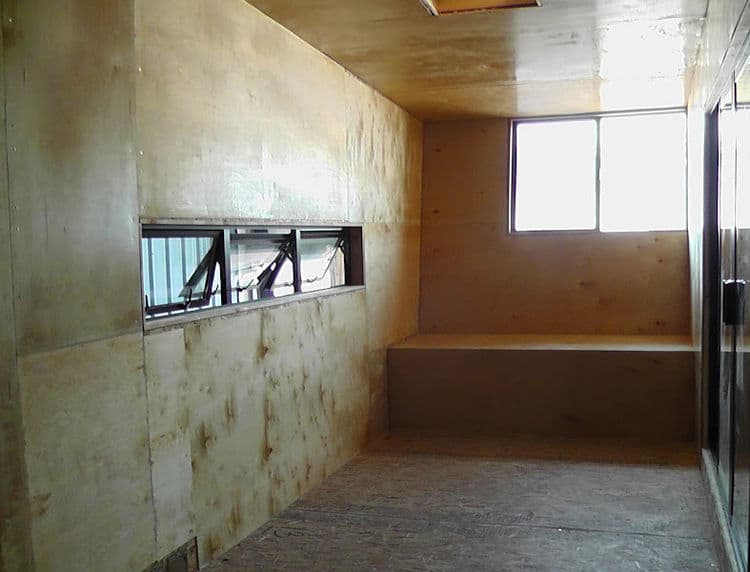 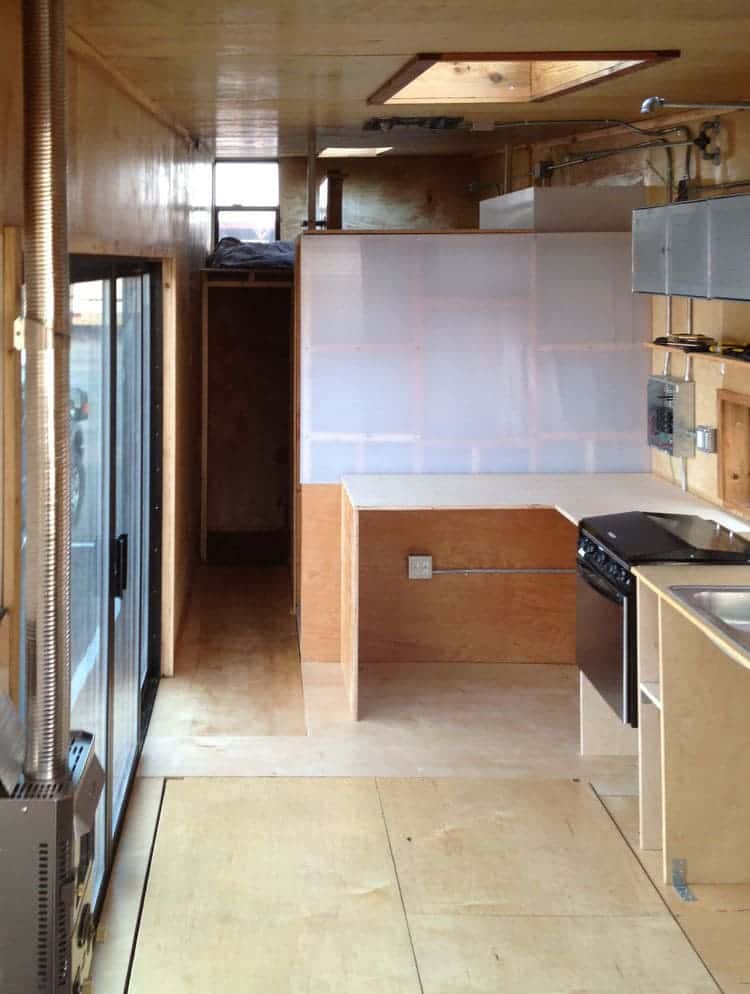 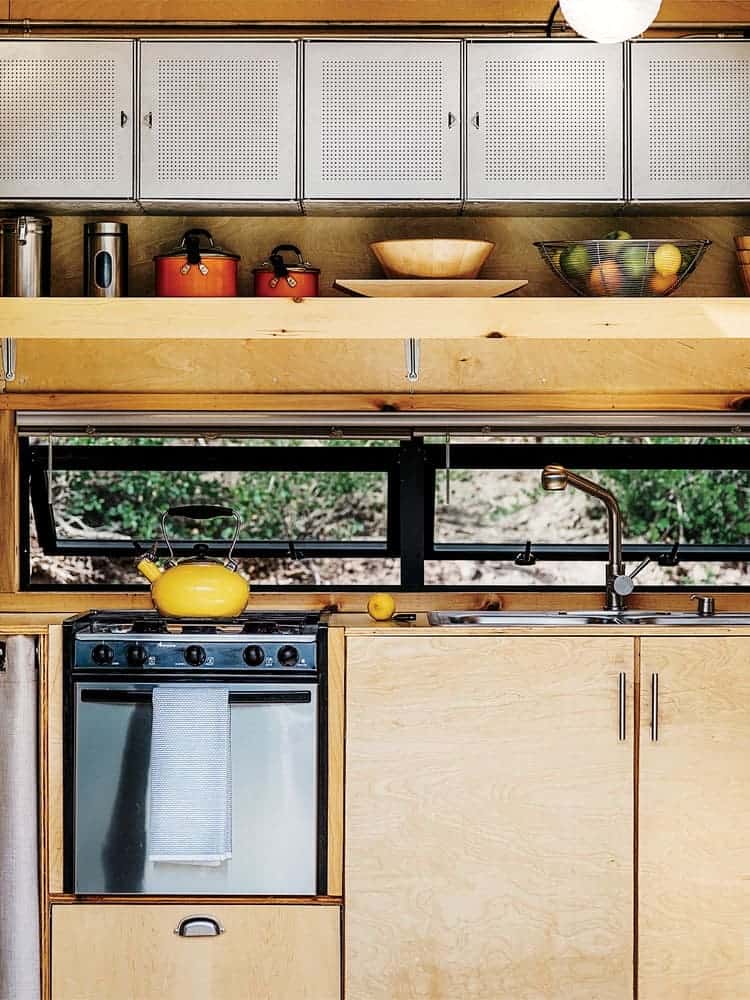 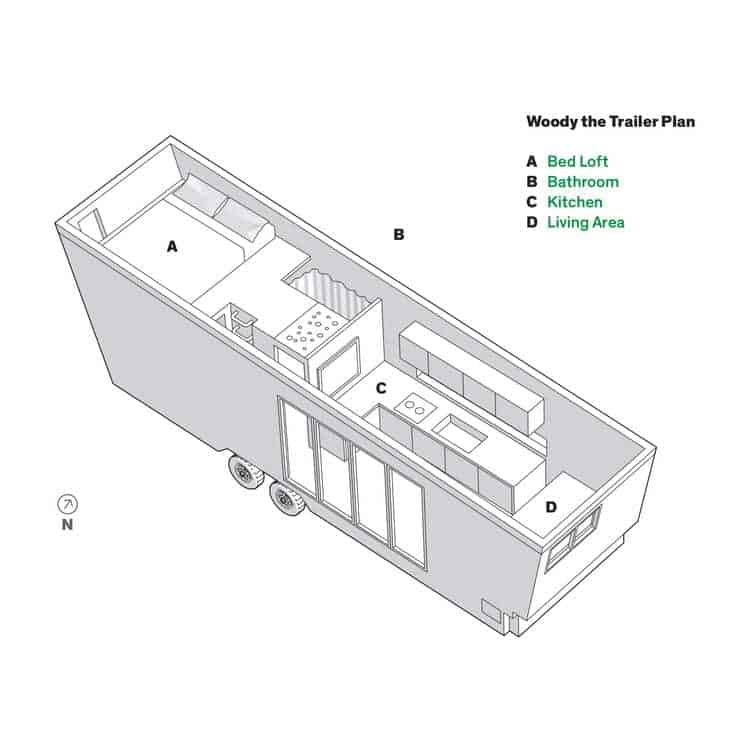 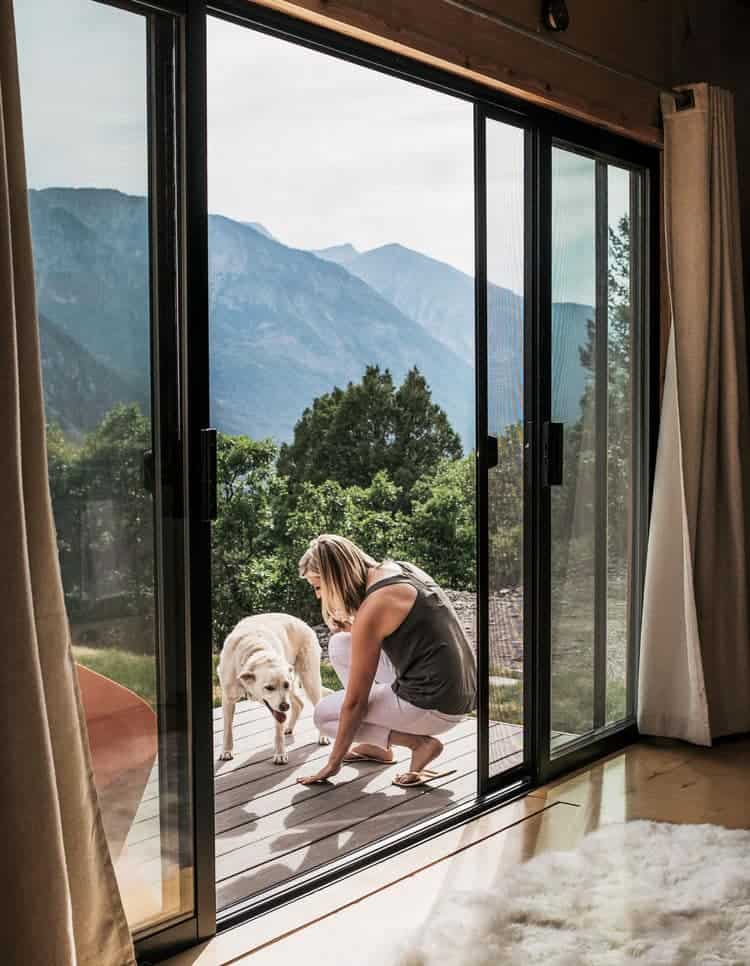 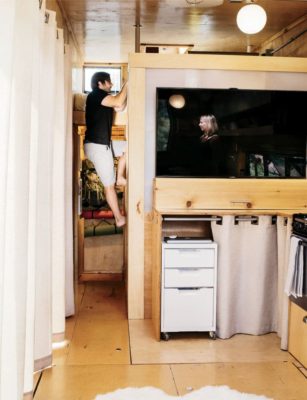 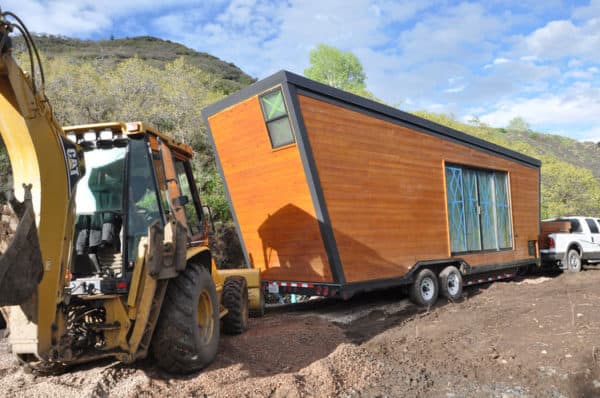 Photos by Benjamin Rasmussen | h/t Dwell
Woody is built from structural insulated panels, and the geometric shape and cedar cladding give the exterior a classy, modern look. By contrast, the interior has a decidedly more utilitarian feel, with exposed plumbing and electrical conduits and birch-veneer plywood covering almost every surface. There’s not a lot of counter space in the kitchen area, but the Buzardes at least found room for a small oven and fridge, and there’s an actual bathtub (well, a converted cow trough) in the bathroom. The bed’s out of the way in the loft and the big sliding glass side door was a quite prescient choice in view of the majestic Elk Mountains now visible outside.