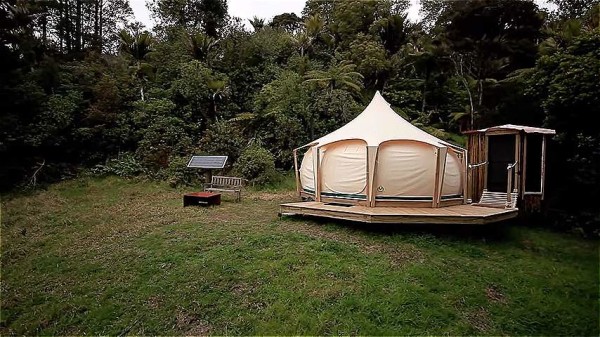 When you’re building a tiny house, maintaining a blog about the project is almost de rigueur. New Zealander Bryce Langston has the blog, alright, and he’s also planning a book and a film eventually, but after two years he’s still not finished with the house. One reason for his leisurely pace could be that he now has a very nice place to live in the meantime: a 16-foot Lotus Belle Outback tent. The American-made heavy-duty canvas tent indeed resembles a giant lotus blossom from the outside; the interior is very yurt-like, with a large central pole surrounded by 200 square feet of airy, high-ceilinged space. Bryce has installed Anevay’s Traveller woodstove, which serves for both heating and cooking, as well as a 150-watt solar system that runs a water pump, on-demand water heater, and refrigerator. 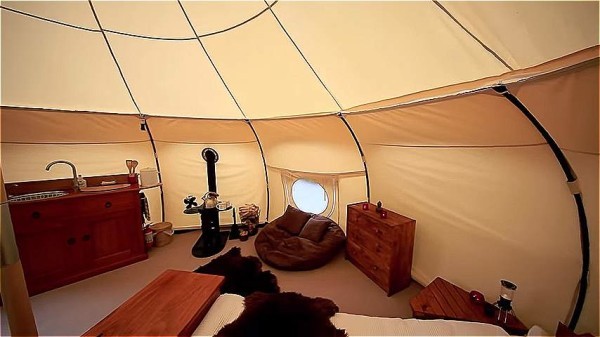 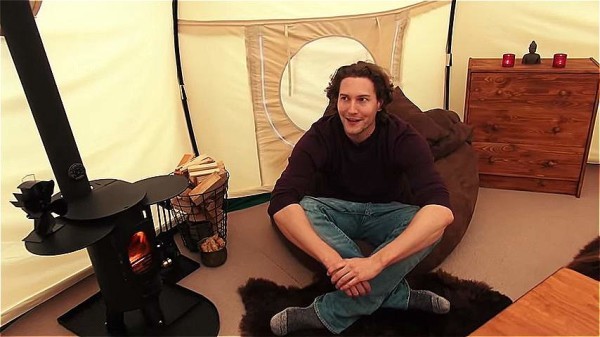 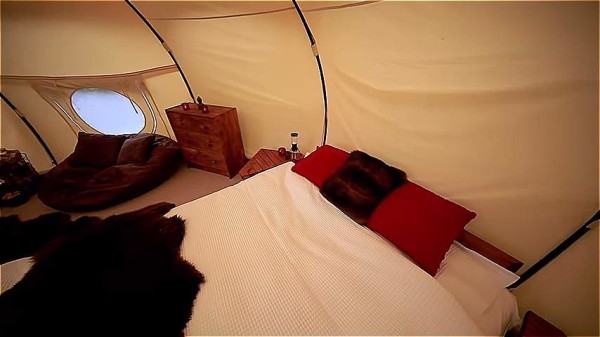 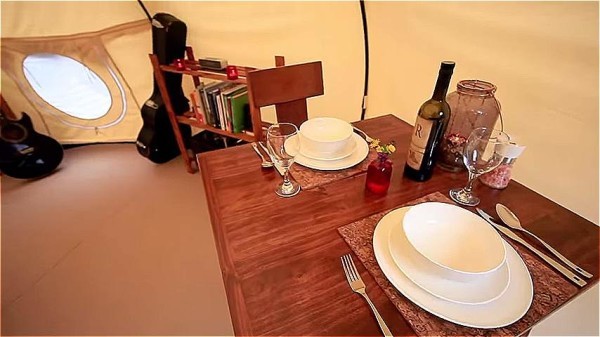 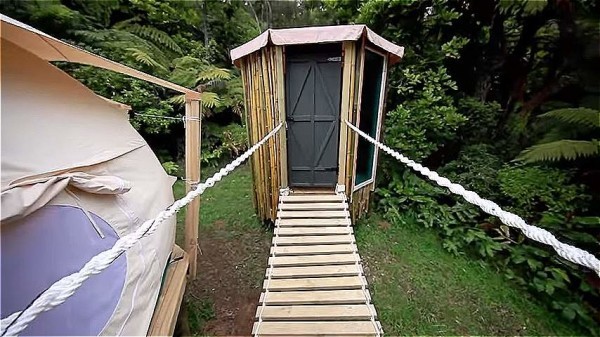 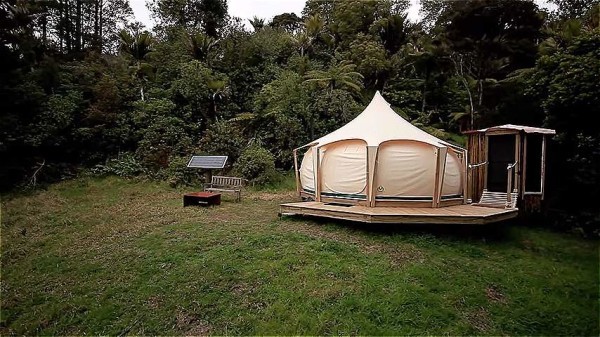 The Outback sits on a customized wooden deck, and Bryce has also built another platform for the nearby bamboo-walled outhouse. Getting everything set up took several months, and considering that investment of effort and the beauty of the result, who could blame Bryce for continuing to take it easy on his original project for a while?