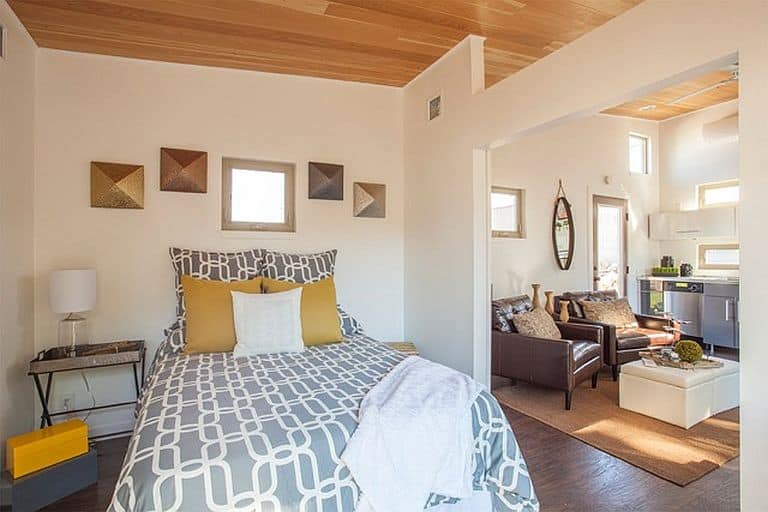 Oregon prefab builder IdeaBox makes a lot of great stuff (like the Northwest and the Haven), but most of it isn’t all that tiny (see e.g. the aforementioned, and their 1,700-square-foot Confluence model). So we can kind of understand where they’re coming from when they call their new Mini.Box “something less than a full-on living space.” But then we look at the justifiably named great room, the full kitchen and bathroom occupying opposite ends of the place, and the private ground-floor bedroom, and we think, hey, that’s a lot of living space! In fact, at 400 square feet, the Mini.Box is the same size as the park model version of the Northwest. In design, it’s kind of the opposite of the Northwest, which has the kitchen and bathroom in the middle instead of on the ends. One makes for more defined functional spaces and more privacy; the other gives a more open feels and more apparent area. Take your pick, they’re both well-executed and full-on livable as far as we’re concerned! They’re also similarly priced, with the Mini.Box at $87,000 and the Northwest running $84,000 – $97,000 depending on what size you get. 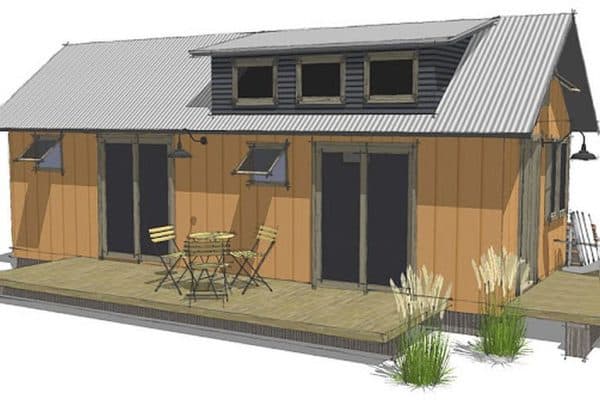 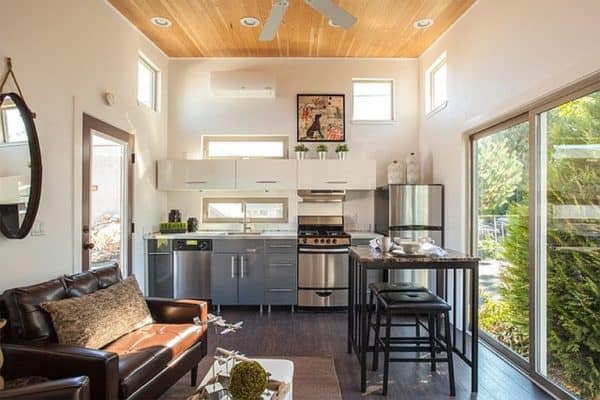 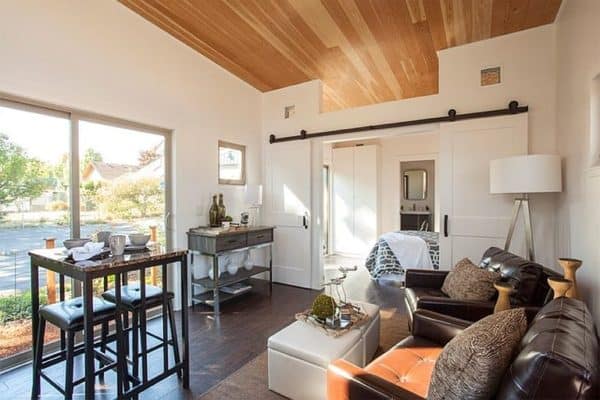 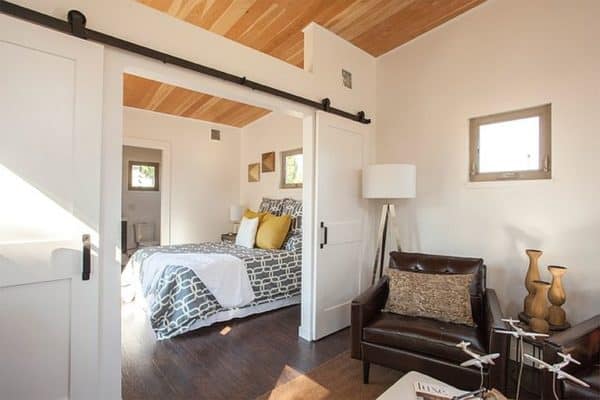 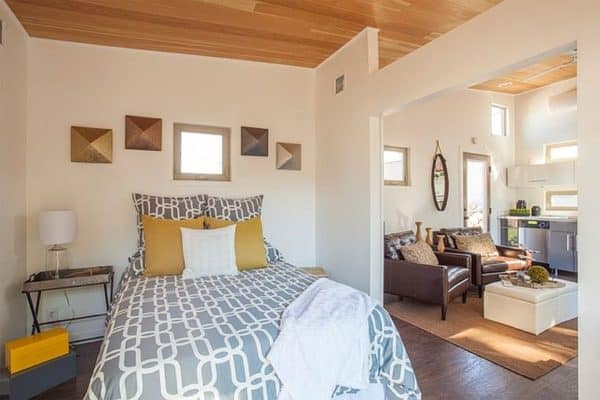 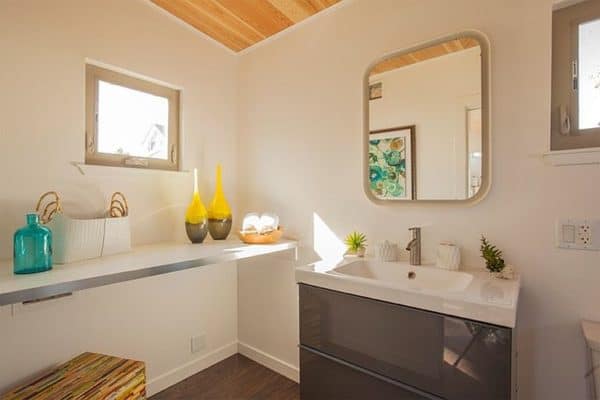 1 thought on “Mini.Box is a perfect mirror image of an IdeaBox classic”