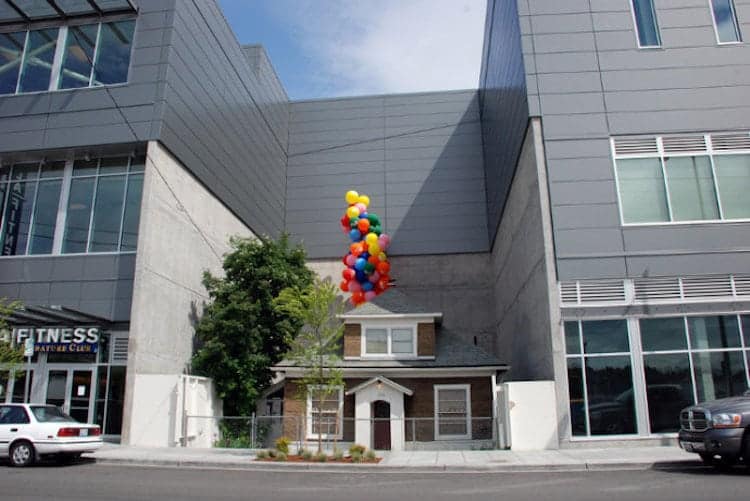 Most of us remember the movie Up in which an elderly man named Carl is forced to move from the home he and his longtime wife lived in. It’s an incredibly heartwarming and sad, yet uplifting story. What you may not realize is there was a real-life version of this that inspired the movie, and it may be even more heartfelt and inspiring.

In the Ballard neighborhood of Seattle there lived an 84-year-old woman named Edith Macefield who some say was the inspiration behind the movie. You see, she lived in the tiny house you see here for much of her life. Over the years she watched as the neighborhood changed, people came and went, and eventually those changes become more pronounced. As gentrification took hold of the area, new developers emerged with grand plans to tear down sections of housing and replace them with bigger condos, flashy Apple stores, and other commercial developments.

Edith watched as more cranes emerged on the horizon and saw the bulldozers plowing their way through the remnants, inching their way closer to her home. When the developers eventually knocked on her door and explained how they needed to buy her property to bulldoze it to make room for a new mall, she scoffed at the idea. 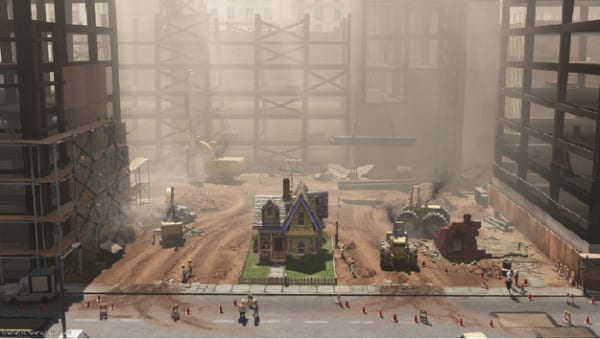 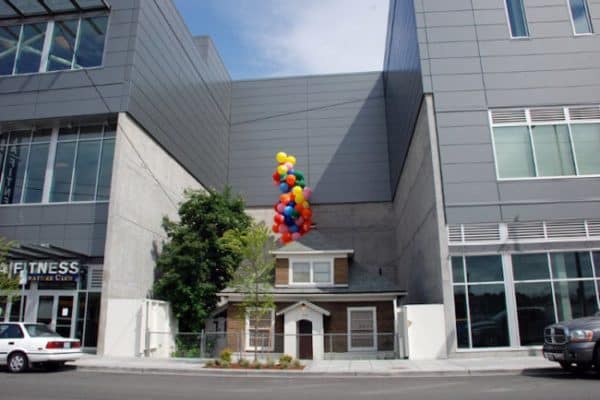 When asked why she wouldn’t budge, she replied:

“Where would I go? I don’t have any family and this is my home. My mother died here, on this very couch. I came back to America from England to take care of her. She made me promise I would let her die at home and not in some facility, and I kept that promise. And this is where I want to die. Right in my own home. On this couch.”

The developers had no choice but to build around her tiny piece of land, boxing her little house in on three sides. Edith turned up the TV to drown out the noise during construction and went about her business.

During the building process she made an unlikely friend with the construction chief, Barry Martin, who befriended her. He made regular visits to her house, picked up medications, got her groceries, and came to like the stubborn woman. In fact, he remained her closest friend as she neared the end of her life. 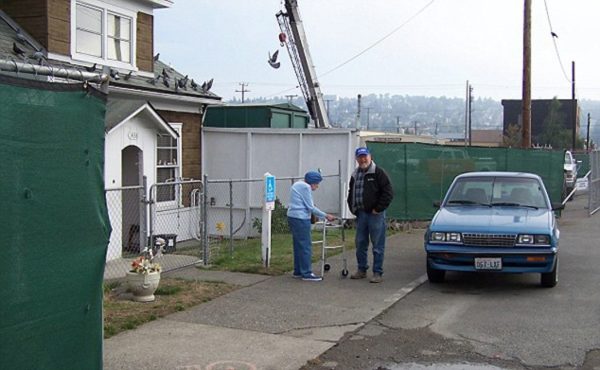 She would tell Barry stories of her youth, during which she displayed the same fierce spirit of determination and stubbornness. She even told him how the Britsh government recruited her as a music student to spy on the Nazis during WWII. He wasn’t sure whether some of her stories were true at first, but soon he realized they had to be. This woman was too remarkable to make up such things. 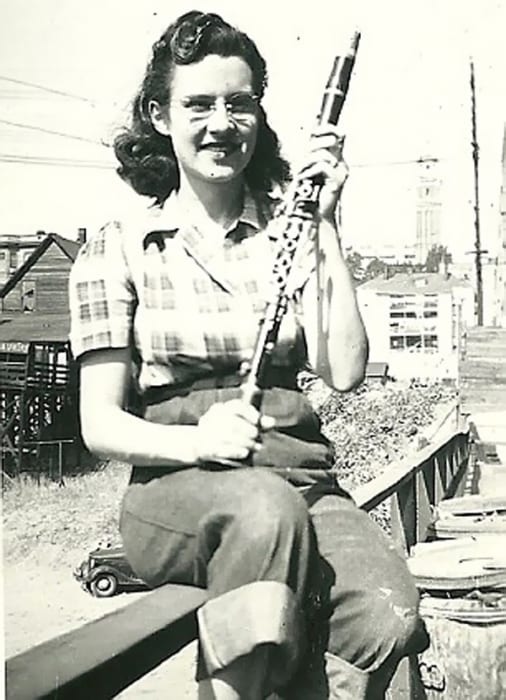 Barry was also the one who drove her to the hospital when he noticed she looked extra thin, and that is when they found out she had pancreatic cancer. In 2008, at the age of 87 she passed away, but left behind a legacy that defines her sense of individual pride and willpower.

Upon her passing, she willed her home to Barry. Barry was so inspired, he wrote a book about her.

You can find the book here if you’re interested.

After her death, the story took root in the Seattle culture and a passionate following sprung up to voice their support for her, and to carry on her proud spirit. A local tattoo artist even designed a tattoo with the word “steadfast” under it, a reminder to hold onto the important things in life. 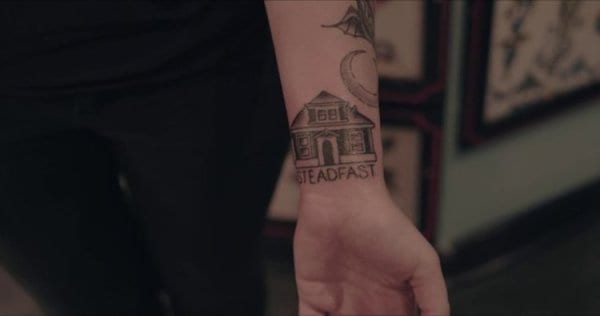 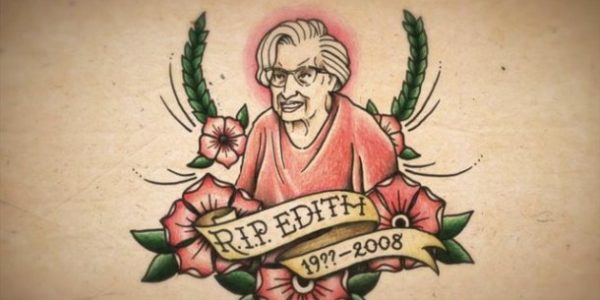 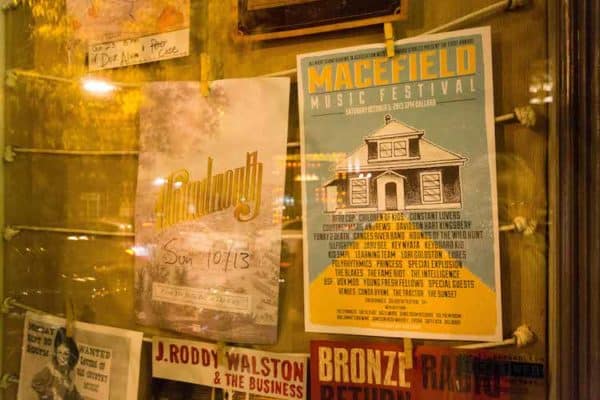 The Macefield Music Festival was held in 2013 in support of her act of defiance. 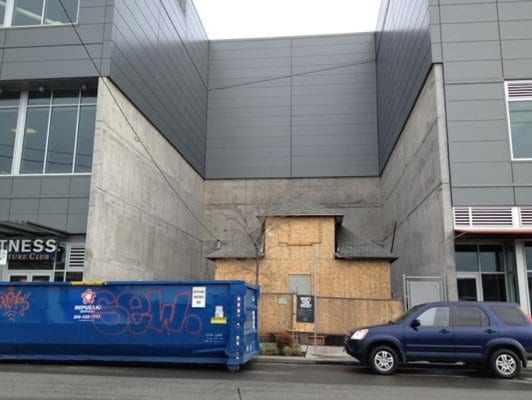 Whether or not her story really did inspire the movie “UP” isn’t 100% verified, but we do know her unwavering character and decision to remain put seems to run parallel with the movie and no matter what, Edith will remain a legend in her own right.

We thank her for the inspiration she left behind. You can learn more about Edith’s story here.