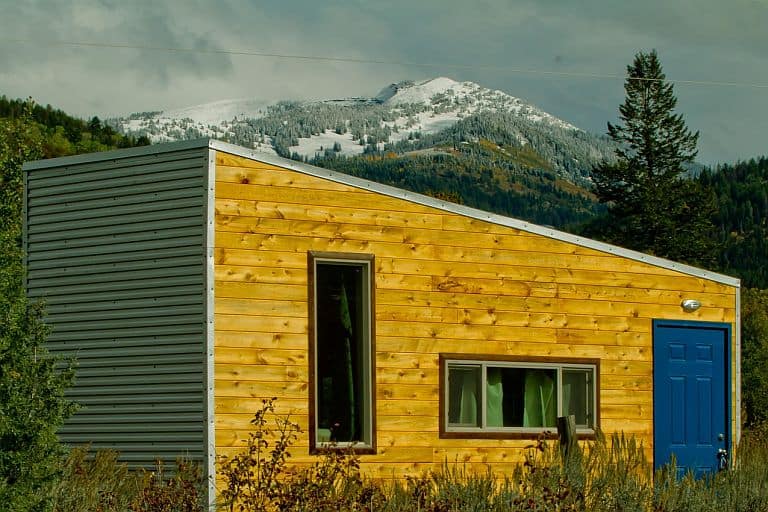 The 200-square-foot Lucky House is well enough finished that it could pass for a standard model from some established tiny house builder, but it’s actually an owner-built place with a number of fairly unusual features. For one thing, under the corrugated metal roof and beetle kill pine siding is a steel frame. That’s becoming a little more common for commercial jobs, but this is the first DIY steel-framed THOW we’ve seen. Then there’s the interior layout, which eschews a traditional living area in favor of a floor-level den under the small sleeping loft. A middle level between the two serves as dressing room while also providing easy access to the loft. It seems to be quite an efficient use of space: because you sit on the floor, headroom in the den isn’t much of a concern; you get what amounts to a walk-in closet; and the short flights of steps look a lot less precarious to climb than a ladder or a set of storage stairs. 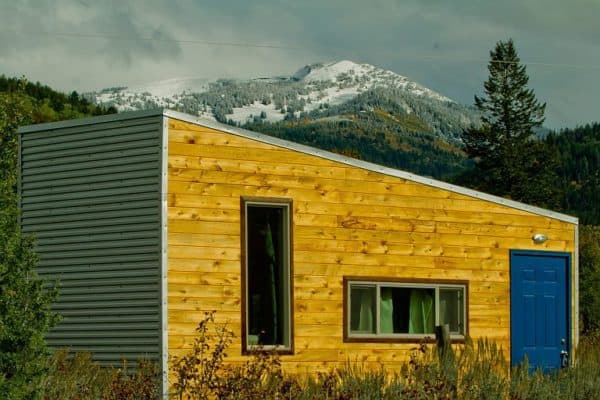 The very adaptable utilities are another unique aspect of the on-grid/off-grid Lucky House. Solar panels and two deep-cycle AGM batteries provide 12-volt electricity to the water pump, fans and lights, while the major appliances such as the oven, water heater, Dickinson Marine Newport P12000 fireplace, and refrigerator/freezer are all propane-powered. The Lucky House can also be plugged in to 110-volt AC, which gets the juice to the electrical sockets inside and provides an alternative way to charge the batteries and run the fridge. Similarly, while there’s a 35-gallon water tank onboard, there’s also a hose connection to make things easier when you’re close to a well. An RV-style sewer connection is also included, but no holding tank; the toilet is a composting one custom-made out of a Coleman cooler and several five-gallon buckets (it does have a chimney and ventilation fan, and apparently works better than you might think). 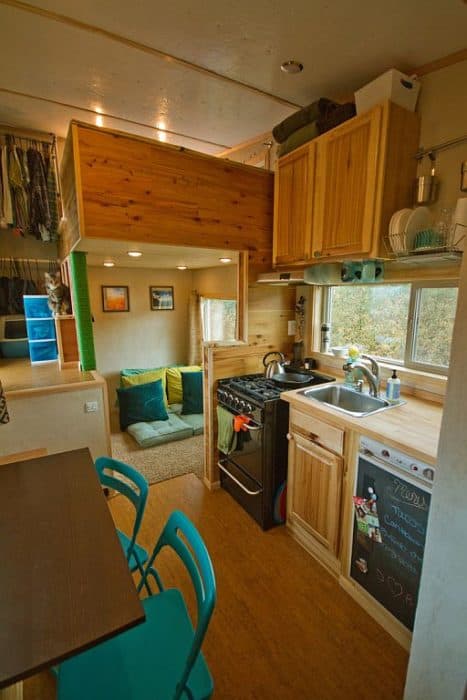 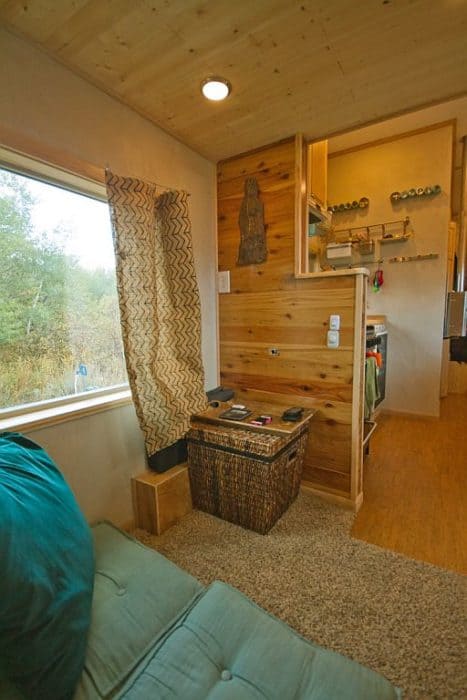 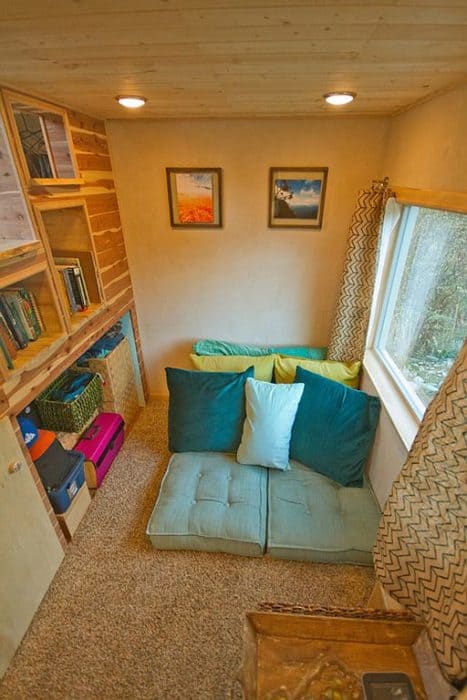 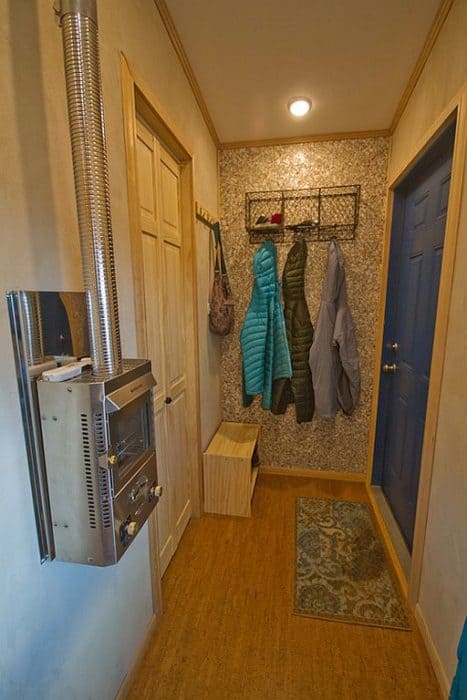 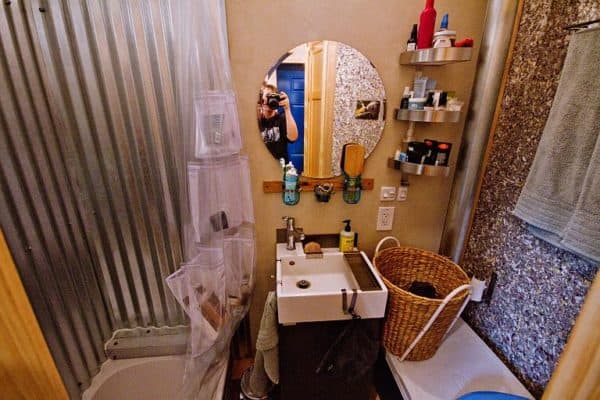 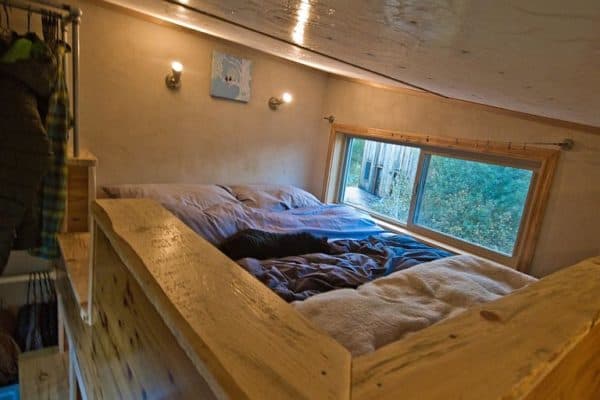