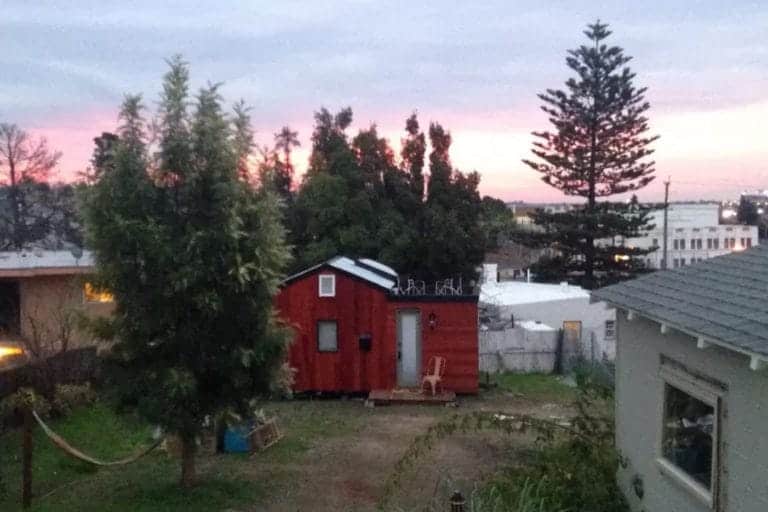 Reid & Robert’s tiny house in Oakland is brand new, and looks it from the outside, but has a charmingly old-fashioned interior with a lot of reclaimed wood and wrought iron, as well as vintage furniture, lamps, rugs and curtains. Robert, who’s won awards for his work in theater design, came up with the unique layout and also handled the build himself. Most of the house – a surprising amount, really – fits into the taller half with the peaked roof. That section contains the kitchen, the bathroom, a study nook, and of course the sleeping loft. It’s a nice use of space: while nothing looks big, nothing looks cramped, either, and it’s all there. The other half isn’t quite as busy, holding only a sitting area – or rather, two sitting areas, because there’s a roof deck on top of it. Reid & Robert are renting the place for $75 a night on Airbnb, where it’s gotten great reviews. 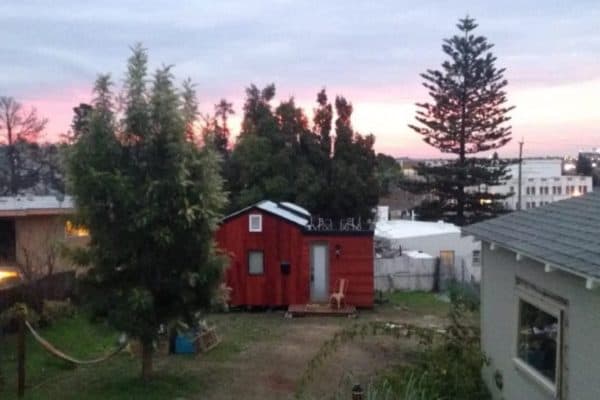 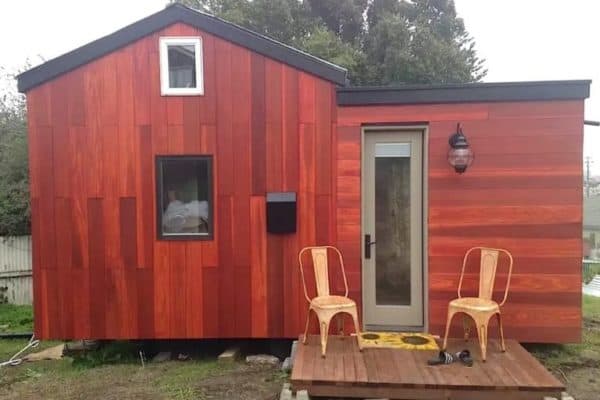 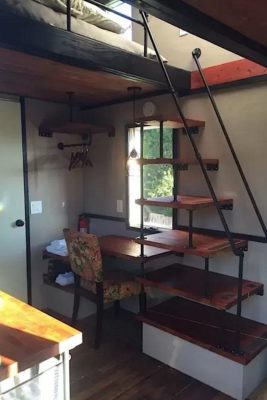 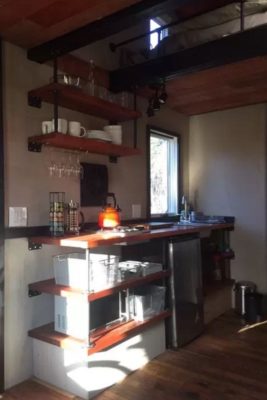 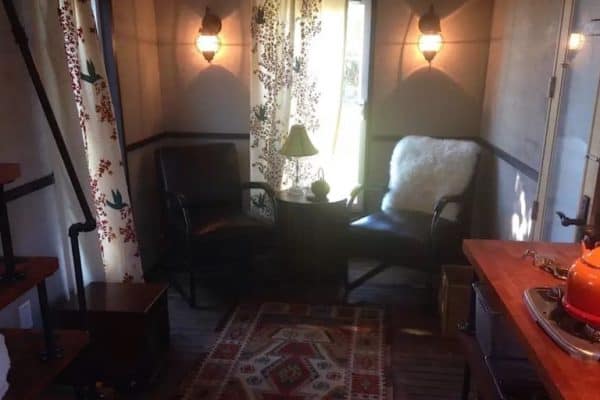 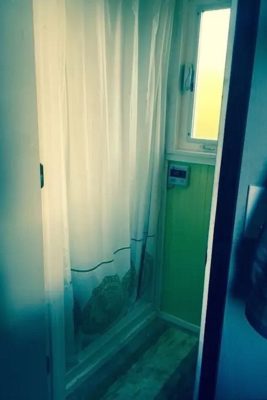 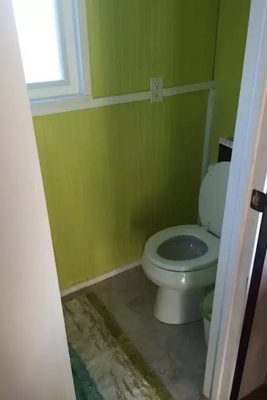 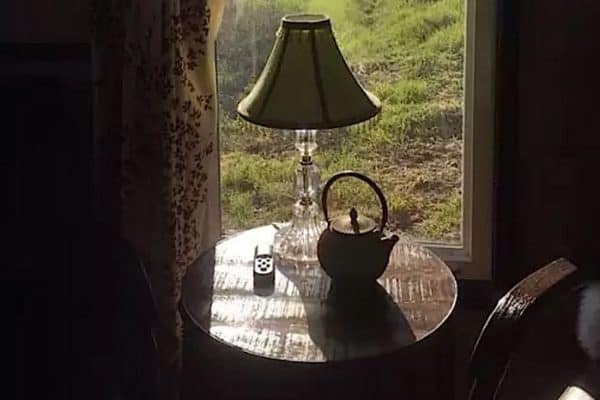