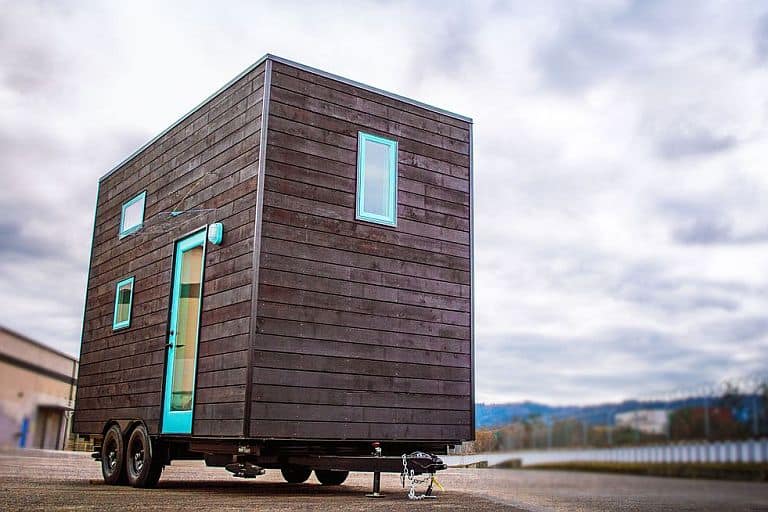 Shelter Wise have done some very elegant interiors in their builds of Portland Alternative Dwellings plans, like the recent Hikari and especially the now-classic Miter Box. So when you look inside their latest, the compact 16-foot Bunk Box, your first thought has to be that they’re not finished yet. Elegant it’s not, and even ‘attractive’ might be a stretch unless you’ve got a pretty serious construction site fetish. They’re packaging it as industrial chic, but when you read the fine print it turns out they’re not really trying to sell you on the style. Instead, there’s a physical reason for leaving off the interior walls, and that’s that in 125 square feet of space, every inch counts. PAD and Shelter Wise got an extra seven inches of interior width this way, adding up to nearly ten additional square feet of floor area by our calculations. Going vertical, the absence of a ceiling results in a healthy three-foot-nine loft height. (Do mind your head on the exposed beams, though!)

Now, once you realize that the Bunk Box doesn’t have to be this plywoody – as PAD points out, you could finish it however you’d like, and a few coats of paint would give it quite a different look – your next question is probably about insulation. It is there, in the form of two inches of closed-cell foam wrapped around the house, and the floor is also thermally isolated from the trailer. Even with six windows, two doors and two skylights interrupting the wrap, PAD says that the setup actually performs better than conventional in-wall insulation, likening the interior to “a well-insulated thermos.”

The floor plan makes the most of the available space. There’s an open living room between the doors, followed by a galley kitchen opposite a closet and built in desk. The bathroom at the end hasn’t room for its own sink, but there’s a nice stainless steel shower stall across from the composting toilet, and the kitchen sink is just a couple of steps away.

PAD is selling plans for the Bunk Box at an introductory price of $69 through November 1, 2016; regular price after that is $99. 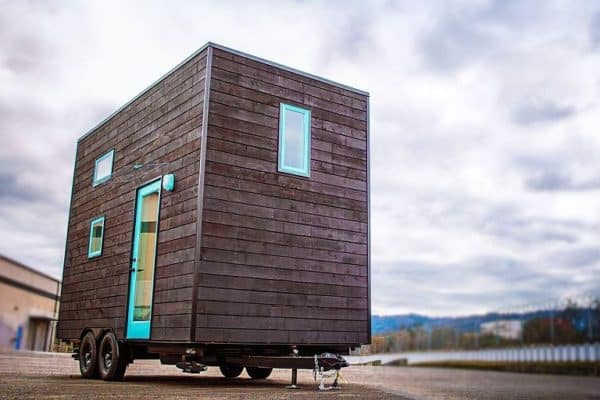 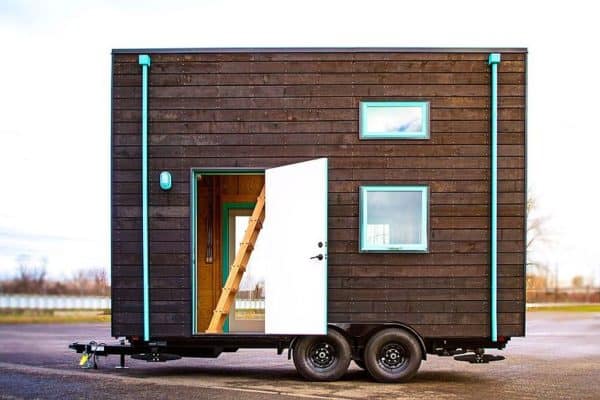 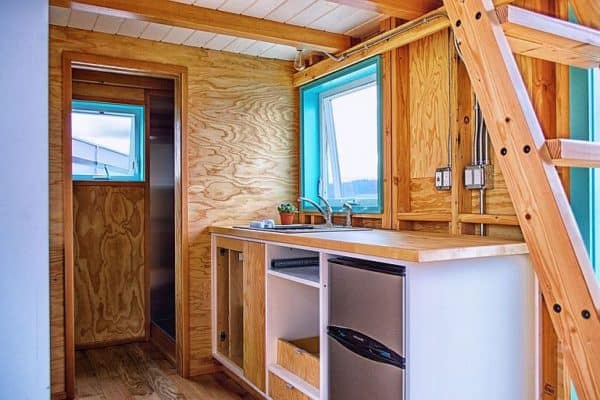 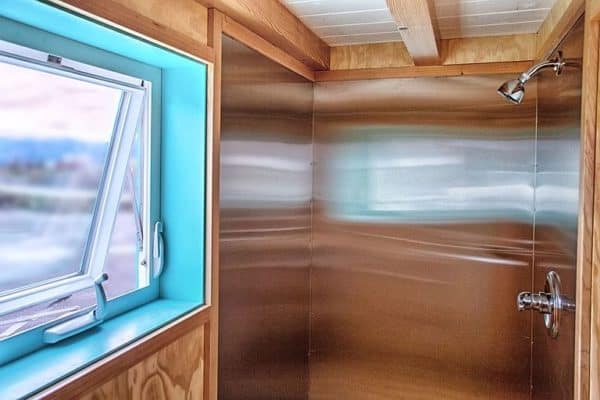 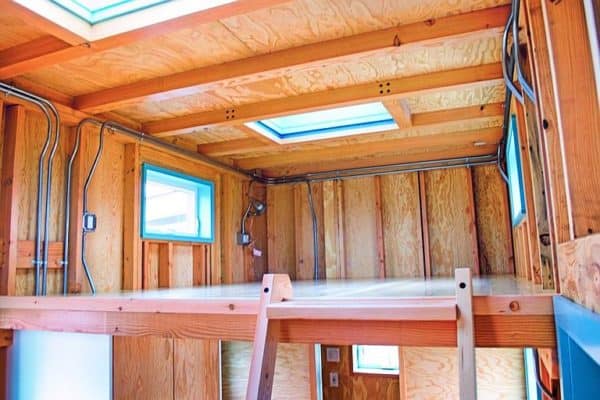 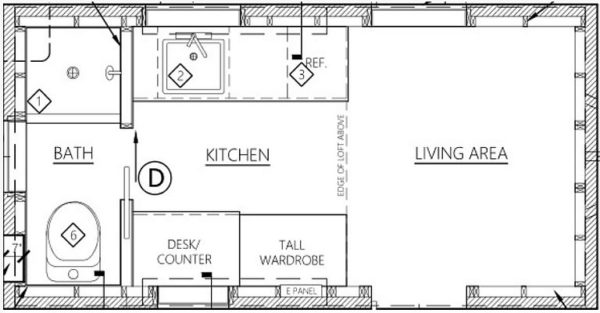