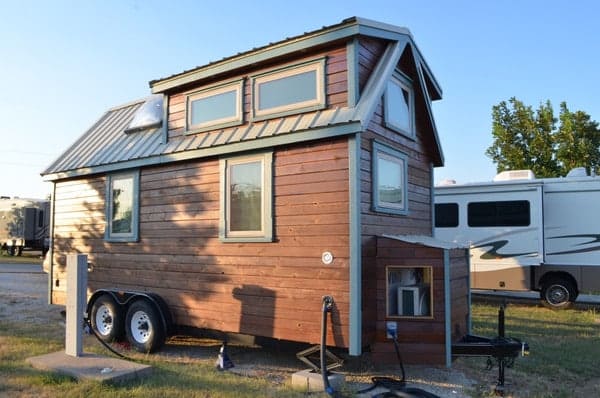 Eddie and Lacy are a young couple, engaged and soon to be married, who live together in a Tumbleweed Cypress they built. Several years ago they made a big decision to live tiny, requiring them to make some serious decisions along the way. Everything they did from that point on was deliberate, aimed at bringing simplicity of living into focus. From the initial preparations to downsize their life to fit into a sub-200sf space, to collaborating on every little aspect of their build, the couple learned how to pare down not just their possessions, but their needs and wants, which ultimately showed them the true possibilities of “intentional living” as Eddie puts it. 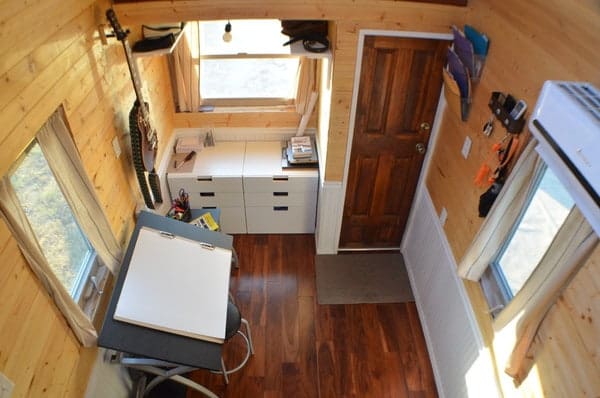 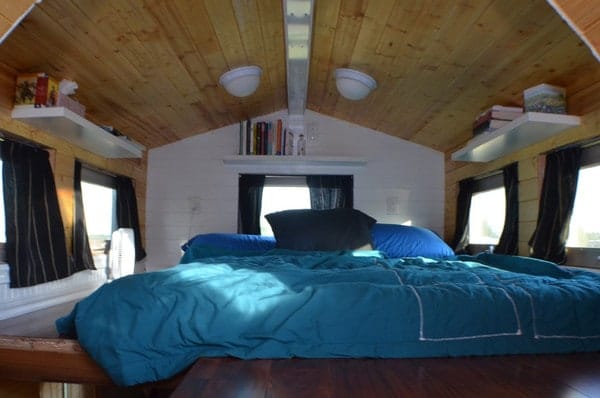 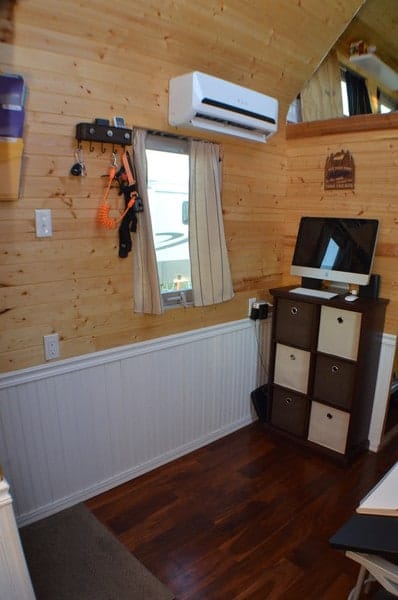 Eddie and Lacey have been living in their DIY Cypress at an RV park in Austin since September 2014. They’re still doing a bit of work on the home, putting the finishing touches on the kitchen and bathroom, but it seems like they arranged the space in a way that keeps clutter to a minimum, while allowing them to remain comfortable and still retain a charming feel.