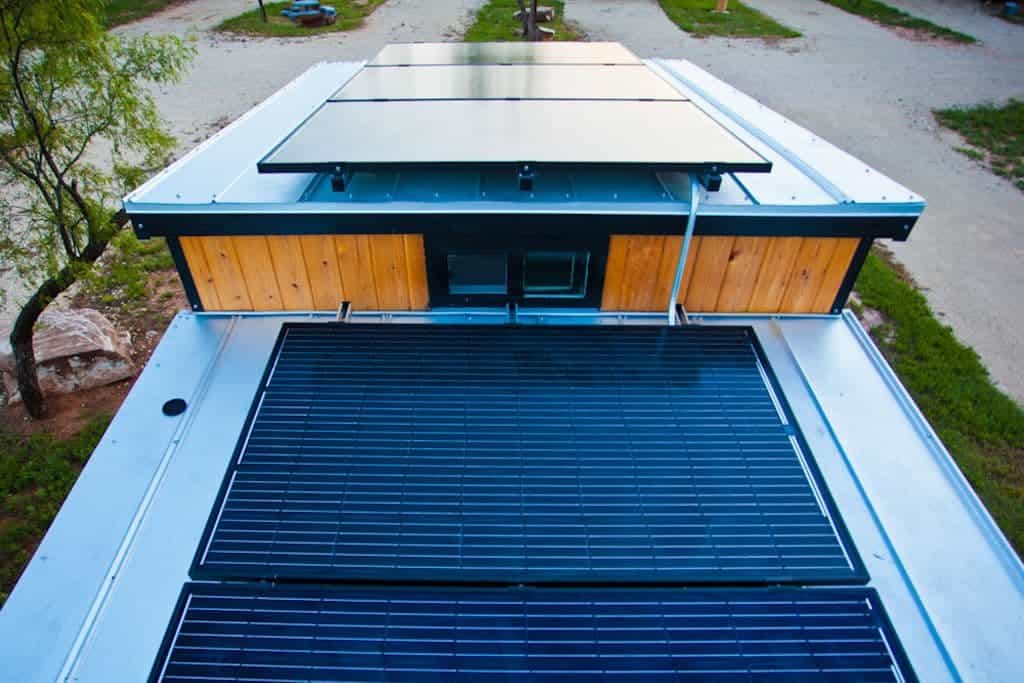 A solar panel or two on a tiny house is nothing new, but six of them, giving a total of 1.68 kW of power and combined with a battery bank that stores three days’ worth of electricity, sounds like something special. Builder Nomadic Cabins certainly thinks so. The Austin company isn’t exactly a tiny house ingénue – they offer sixteen different plans and do custom work as well – but they’re promoting their new Tiny Solar with its own website and a cross-country publicity tour. They’re not the only ones excited about the project, either: a half-dozen sponsors are on board, including SolarWorld, the manufacturer of the Tiny Solar’s panels, and Xantrex Technology, which made the house’s DC/AC inverter.

It’s easy to see why; besides being a promising step towards hassle-free off-grid living, the Tiny Solar is a really nice tiny house in its own right. It’s an original design, 18×9 with about 200 square feet of floor space, timber framed with OSB walls and ceiling and a 5/8 plywood floor. Covering that is an asymmetric mix of tongue-and-groove cedar and galvanized aluminum, which together with all those Sunmodule Protect solar panels makes the Tiny Solar look like it just rolled out of your favorite sci-fi utopia. Going inside you seem to step back a few hundred years into a lovely 1920s farmhouse – but like a lot of things in sci-fi utopias it’s all an illusion. Everything’s quite modern where it counts, with an Energy Star refrigerator and a vented propane oven in the kitchen, a fiberglass shower stall and composting toilet in the bathroom, and reliable but emission-free 120-volt AC in all the electrical sockets.

The Tiny Solar isn’t in production yet, although Nomadic Cabins is taking pre-orders. They haven’t announced a price, but the extra tech will probably push it somewhat over the 32 to 40 thousand they charge for a standard model of this size. 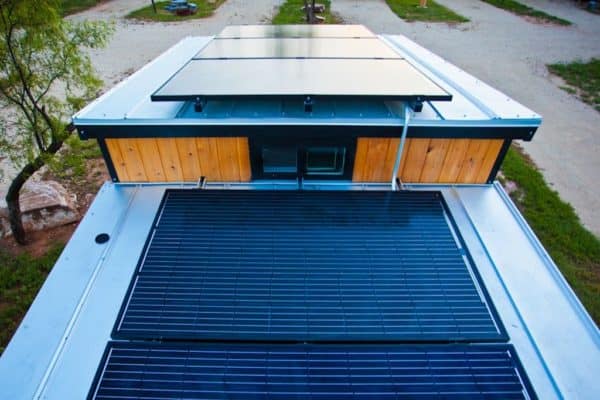 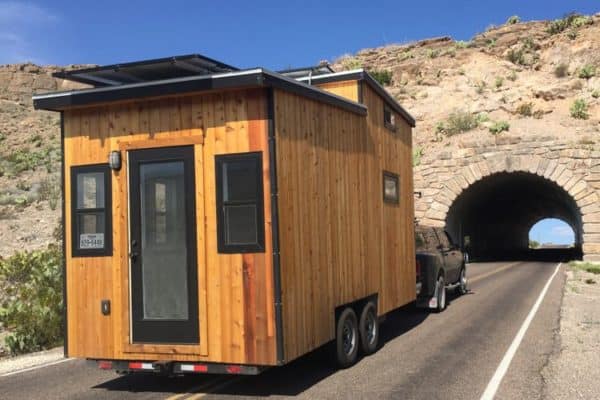 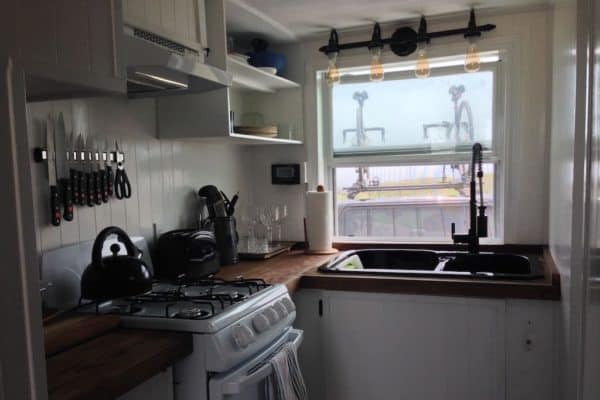 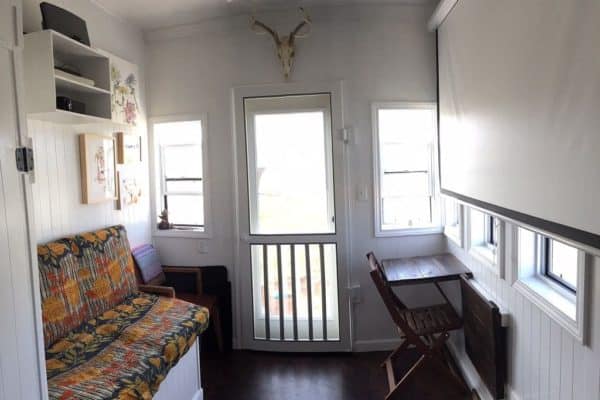 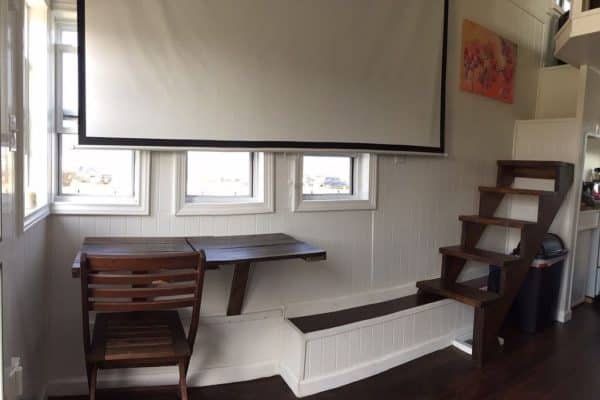 2018 update: Nomadic Cabins has changed its name to Tex West Tiny Houses. The Tiny Solar still doesn’t seem to be in production yet, but the demo unit has completed its tour and is now for sale at the reduced price of $49,000.