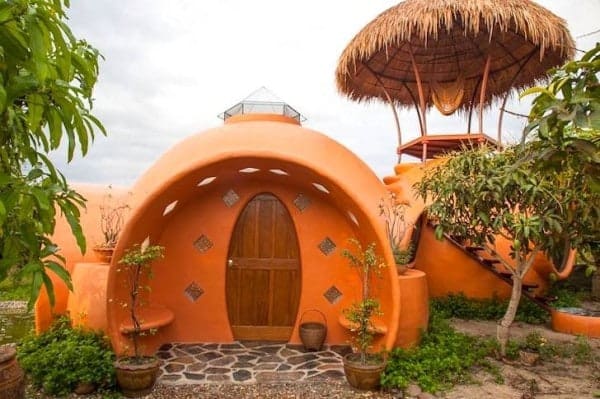 Have you ever gone on vacation somewhere, maybe an exotic place, and fantasized about what it would be like to live there? That’s what happened to Steve Areen, who visited a friend’s mango farm in Thailand in 2011. His friend had been building dome homes on the farm and invited Steve to do the same. It was an offer he couldn’t resist, and he began building his own dome home on the property. 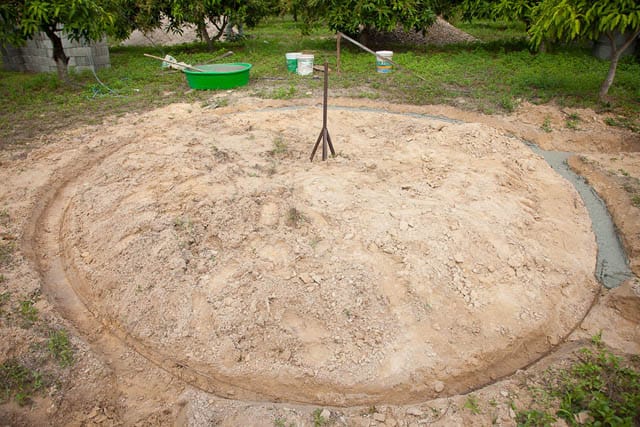 Then arranged the various openings for windows and cemented the bricks in place. 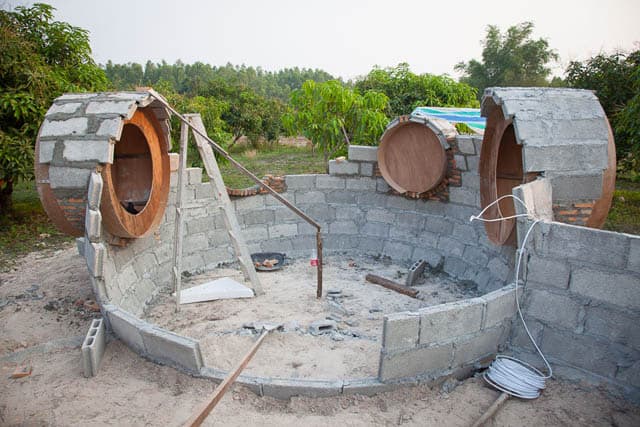 Until he eventually ended up with a stylish 500sf pod shaped home. 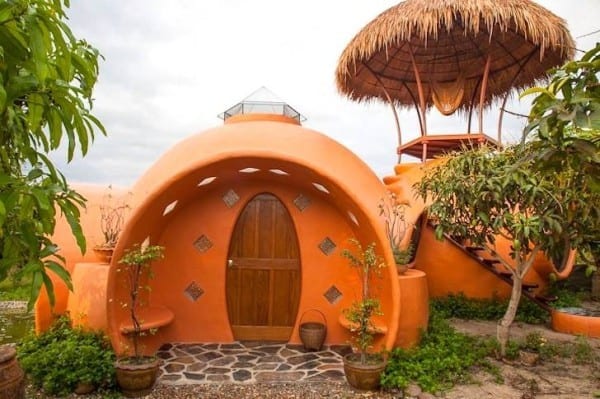 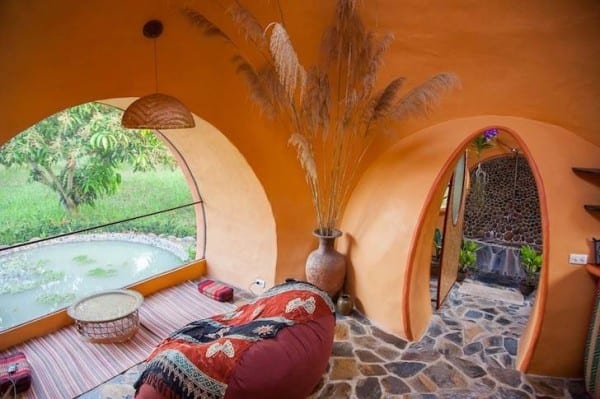 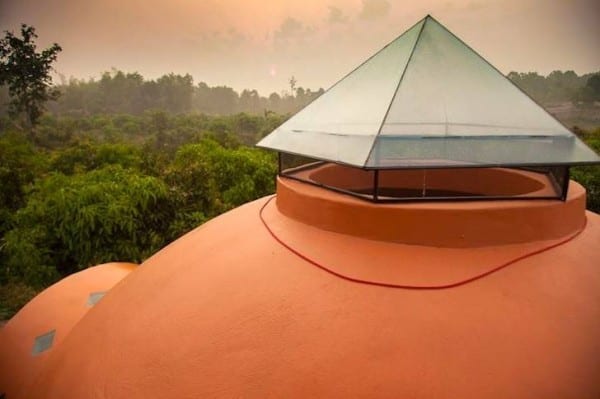 It sure looks like he’s got the life, doesn’t it? 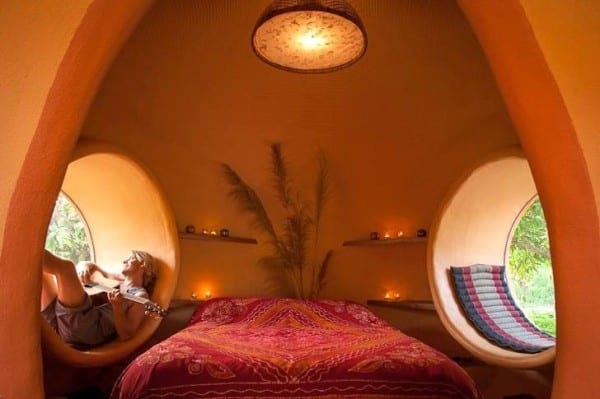 Simple kitchen arrangements provide everything he needs to enjoy a meal and clean up. 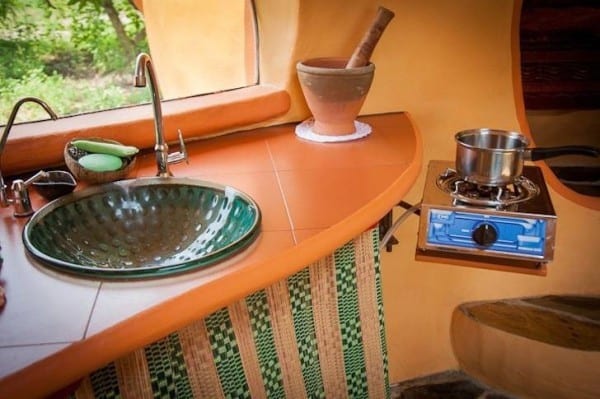 The shower is filled with tropical plants, making it feel more like a private spa. 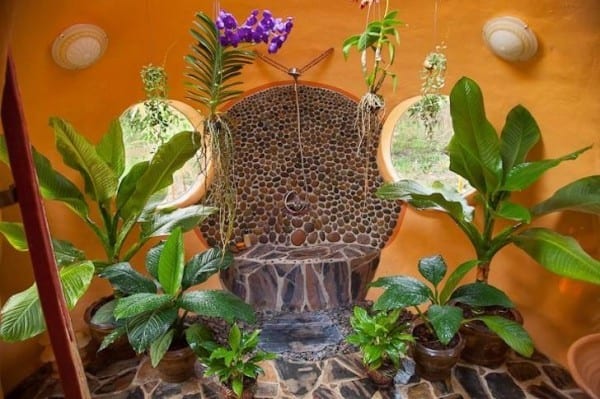 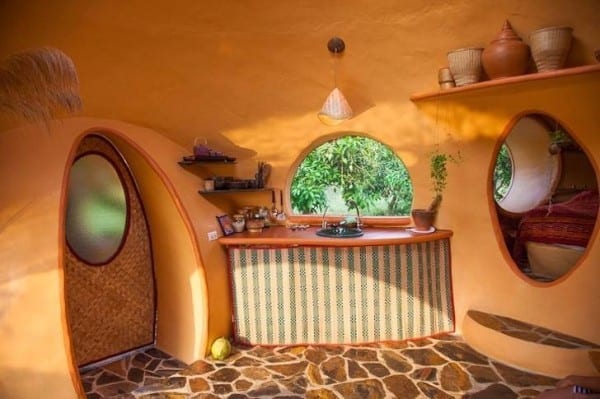 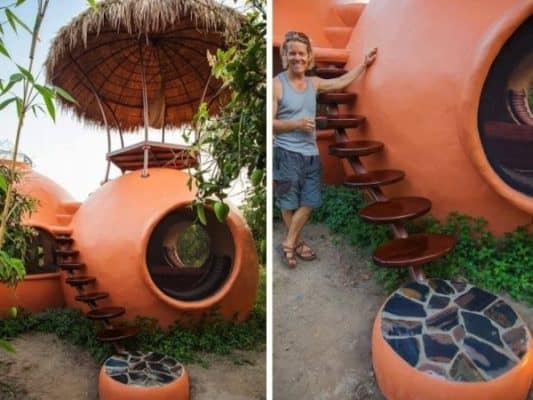 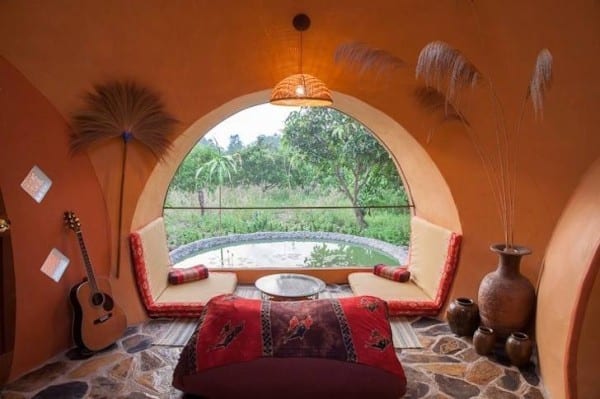 The construction cost only $6000 and he spent another $3000 on supplies, furniture, and landscaping, even making a small pond. Incredibly he built the home in just six weeks, and now he enjoys a debt-free lifestyle in a tropical paradise. He attributes the low cost to the materials used – mostly bricks and cinder blocks. The home looks beautiful despite the low cost, and one reason he was able to save money on construction was because the temperate climate means he didn’t have to worry about things like insulation. In the future he hopes to build more homes like this using sustainable materials and better insulation for colder climates.