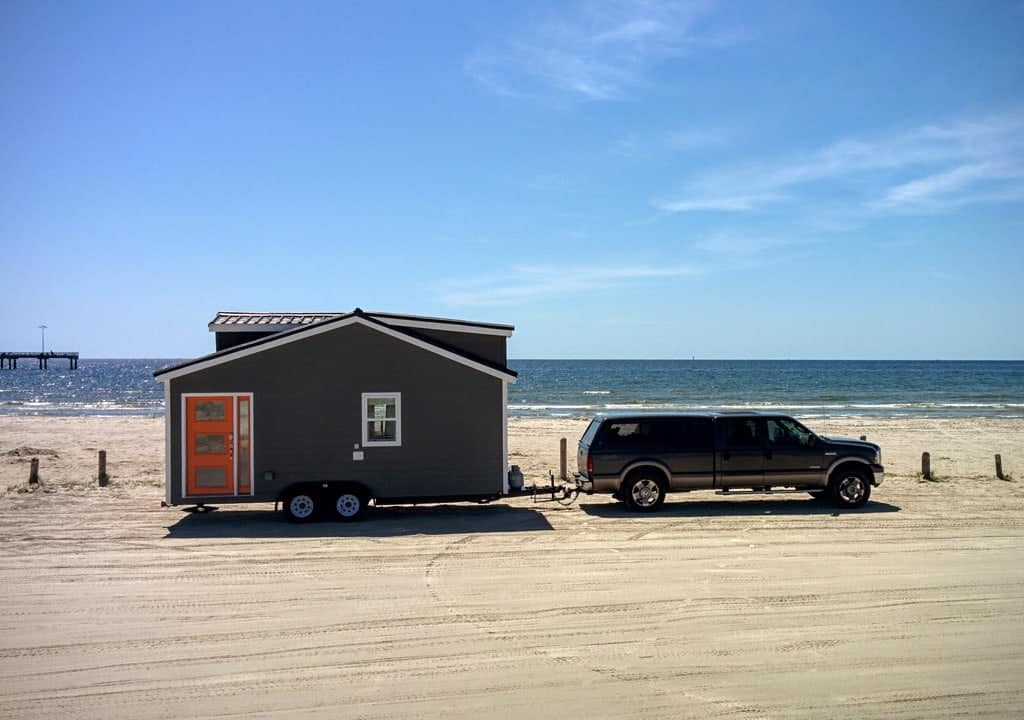 Tumbleweed says their Barn Raiser shell can save over 200 hours of labor. Patrick & Lauren Kennedy might beg to differ – in a good way. The young Kansas City couple picked up their Barn Raiser in February; by April they’d already pulled out of the driveway and embarked on a planned six-month tour of North America. Compare that with the pretty-average year for DIY tiny homebuilding, and maybe the Barn Raiser’s time savings should be measured in months rather than hours. Of course, the Kennedys also did their bit: close to three months full-time installing the roof, insulation, siding, plumbing, electrical… and that’s not even mentioning the very nice finish work! They’re still going strong after a month on the road that’s taken them through Louisiana and Texas and on to New Mexico with no complaints aside from some defective tires and the challenges inherent in towing a massive and not particularly aerodynamic load down the Interstate. Their blog, Wanderlust, hasn’t run out of steam yet either, so you can go there to follow their continuing adventures through the West, the East, and Canada too. 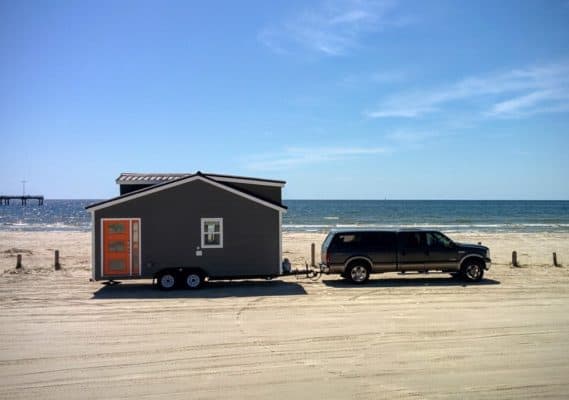 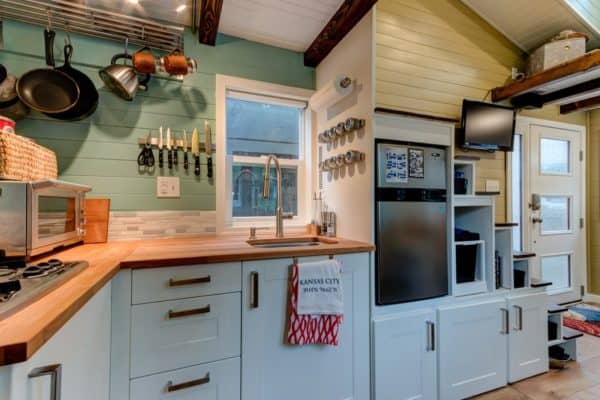 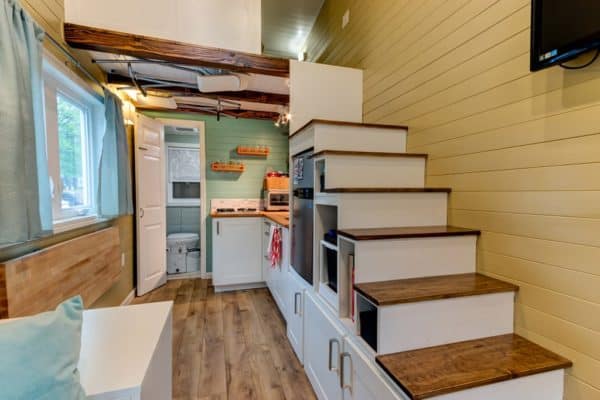 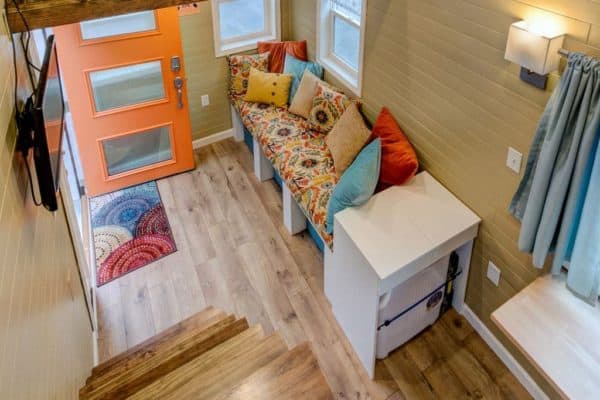 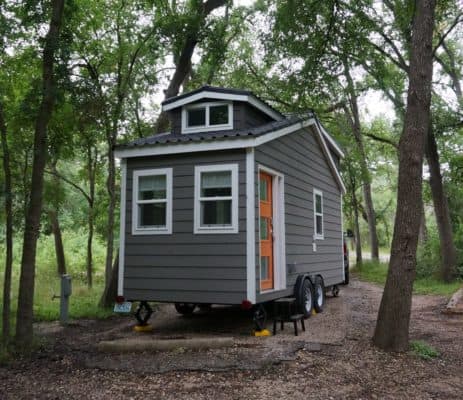