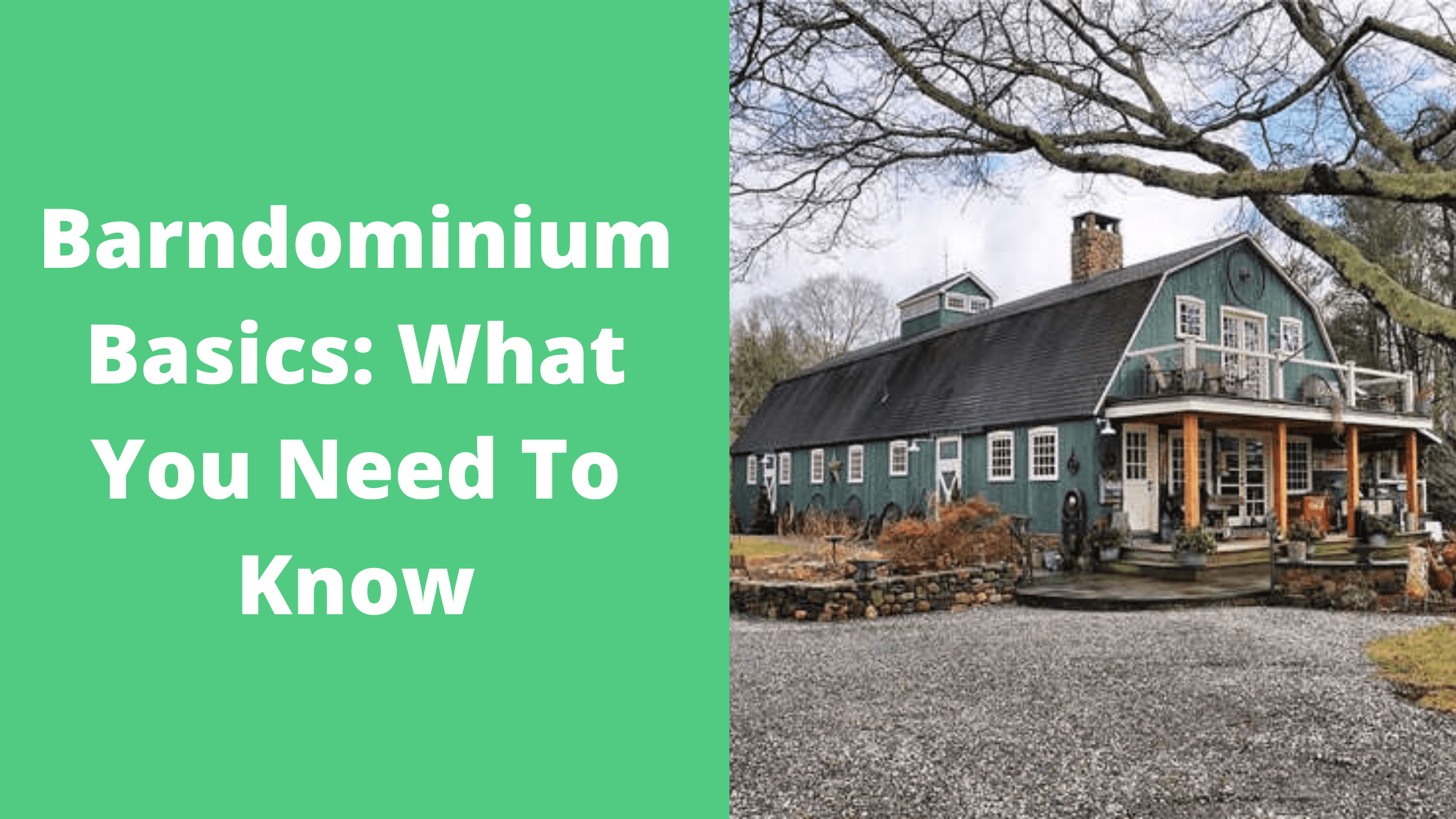 Tiny homes are one alternative form of housing. Barndominiums are another—and they’re at the opposite end of the spectrum, size-wise.

As you might have worked out from the name, barndominium’s, aka barndos, are converted barns—or buildings that resemble converted barns. And while there was a time that these buildings were created so livestock owners could keep an eye on their animals, these days you won’t have to share your home with any four-legged beasts.

Barndominium popularity has spiked in recent years as people have become more interested in alternative housing options. Instagram and Pinterest have further heightened the appeal of barndos with accounts featuring romantic images of beautiful barn-style buildings.

To get you up to speed on this latest housing craze (and for those thinking that tiny houses are just a little too tiny), here’s everything you need to know about barndominiums.

A barnodomium is essentially a barn that’s been turned into a living space—hence the name, which is an amalgamation of ‘barn’ and ‘condominium.’ They’re usually metal structures that look like a warehouse or large barn from the outside but inside you’ll find a contemporary living space.

Barndominums originated in Texas where, traditionally, they served a dual purpose. At one end, you had a living space. At the other end, the building continued to function as a barn for livestock. This meant ranchers didn’t have to leave the building to check on their animals during bad weather.

While most barndominiums are made by specialized contractors, it’s also possible to build your own barndominium using a pre-fabricated kit, such as those provided by Gen Steel Buildings.

How cheap is a barndominium?

However, because the size and design of barndominiums can vary so much, prices also differ hugely. High-end options include all the fittings and fixtures, such as windows, glass doors, and other amenities. Or you can order a basic barndominium kit and construct it yourself for around $20 per square foot.

As with tiny houses, you may find that financing your barndominium is a bit tricky. Nevertheless, there are some national lenders who will help you secure a mortgage for your home.

Disadvantages of a barndominium

This sleek Airbnb is situated in a woodland in Ohio and has a huge front porch, a back deck complete with a hot tub, and an outdoor fire pit. It’s beautiful and sophisticated with a monochromatic color palette.

This barndominium in Texas is situated on a 26-acre lot and has a proper rustic feel to it with stained concrete floors, a large porch, and a simple rectangular shape.

Barndominiums: the opposite of a tiny house?

It might seem that barndominiums are the polar opposite of a tiny house due to their immense size. People are partly drawn to them because they want to enjoy somewhere more spacious and with added room for workshops, offices, or recreational space. Meanwhile, tiny home owners are looking for minimalist living, cutting back on extra space wherever they can.

Nevertheless, barndominiums and tiny houses do have a couple of things in common. They are both cheaper alternatives to conventional housing. Both are fairly energy efficient. And both can be DIY builds if you’re up for the challenge.