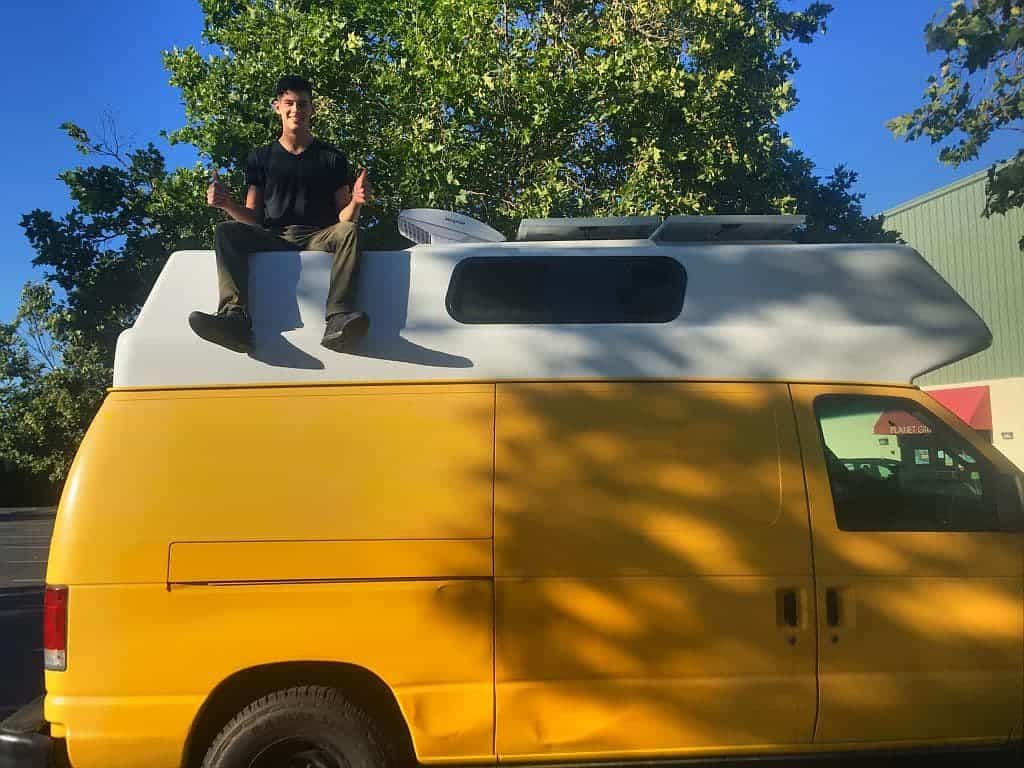 A young man called Evan Jordan has finished creating a cub-cadet-yellow Adventuremobile just in time for the ultimate summer road trip. It’s a 2006 Ford E250 that Evan found on craigslist and spent four months turning into a slick ride that doubles as a motel-free home away from home. Working weekends and evenings (which last was a lot easier after he got the LEDs in), Evan de-rusted, repainted and insulated the van, put in a Fiberine hightop that gives six-and-a-half feet of headroom, totally redid the interior, and added solar panels with deep cycle batteries for electricity and a propane tank for heat and cooking gas. The completed vehicle has a memory foam mattress and a fridge/freezer, but no plumbing; water is from military-grade LCI five-gallon plastic cans. If you have the time and the bandwidth you can read the whole story and see the high-res photos at Evan’s Imgur album; or check out the condensed photo tour below. 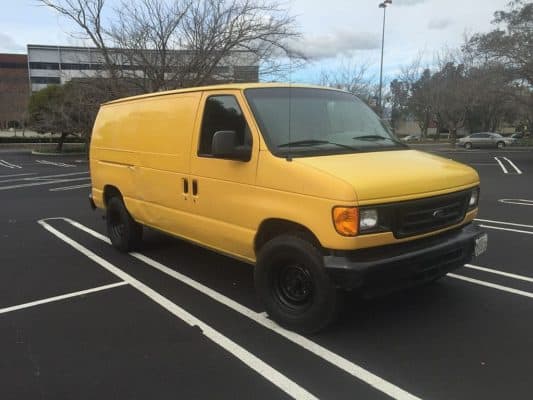 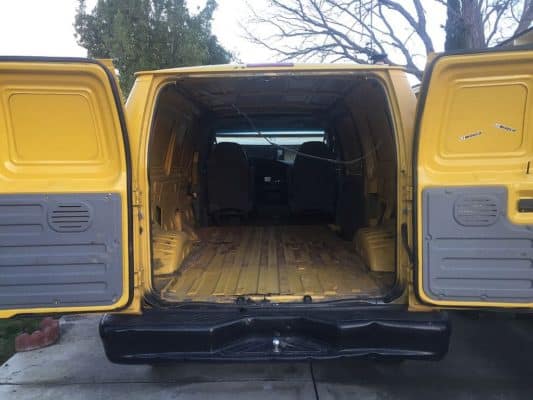 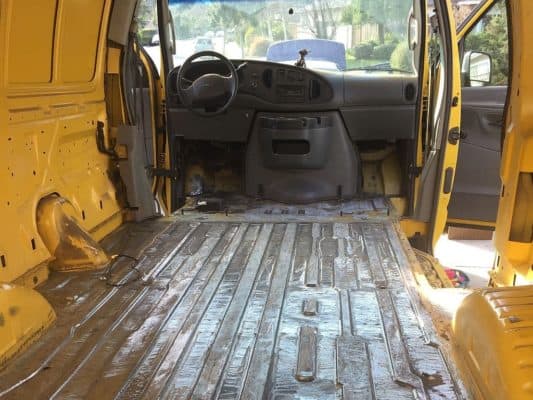 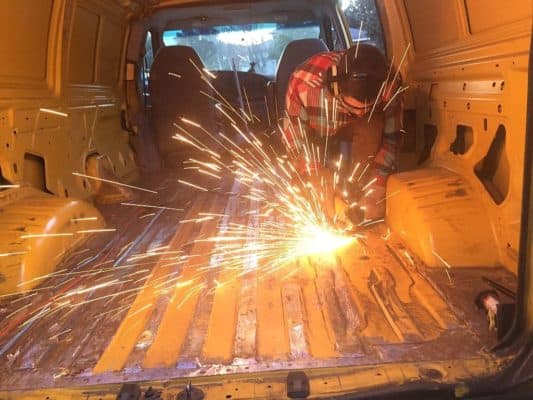 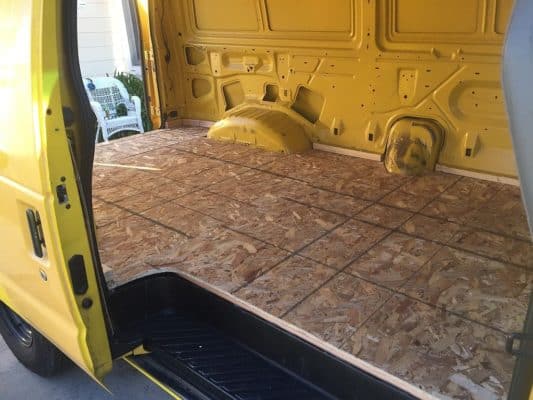 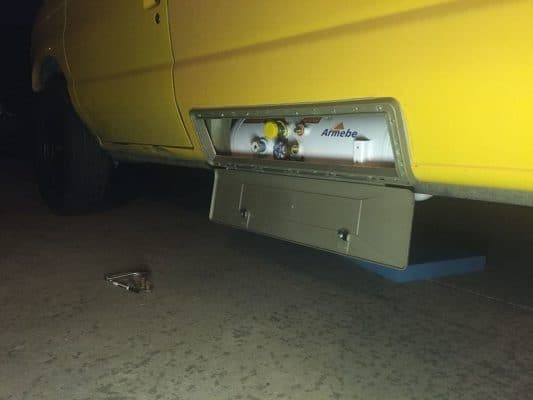 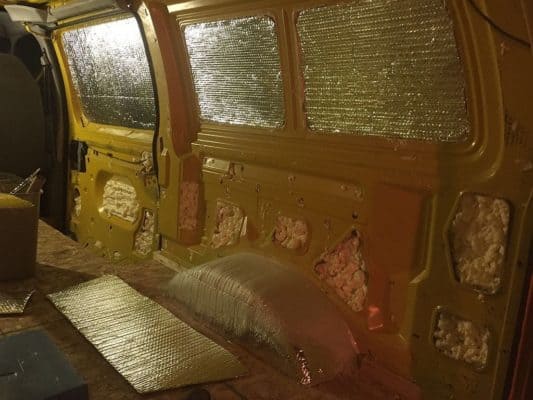 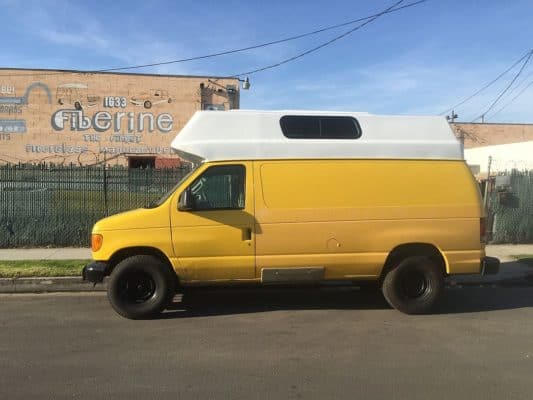 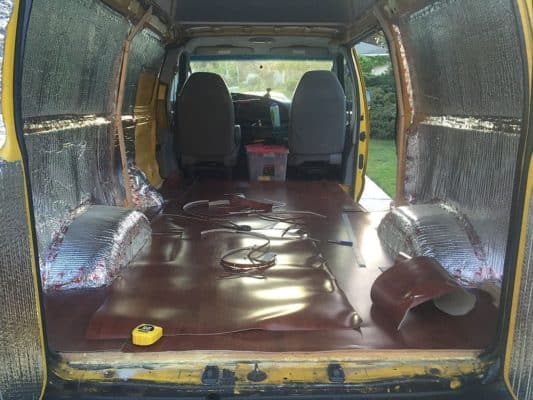 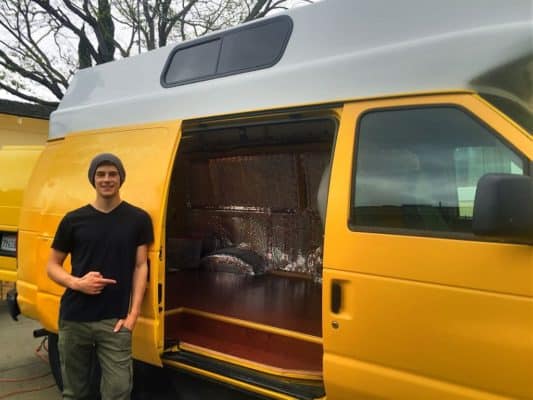 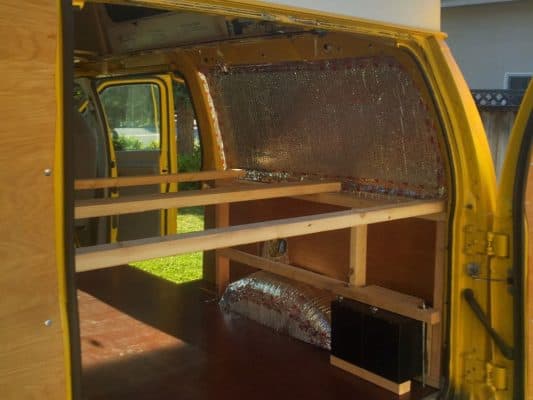 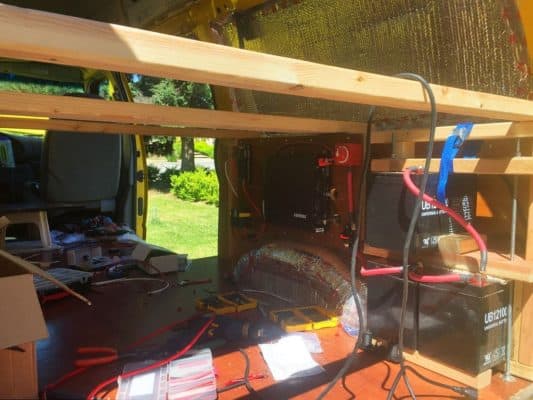 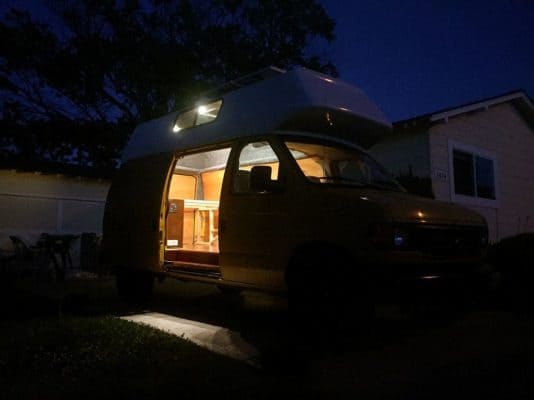 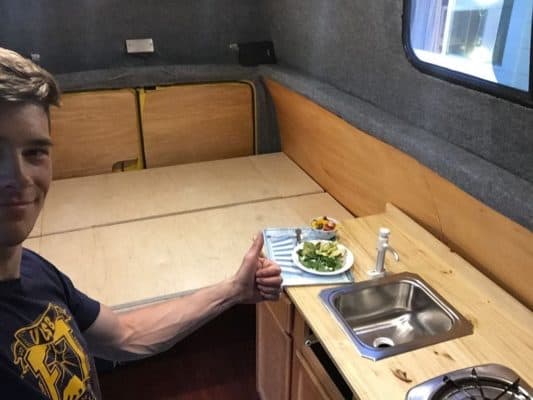 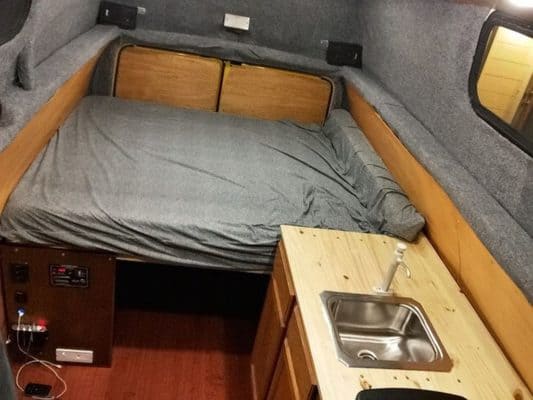 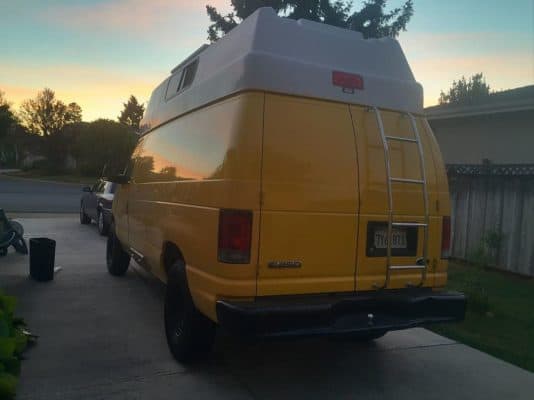 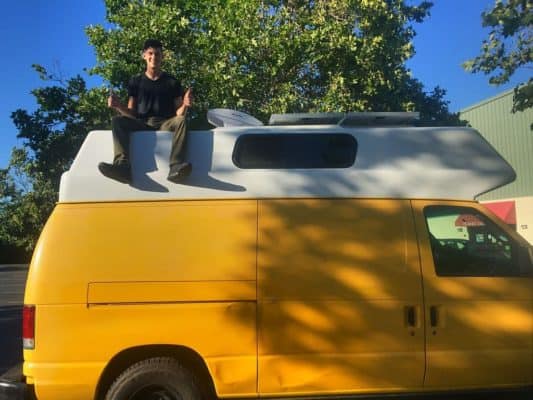